It is possible to stay here without having direct contact with the host or other people; contactless payment and key delivery.
4  persons
100m² living area
2 bedrooms
2 bathrooms
max. 4
100m²
2 BR
2 BA

Online for over 4 years

In Majorca we have created a place for your time out. Just leave the noise behind, the agitation, the everyday life.

Situated in the hills of Manacor, the Finca Mi Corazon is located in the east of the island. For me it was love at first sight.

Immersed in a 21,000 m2 large, beautiful fenced-in plot with a huge pool and a wonderful view into the surrounding countryside, a well-being oasis has emerged, in which up to 4 people can leave the everyday life behind.

The location also ensures pleasant temperatures during hot summer nights. A light wind does its rest.
The rooms are flooded with light, in the summer they protect the windows and the thick walls from the heat. In the winter, a fireplace and a heating provide for a pleasant room temperature.

A really special place. If you sit under the tree in front of the house, all ballast falls off and you just feel comfortable.

Mi Corazon consists of two bedrooms with two bathrooms en suite, a kitchen and a living / dining room with fireplace.

If you like to cook, this will be a pleasure in the fully equipped kitchen and in the barbecue area.

In addition, you do not need to do without your Bundesliga or favorite messages on holiday. A modern satellite system was installed, as well as WLAN.

This domicile uses renewable energies and protects our environment.

... by the way, this object should have touched your heart, but you have already booked it, so you can still contact us and we will endeavor to recommend you a different beautiful domicile (with character & soul).
Licence or registration number: ETV/5665

distance to next shop 2 km

centre of the village 3 km

distance to next motorway 1 km MA 15

Manacor, in the east of the Balearic island of Mallorca, is the third largest municipality and at the same time the agricultural center of the Llevant region. The name means in German as much as hand at the heart. Therefore the coat of arms of the city is a hand holding a heart.
The Llevant (German: East), is called the landscape zone on the east side of the Balearic island of Mallorca, includes the municipalities of Artà, Capdepera, Manacor, Son Servera and Sant Llorenç des Cardassar.

Hills and mountains, steep coastlines and sandy beaches, dreamy bays and fertile fields make a landscape of Mallorca a kind of Mallorca concentrate. Nowhere on the island are all the elements united in such narrow space. This is true not only of the geographical sense but also of much more.

Wind, weather and rain have formed gentle hills of limestone cliffs, covered with mastic and broom bushes, heather, wild or faded olive trees, pine and Aleppo pine trees, surrounded by the smell of lavender shrubs, rosemary and cistus. Like a common thread, the garriga runs through the east. From Cap Ferrutx you can see the Sierra de Artàna, with the highest peak (509 meters) from Son Salvador, down to the 1,300 meter deep Coves del Drac.

In the north-east, the Llevant, with numerous coves, is waiting for you, like the pearls of Majòricas, including the famous beaches of Cala Millor, Sa Coma and S'Illot, which have long since become an insider's tip to the massif.

To the west of the Llevant lie the wide fields of agriculture in the area of ​​Sant Llorenç and Manacor. Work, pull the plow, carry sacks full of grain, pump water from a Sinia (a Moorish ladle) in endless circles around the axis, all of which have been done by countless donkeys and mules. Gradually, they were replaced by modern tractors and machines. The horses on Mallorca had nothing to do with all the work, at all events pulling a car, which was not so much for transport purposes, because the Mallorcan horses are real racers.

Twice a year the Llevant is home to all the trotting fans, the breeders and the breeders on the Manacor track, when it comes to the Gran Premio para Tresrosos. Not the Edelleute began with the horse breed, but in the early 20th century the farmers from the Llevant.

Llevant has the most recent nature conservation park on the island of Majorca. It was declared a protected area of ​​PARC NATURAL DE LA PENÍNSULA DE LLEVANT in November 2001 and comprises a total of 21,507 hectares of which are 16,232 hectares of land and 5,275 hectares of land. It is located in the north-east of the area. You will find unspoiled bays and mountains with numerous dwarf palms. Among the birds there are the coral gulls, the peregrine falcons and the dwarven eagles. Most of the land turtles of Majorca are located in this natural park

Pretty patrician houses, watchtowers and old windmill remains reveal much about the past of the city. In the course of centuries, Manacor has grown so large that, to Palma, it grew to the most populated locality on Majorca.

Manacor has some sights to offer, which are always admired by tourists. Among them is the prehistoric settlement Hospitalet Vell, which is located on the road from Manacor to Calles de Mallorca. This settlement is a Talayot ​​settlement. One of the peculiarities of this settlement is the Talayot, a tower with a square floor plan, which, in addition to the Mediterranean column, has also retained the roofing of large stone slabs and a rectangular enclosure.

But Manacor has much more to offer. A place of interest is the early Christian church of Son Pereto, which is located on the highway from Palma to Artà.

The tower of Torre del Enagistes is on the road from Manacor to Cales de Mallorca. In the 14th century, the Torre dels Enagistes was a protective building and mansion. Today it is the seat of the Museum of Manacor, which houses an exhibition on archeology and ethnology in the municipality of Manacor.
In the famous caves of Coves del Drac, located in Porto Cristo, not far from Manacor, is the Martal Lake, one of the largest underground lakes in the world. The Coves del Drac hosts daily concerts with classical music. A real pleasure for music lovers.

Another attraction for Mallorca tourists is the markets of Manacor where there are fresh fruits and vegetables as well as other things typical of the area. Manacor offers a year-round infrastructure and is therefore best suited for stays in the off-season.

Or walk / go to the very popular "eco" path 'Via Verde' at Manacor.
In 1921, a steam-driven train ran for the first time between Manacor - where the island's pearl industry is at home - and Artà in the north-east. This part of Majorca known as the 'Levante' (Mallorcan 'Llevant') is often crossed over to other island regions. There are gentle, wooded hills, peaceful valleys, small towns and villages, interesting sights and a varied coastal line.

When the railway line was shut down in 1977, the route deteriorated. And although in recent years plans for their reopening as a tram line were in place, they had no chance because of the recession. Today, the 29-kilometer path leads to a new flowering - as an ecological path called 'Via Verde'. Motorized vehicles are forbidden and the route is monitored by solar security cameras.

Spain now has a network of over 100 such natural trails, all of which are disused railways that have been upgraded for this purpose. The first was released in 1993 and, like all others, is open to the public, suitable for people of all ages and physical condition.

The 'Via Verde' from Manacor to Artà is the only one of its kind in the Balearic Islands and lures with changing landscapes along the route (sometimes even in the distance even the sea). It is also possible to visit the places of interest or small fortifications. In Sant Llorenç, Son Carrio and Son Servera the path leads past restored old train station buildings. And artà local artisans offer local crafts.

Joggers, hikers, cyclists and riders from the area are already using this relatively new route diligently (officially inaugurated in October 2014). Sunday morning is particularly busy. On the edge of the road six picnic places invite you to picnic - with tables, benches, bicycle stands and dustbins (but unfortunately without sanitary facilities).

More than 15,000 shrubs and nearly 5,000 trees were planted along the route, including pines, pebbles, tamarinds and mulberry trees. Information boards provide helpful information on the flora and fauna along the path and about places in the area that you might want to visit.

You do not need special hiking boots - the smooth surface tread (also sneakers) is sufficient for the smooth surface finish. The only small point of criticism: there are hardly any signposts in the villages that point the way to 'Via Verde'. Apart from that, it is a welcome enrichment for Mallorca, especially for people who would like to explore the island on their own.

recommend for: adventure and experience, holiday with children, cultural and sightseeing holiday 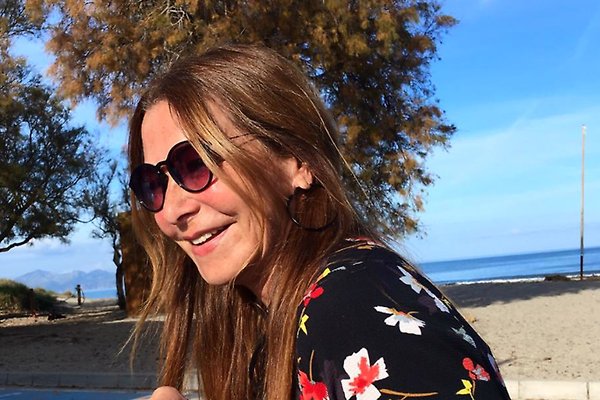 END_OF_DOCUMENT_TOKEN_TO_BE_REPLACED Learn more about the host

Arrive, pause, enjoy ...... In the east of Mallorca, we have created magical places for your time out. Just leave the noise behind, the agitation, the everyday life. BREATHE. We offer you domiciles that touch your heart and live the word hospitality. We would like to welcome you as well. 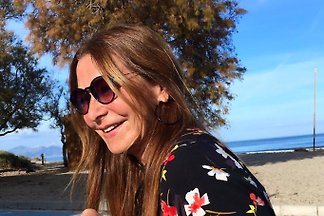 Online for over 4 years