The White Tailed Eagle Home has recently been renovated, is guaranteed goggle-box-free, but equipped with a spacious bathtub and a dishwasher.

The holiday home is situated in a quiet area at the fringes of the village in a large, wild garden, shady wine pergola · not to be observed from outside thanks to high wooden fences, fruit trees.

Of course, sympathisers of ascetism prefer showering. So, have a look at your bathtub!

Bed linen and towels as well as firewood are provided · garden furniture and charcoal barbecue are there · you can park your car on the premises, inside the fence.

distance to next shop 0.3 km

centre of the village 1 km

distance to next airport 75 km Constanza

distance to next motorway 80 km Ovidiu

The White Tailes Eagle Home is situated in a great sunny garden with a shady vine-arbour and a fence in a very quiet part in the East of Jurilovca. Ideal conditions for bird watching the whole day. The fishing village of Jurilovca (Tulcea, Romania) is situated in the South of the Danube Delta, in the midst of the best areas for bird-watching; pelicans, herons, terns, waders and songbirds, you usually don’t have a chance to watch everyday, are to be found abundantly, here. Constanţa, the port at the Black Sea, is about a one-hour drive to the South as well as Tulcea to the North, situated at the riverside of the Danube, overlooking the entrance to the Delta.

The weather: from June to mid-September nearly constantly hot and sunny days, a light breeze from the sea and hardly rain, one of the most steady fine-weather-periods of European summer (continental climate). Three times a day there is a ship across the Goloviţa Lake to the sandy beaches of Gura Portitei on the Black Sea. With its vegetable and vine gardens, Jurilovca is a spacious and quiet place. Here, along streets lined by fruit and walnut trees, the holiday homes are to be found together with the other houses, mostly built in the traditional style of the local Lipovans.

A dozen food stores, a bakery, as well as street sale of fresh fruit and vegetables ensure food supply. Furthermore there is a tourist information with Internet access, which since some time is working pretty well, also a post office, a petrol station and several busses a day to Constanţa and Tulcea as well as 2 physicians and 2 pharmacies.

prices are - per object - at an occupancy up to: 2 persons

The Danube Delta is famous as a birds’ paradise and is ideal for exploring the flora and fauna throughout the year.

Mainly at the time of bird migration from March till May as well as from the end of August until October, you will be able to watch either on your own initiative or with a guide, either by foot or from the boat, more than 325 mostly rare species of European birds, more than 200 of them breeding there.

In the middle of May the sight of thousands of red wild peonies (Paeonia peregrina & P. tenuifolia) in full bloom in Babadag Forest and in the Slava Valley will be an impressive experience; later in the year, it is the carpets of water lilies (Nymphaea alba) on the waters of the Delta and numerous representatives of the forest-steppe as well as the aquatic flora, many of them very rare to find, that will thrill at least every botanist’s heart.

Excursions to the surroundings, one-day boat trips and boat trips for several days with an expert guide (languages: English, French, German, Italian, Romanian) to visit the most interesting bird-watching places; in spring-time we gladly show you the most hidden places of rare luxuriant flowers; details, prices and further information on request. 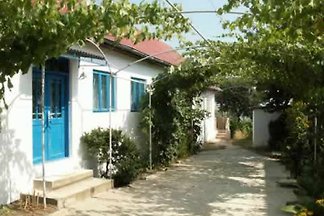 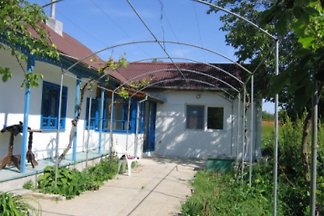