Villa with pool in the countryside above Taormina with distant views of Etna and the sea Private pool, 4 bedrooms, 4 bathrooms, 4-9 persons, WiFi

In the holiday region: Sicily, Taormina 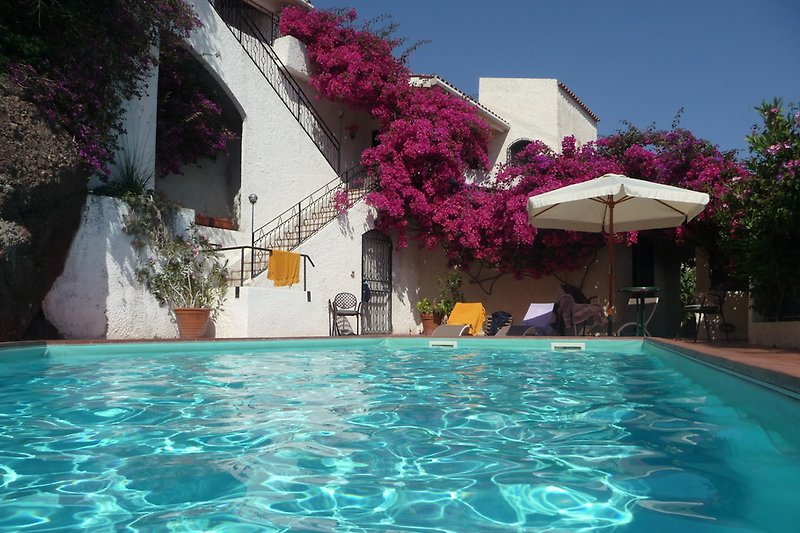 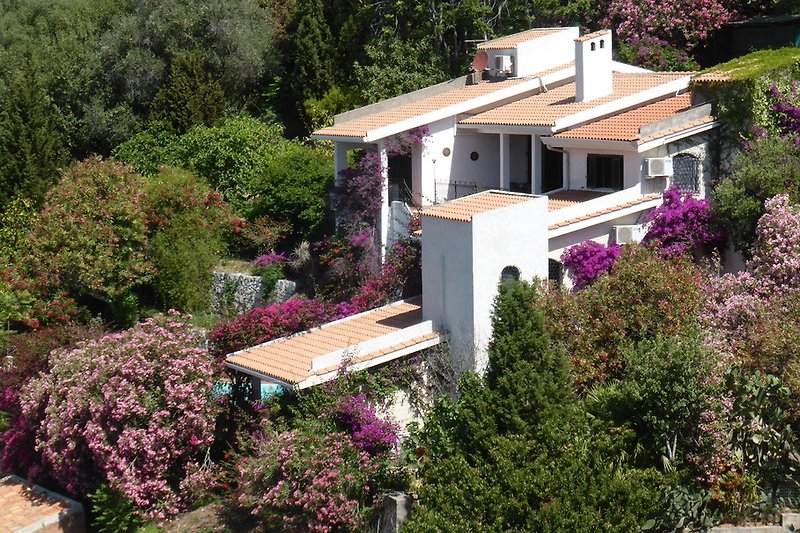 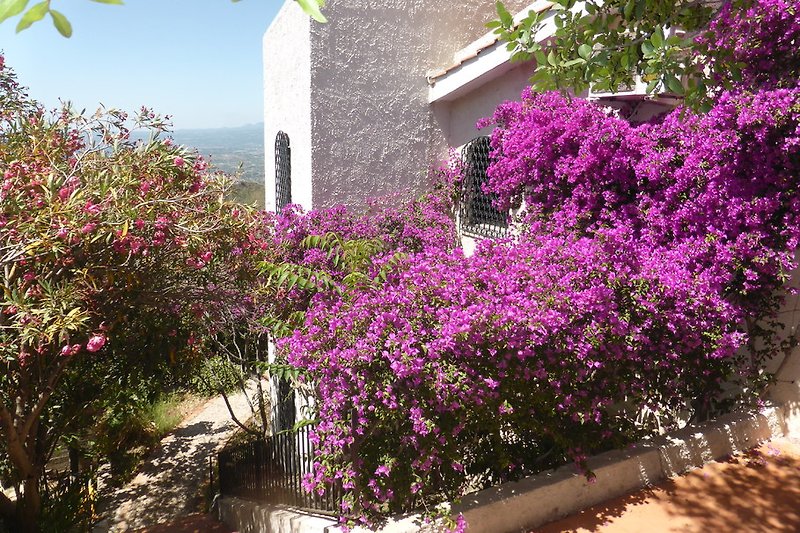 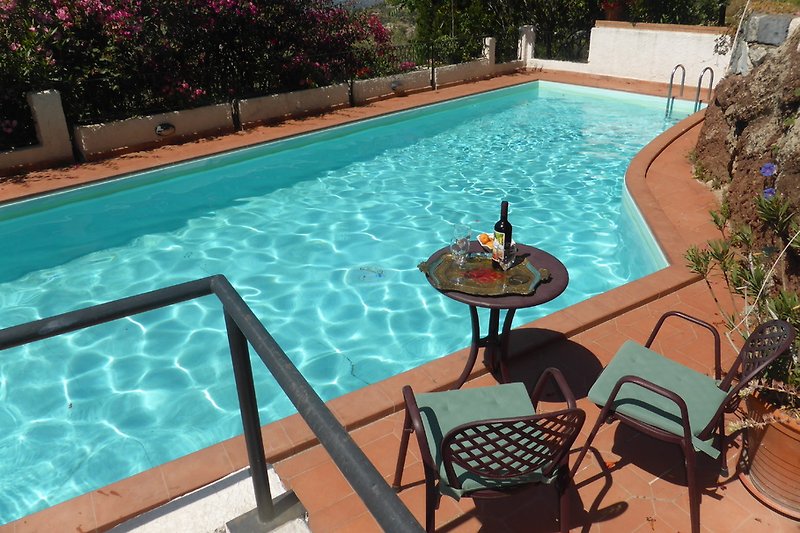 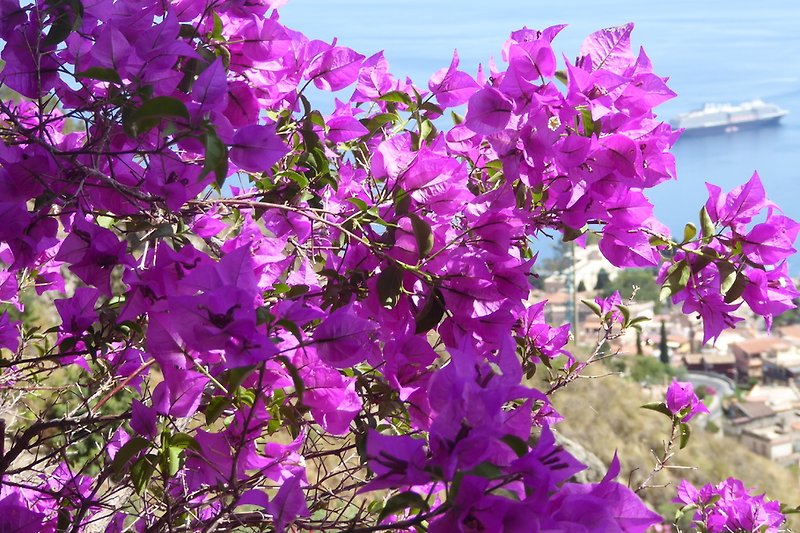 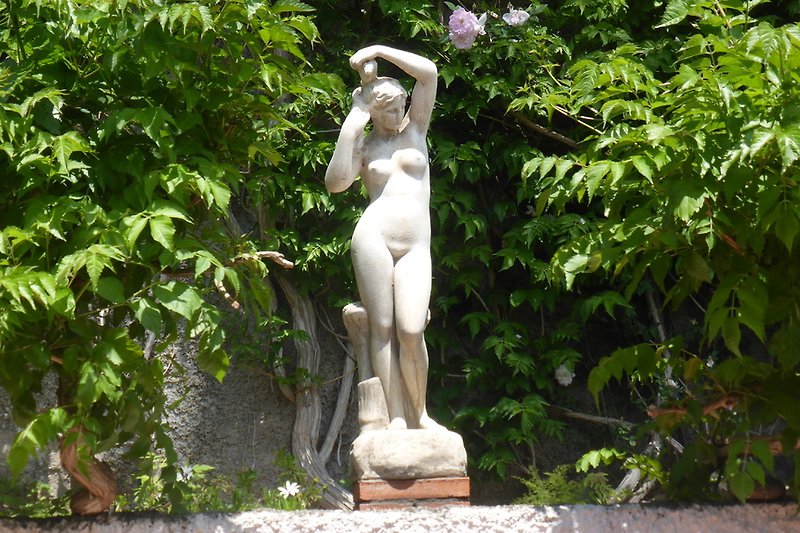 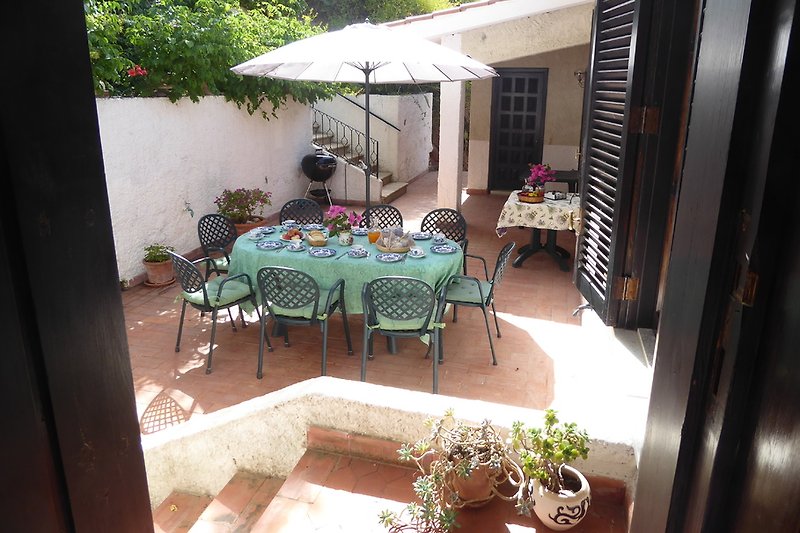 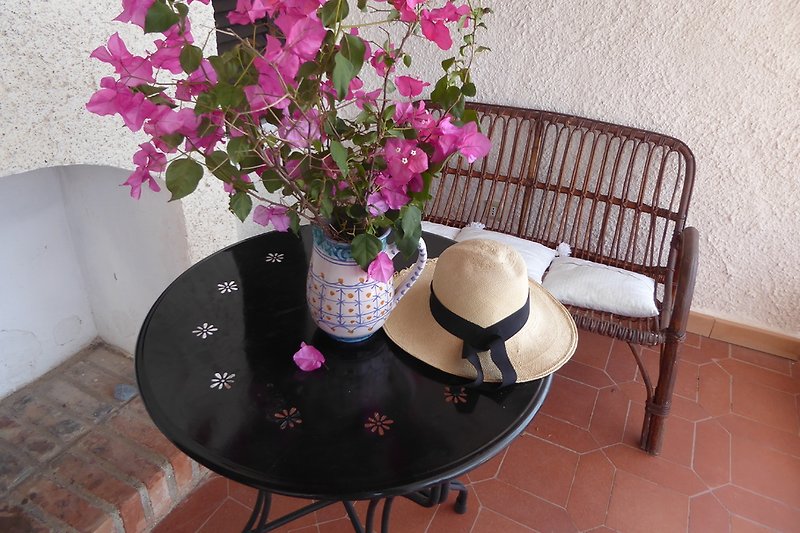 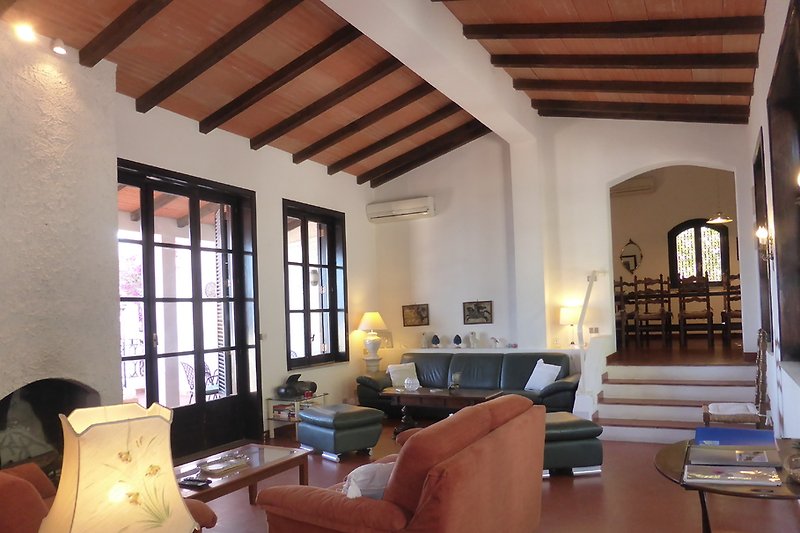 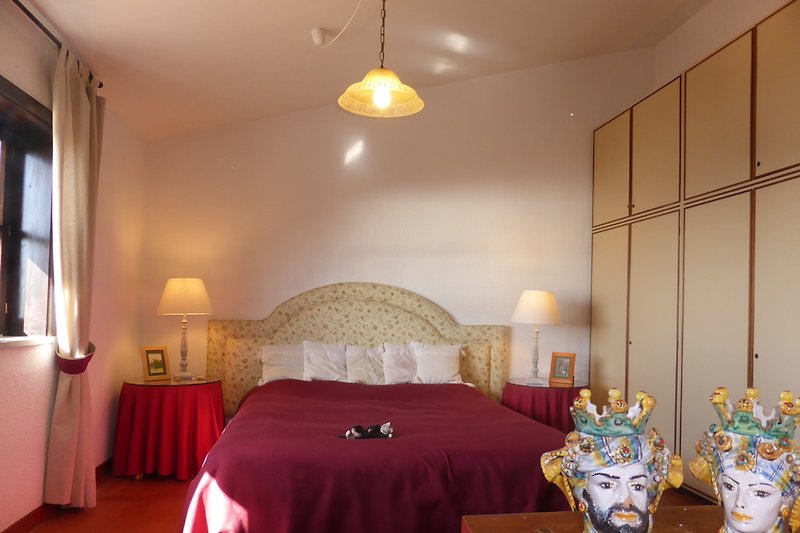 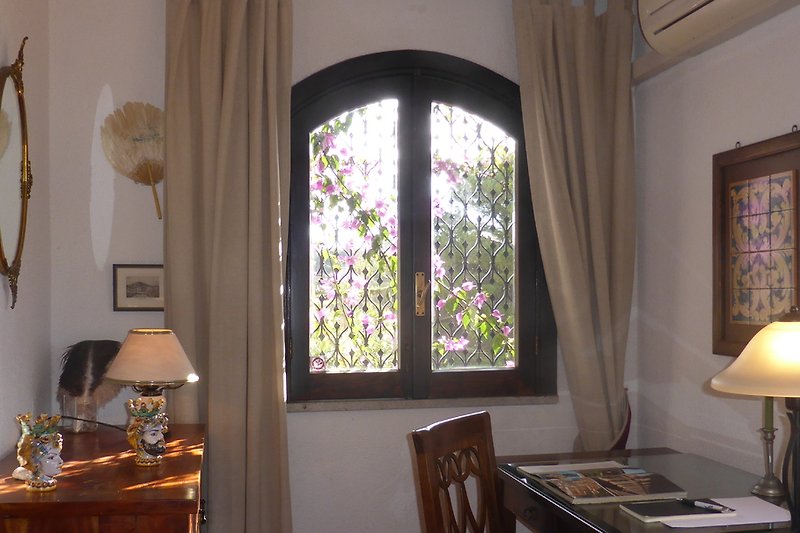 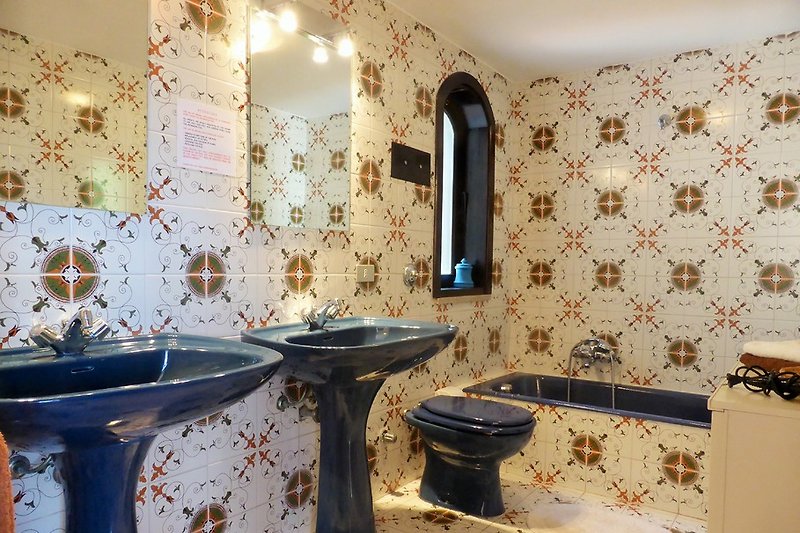 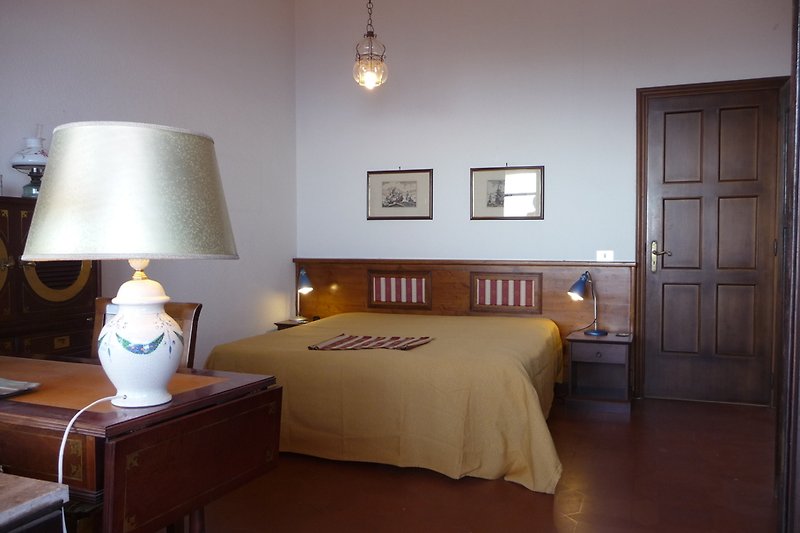 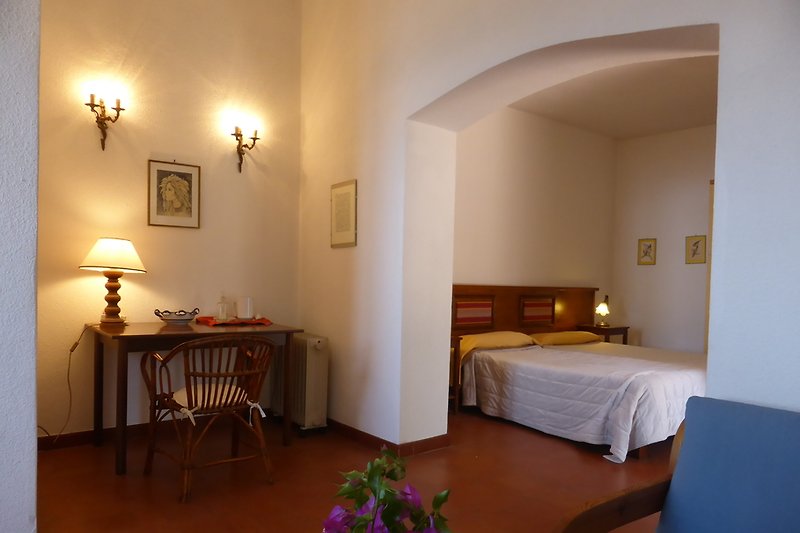 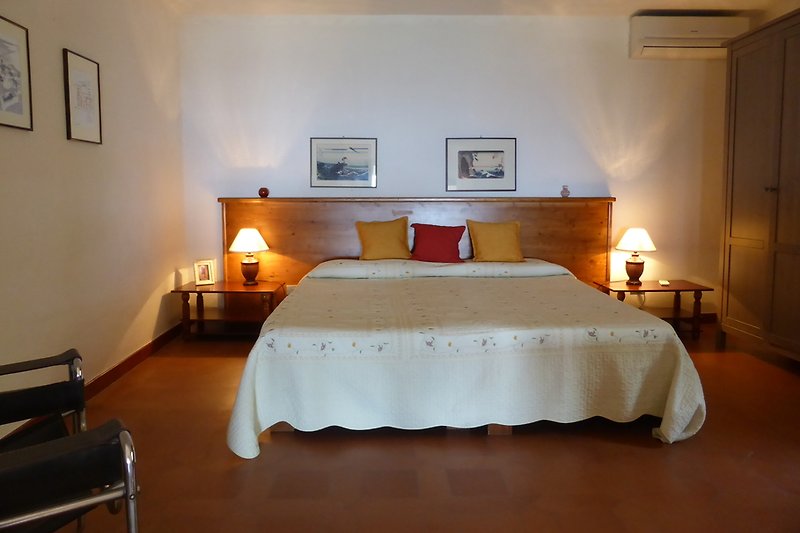 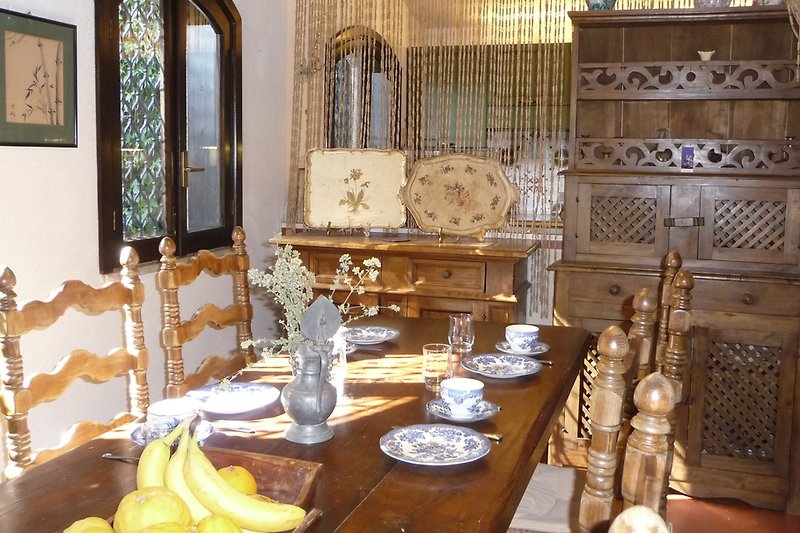 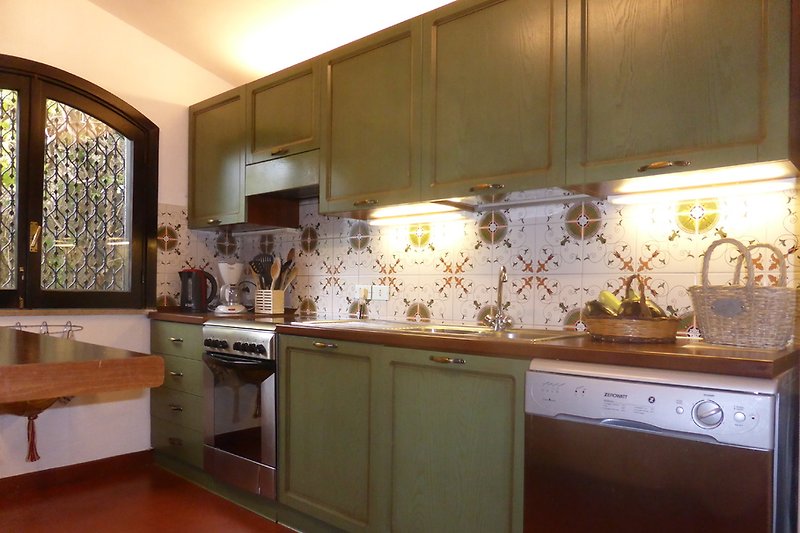 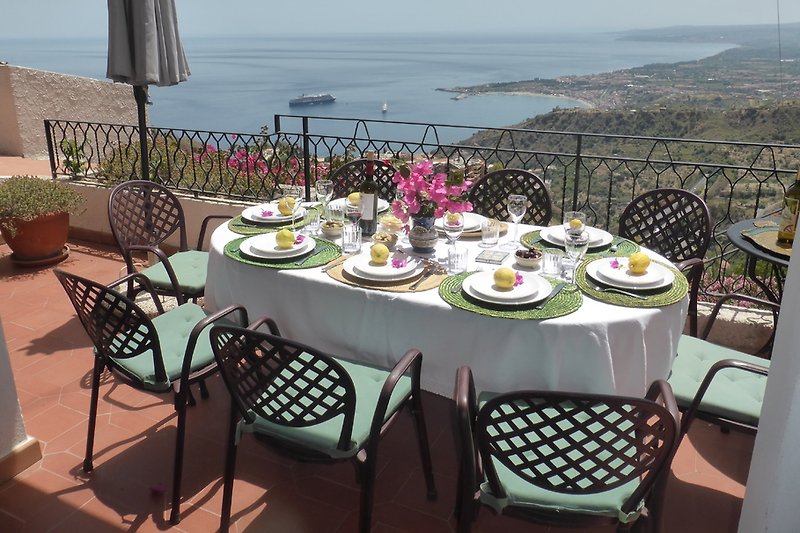 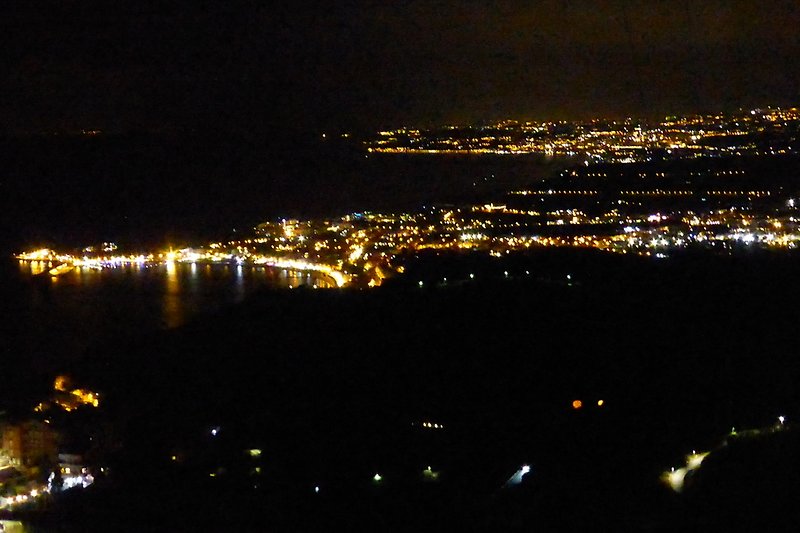 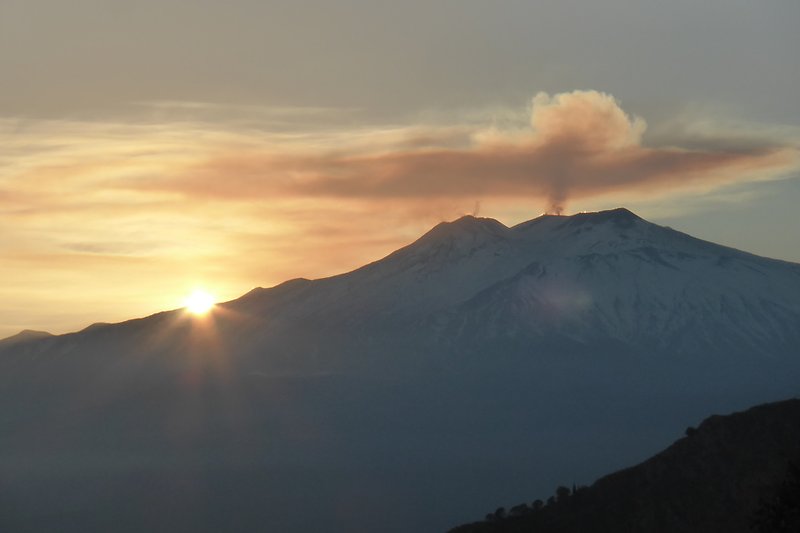 Villa with pool in the countryside above Taormina with distant views of Etna and the sea Private pool, 4 bedrooms, 4 bathrooms, 4-9 persons, WiFi

In the holiday region: Sicily, Taormina

The villa is ideally composed of self-contained units and can therefore be rented exclusively for 4, 6 or 8-9 people. Even with less occupancy you rent exclusively the property. Nobody disturbs your privacy!

The classically furnished main house has two bedrooms each with its own bathroom, a large saloon, the kitchen with dining room and a guest toilet. From the panoramic terrace, particularly suitable as a lovely dining area, you can enjoy an overwhelming view of the Mediterranean Sea, the bay of Naxos and the Etna. The evening panorama offers a fascinating sea of ​​lights. The shady patio is directly connected to the kitchen and invites to an intimate breakfast.

An outside staircase or the stairs from the terrace lead to the level of the middle apartment with 3 beds. The stairs lead down to the lower apartment with 2 beds. Each apartment has its own bathroom and a small salon.

The rooms have double beds, which can be made as single beds. All rooms are equipped with air conditioning.

Partly embedded in the rock pool ( x 5 m) is located on the lowest level and is well protected from insights due to its location.

From the terrace you can watch the activity of Etna. Every day a fascinating spectacle.

The original architectural concept of the house allows maximum privacy for up to 9 people. Ideal for friends, couples, families with children and extended families.

A car is recommended, but there is also a bus station for the connection to the town center and to Castelmola in the immediate vicinity.

Supermarket for food is available at 800 m distance. On the adjacent square, a regional market takes place on Wednesdays, a wonderful opportunity to stock up on regional fruits and vegetables.

Family members, friends and guests of the house rave about the high recreational value in the villa. The beautiful location, the abundance of vegetation in the garden (bougainvilleas, lemon and orange trees, olive trees, oleander, pomegranate tree, figs, meter high cactus) the large pool and many details make Villa Bougainvillea an exclusive place to arrive , stays and returns again.

Taormina is elevated above the sea and offers a view of the always smoking Etna and the bay of Naxos. In pre-Christian times Greeks settled here together with the mysterious people of the Siculi. With the Teatro Greco, the Greek culture moved into the place and established its reputation as a city of fine architecture.

Past and present meet here and in the summer we encounter the high culture of a festival that makes Taormina a magnet for the whole of southern Italy.

Taormina is the most successful destination in Sicily, it is very Italian, with a lot of local flavor and cosmopolitan. The charm of this combination already worked on Ovid to DH Lawrence. Throughout history poets and writers, including Alexander Dumas, Johannes Brahms, Gustav Klimt, Richard Wagner, Oscar Wilde, Marlene Dietrich, Greta Garbo, Truman Capote, John Steingeck, Ingmar Bergman, Francis Ford Coppola, Audrey Hepburn and Federico have all been inspired Fellini, Elisabeth Tailor. Woody Allen. Most recently, in May 2007, the political elite met for the G7 summit.

In the 19th and 20th centuries, Britons discovered Taormina for themselves and the Giardino pubblico is a witness of British garden love.

Not only Taormina is worth a trip, but also its mountainous hinterland. In the first place stands the volcano Etna, In the original mountain villages still breathes the old Sicily, an attraction are the nearby gorge of Alcantara and the Castel Caltabiano. The beaches in Mazzarò, Giardini and Letojanni are easily accessible by car.

Castelmola is a village on the plateau above Taormina, built like all high mountain villages to protect against conquerors. From the fort you have an overview of the coast, the mountains and the city at your feet. The Chiesa San Giorgio is dedicated to the local patron and here is celebrated with fervor Holy Mass. Cafes and restaurants entice the guest with the friendliness of the staff.

"Italy without Sicily makes no picture in the soul, here is only the key to everything" (Goethe). Sicily is a source for Europe. From here spread the spirit of Greece, Byzantium, and the Moors to the north, the French Norman input took the opposite direction, Sicily has been the soul of the South for over a thousand years, sustained by the yearning of the North. So the island became the land of dreams.

surcharge per additional person 29,00 € night
prices are - per object - at an occupancy up to: 6 Persons

Tourist tax is included in the rental price.
With 2 and mehrwöchiger rent there are special conditions.
Personal requests and contact to the landlord desired.

Villa Bougainvillea has been consistently rated 5 stars by guests on a major international rental platform.

At the beginning of the seventies, the owner and architect planned the villa according to the concept of a "cascata dei tetti" (roof cascade) for private use. 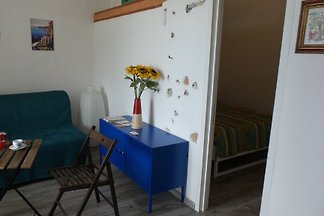 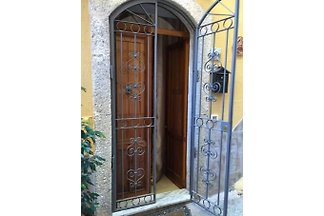 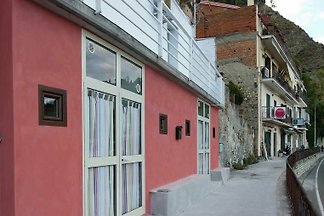 All accommodations in Taormina