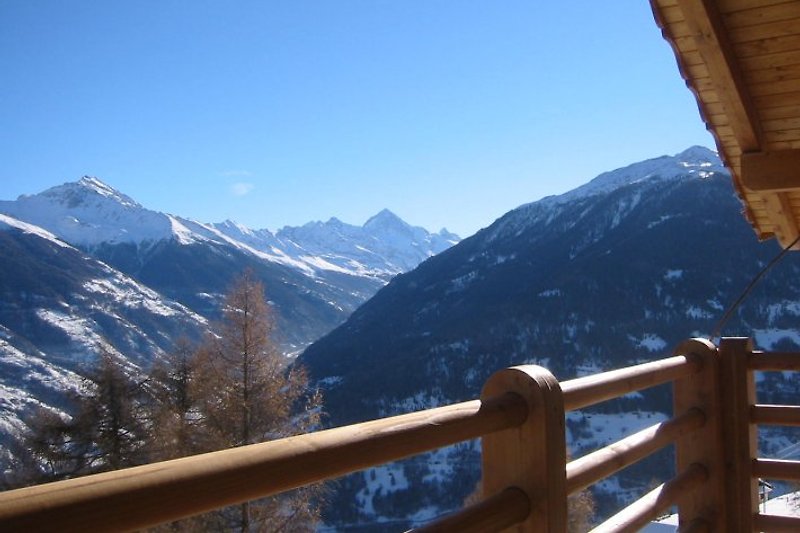 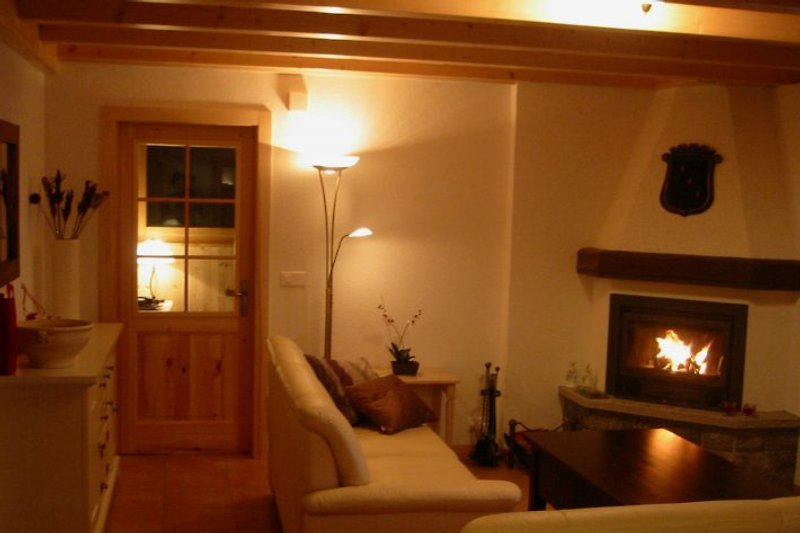 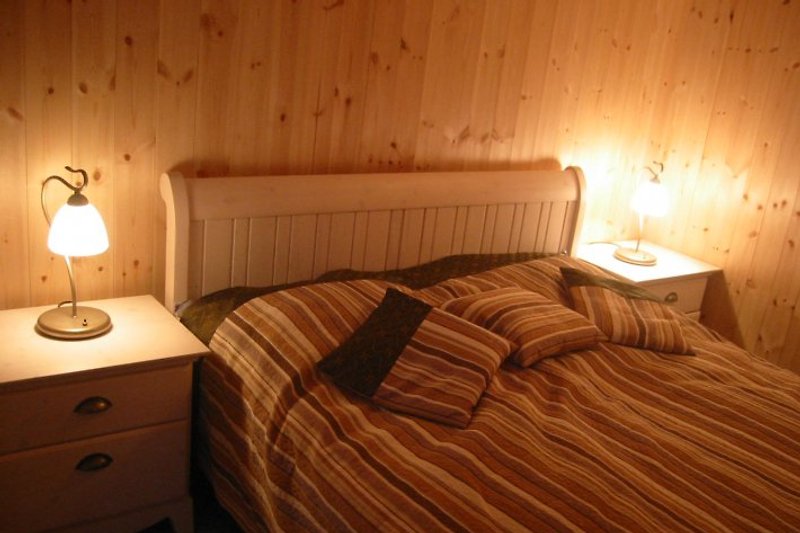 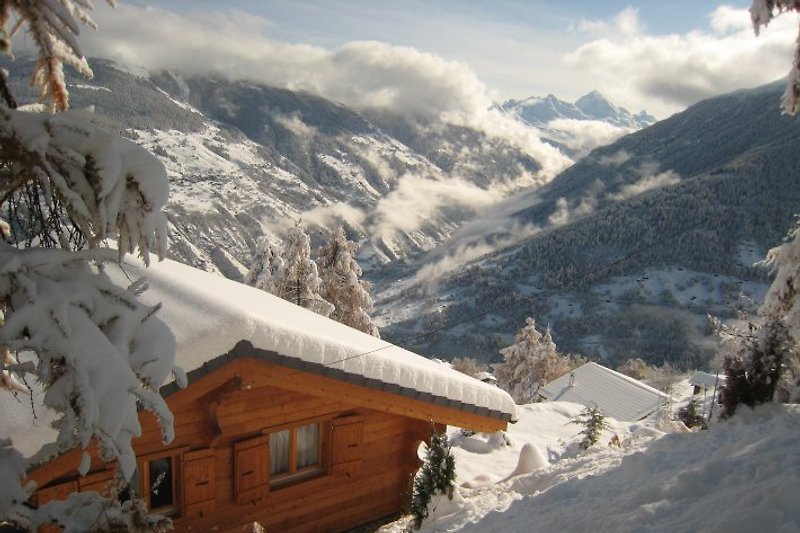 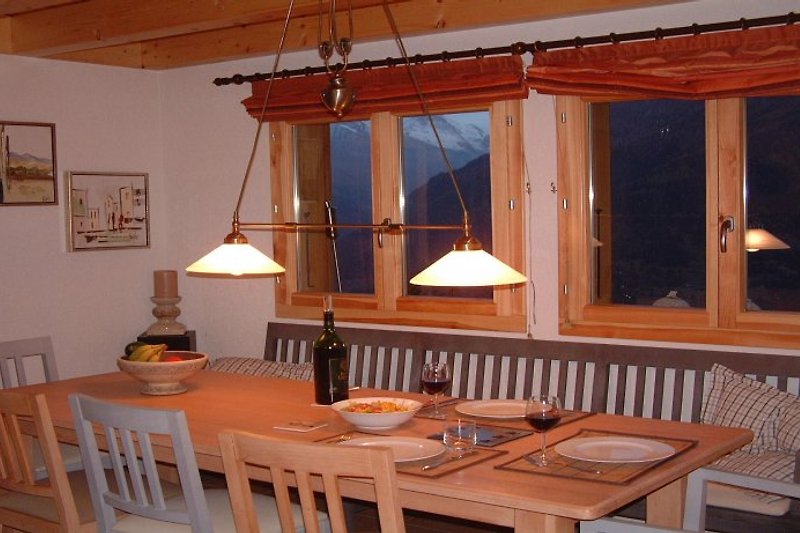 “Mirabelle” – Chalet au grand comfort Our Chalet ‚Mirabelle’ is situated in the skiing area 4 Vallées in the Wallis in Switzerland. We consider it as the perfect home in the mountains. It is built at a slope with a dreamlike view on the Heremence-valley and the ‘Matterhorn’ in definite silent location in 1630m height. Mirabelle” – Exclusive provision ‘Mirabelle’ is completely new, comfortable and stylishly furnished. You almost don’t have to sacrifice any comfort : opoen fire-place, under-floor heating, sauna, high-quality terrace furniture, flat screen TV, DVD as well as telephone and internet access. It is perfectly suitable for families with, or without children or a group of friends, who value comfort. Two bedrooms are furnished with double beds and have access to the balcony with marvellous view, on is equipped with two single beds and another one with double bed and two other sleeping possibilities (children) if wanted. Naturally you don’t have to bring your own bed-linen or towels.
Room layout: Downstairs: entrance area, ski room, living room with fire-place, generous living room and an open kitchen, WC plus shower, Sauna, storage, terrace, two parking lots Upstairs: four bedroom, bath and WC, corridor, large balcony
Nevertheless you can drive directly to the Chalet. Right in front of the door are the pistes of the famous skiing area of Verbier-4 Vallées. The typical mountain village Hérémence which is approximately 2km away, can be reached by the street or by a wonderful footpath. The free standing single chalet made of larch-wood will be completely built on a 1000 square metre piece of land in 2005 and will be rented by

() “Mirabelle” – Summer and winter in the Wallis Winter With good snow conditions the skiing starts directly in front of the entry door, on half height of a chair-lift descent (red piste). The chair-lift brings you to les Collons, from where you can reach pretty fast the skiing area Thyon 2000, Vaysonnaz, Haute-Nendaz and Siviez (Super-Nendaz). With the big ski passport you can use the entire skiing area of the quatre Vallées to Verbier. The pistes of les Collons/Thyon 2000 are rather easy to moderately severe and are good for beginners as well as for good skiers. Special attractions are the deep snow slopes of the Mont-Fort glacier (3500m summer skiing area) which can be discovered again and again by good skiers. Further very fastidious pistes can be found in Nendaz and in Verbier. Interesting ski routes are possible from the Mont-Fort and from the Greppon Blanc. An attraction is the night skiing under floodlight in les Collons. In December/January Veysonnaz is often the host for one or two weekends of the ski professionals, who collect there Worldcup-points in slalom, descent and combinations. No restrictions exist for snowboarder; in les Collons even a half pipe exists. Regularly snowboard races are organized. The skiing area is, with the use of snow cannons under normal conditions from Christmas until Easter. The glacier from Siviez is usually open from November. The remaining skiing area opens December depending on the snow situation between the 15 th and 22nd. The skiing area closes one or two weeks after Easter, in Siviez only in May. In summer holidays the skiing on the Mont-Fort-glacier is possible. Hiking in the almost untouched nature, the fresh mountain air and the enormous ray of sun, makes the Wallis even for people who don’t ski, interesting. Les Collons and Thyon 2000 offer an indoor swimming pool and shops, restaurants and bars. Sion has a sports centre and the infrastructure of an idyllic Swiss town. Summer The Wallis has a network of over 6000 km signed footpath. Those paths allow you varied walking tours between the Rhone-Glacier and the Geneva Lake. Where can you find so many contrasts; 51 ice giants over 4000 meters, glacier tongues, crystal-clear mountain lakes and also wine-growing and tropical fruits in the Rhone valley. The traffic federation from the Wallis has developed hiking tours from only few hours to tours of 7 days duration. To emphasize are the circular paths around the Val d’Hérens (passing the Lac des Dix, the highest situated European reservoir, at several glacier tongues and an enchanting landscape) as well as the “Summer Haute Route’ from Charmonix to Zermatt (pass many 4000 metre mountains: Mont Blanc, Grand-Combin, Dent-Blanche, Matterhorn, Monte Rosa) The Chalet is situated in between those paths; it offers an ideal starting point. Hiking and trek descriptions are available in the Chalet. In the summer you can enjoy the fresh mountain air, the ray of sun and the restful silence the most. Mountainbiking ( 145 km race “Grand Raid Cristalp”, 4000 participants), tennis, paragliding, rafting, riding and further activities are offered to the sportsman. The indoor swimming pools (Thyon/Sion) and the outdoor swimming pool/lakes in the Rhone valley invite to go swimming. The glacier of the Mont-Fort is opened from the end of June until the beginning of August to the summer ski. Sion has also a golf course. Trips to the Rhone glacier, through the vineyards, on the north side of the Rhonevalley or in the Val d’Hérens are also impressive. Shops, restaurants and Bars are in Les Collons and Thyon 2000. Sion has a sports center and the infrastructure of an idyllic Swiss town; it offers several museums, a castle and further object of interest. During the summer holidays there are every year music festivals and other cultural events.

surcharge per additional person 6,00 &euro; night
prices are - per object - at an occupancy up to: 2 persons 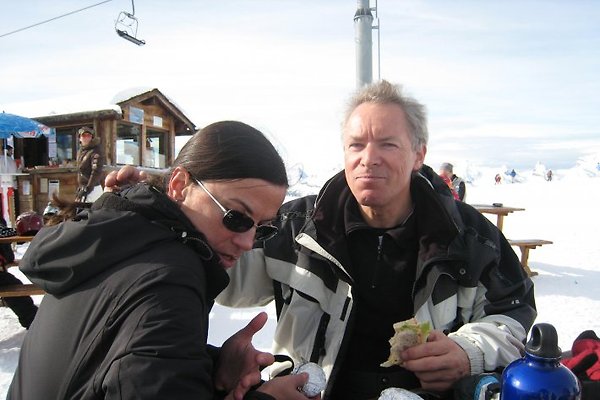 
Provider identification for this advertisement no. 9017 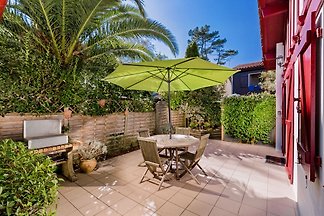