Villa Nerja, pool, near the beach

Holiday home located in Nerja, in the province of Malaga, Andalusia. 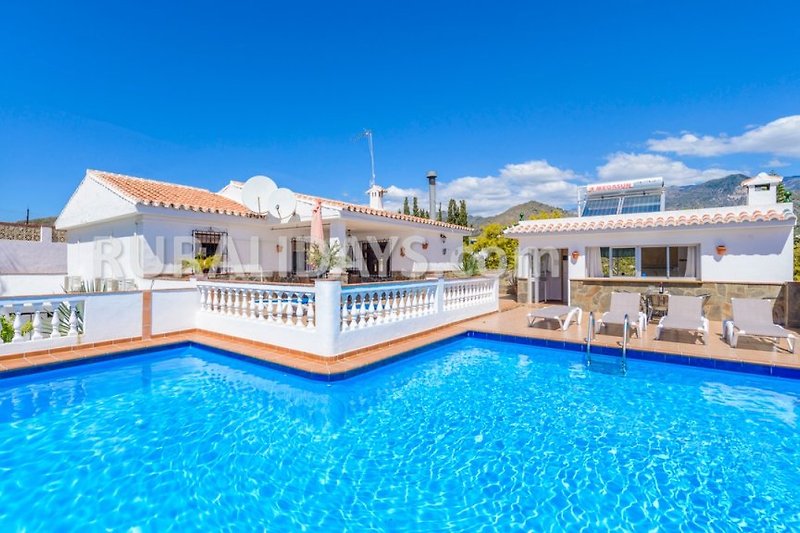 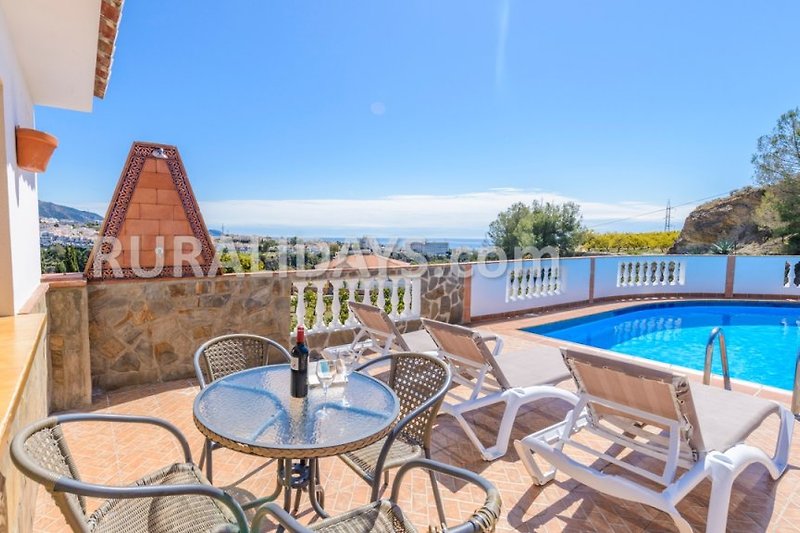 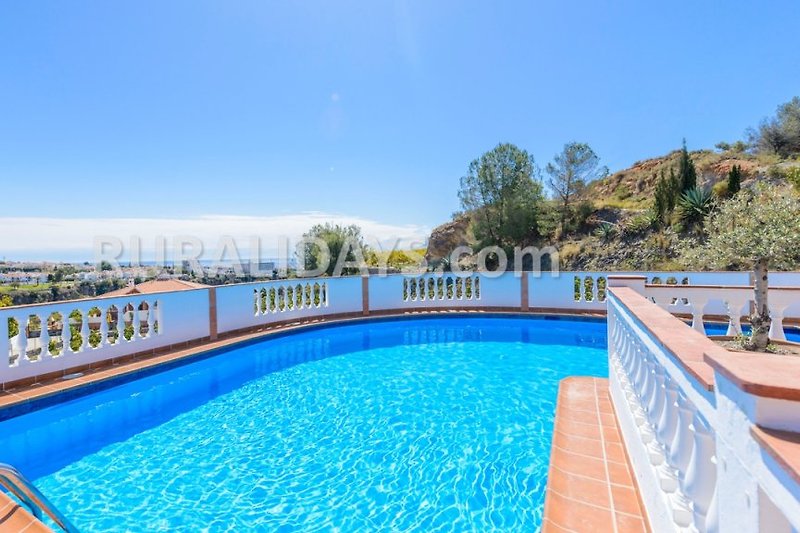 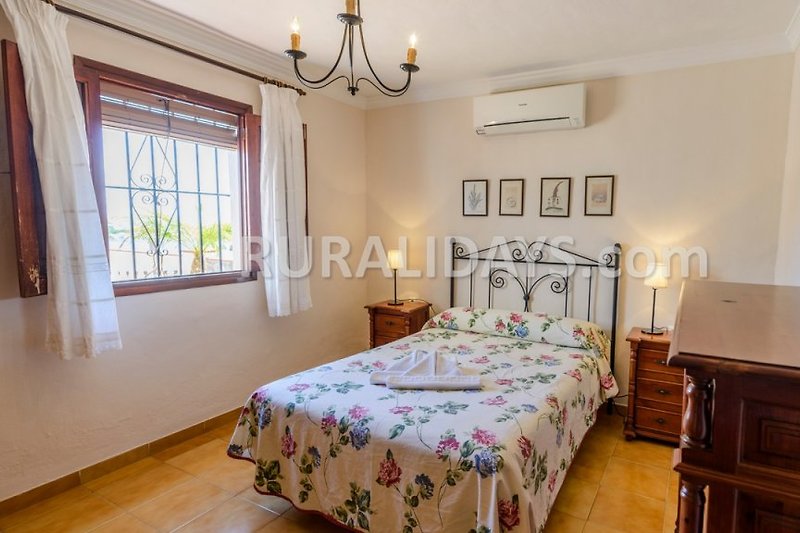 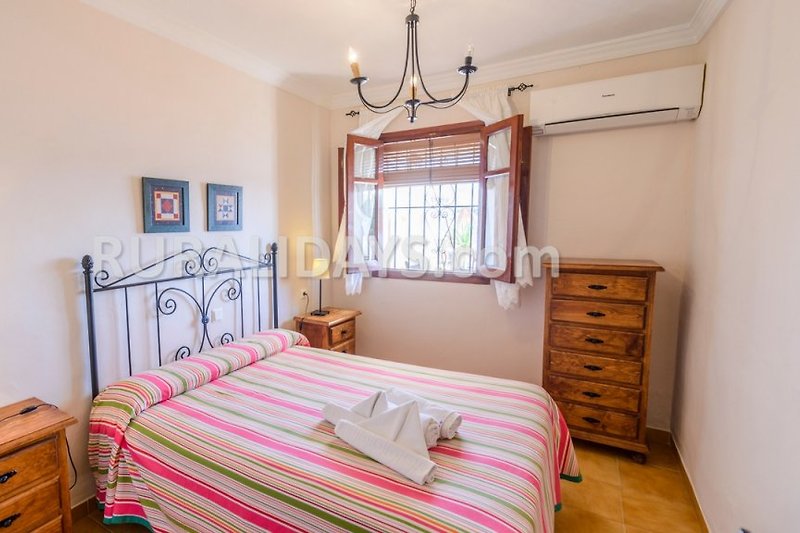 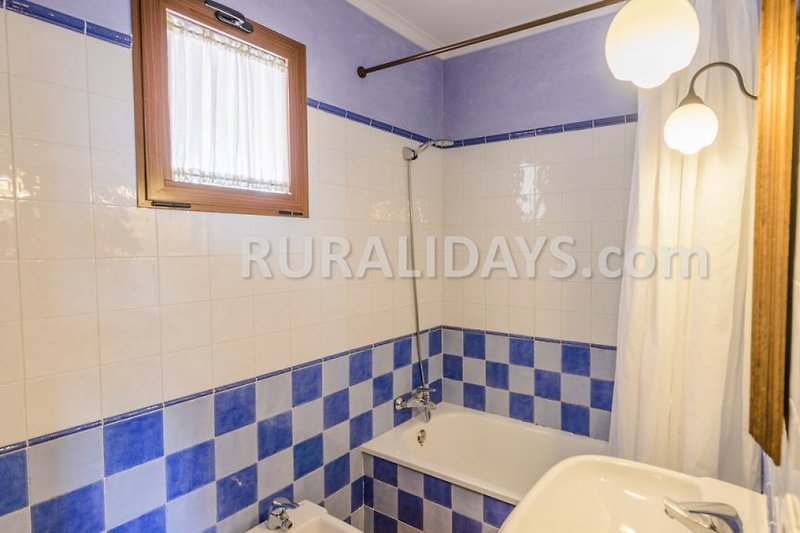 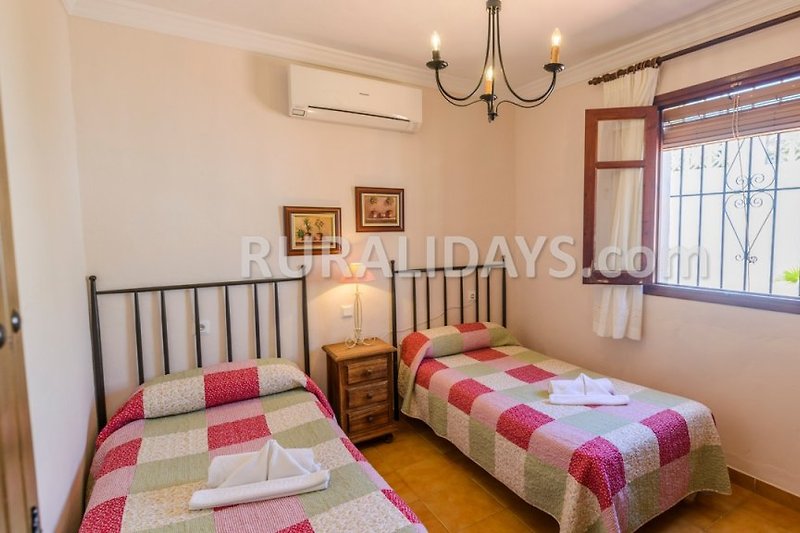 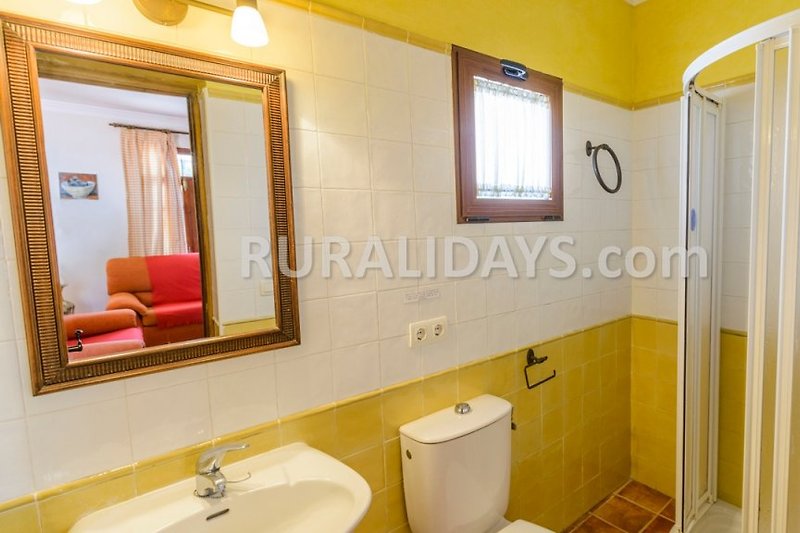 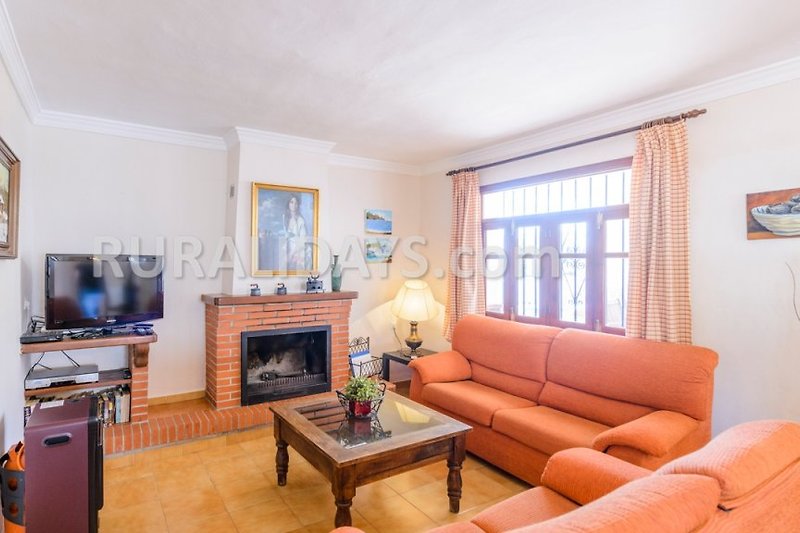 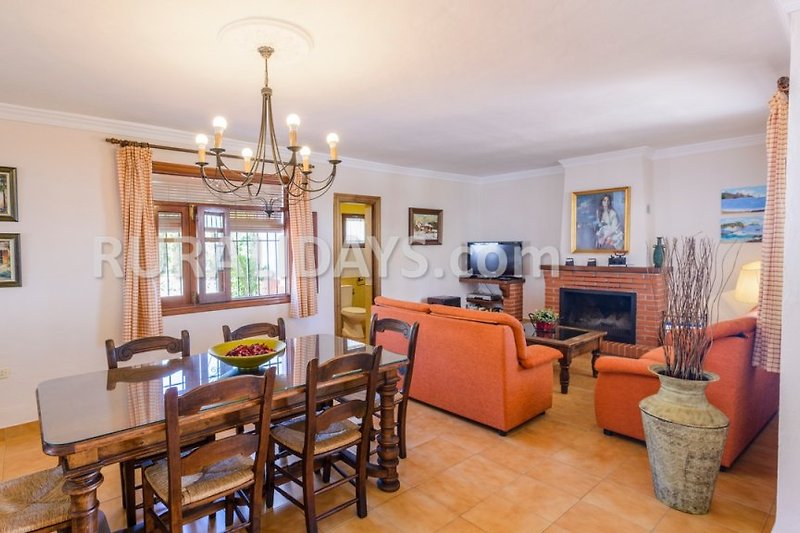 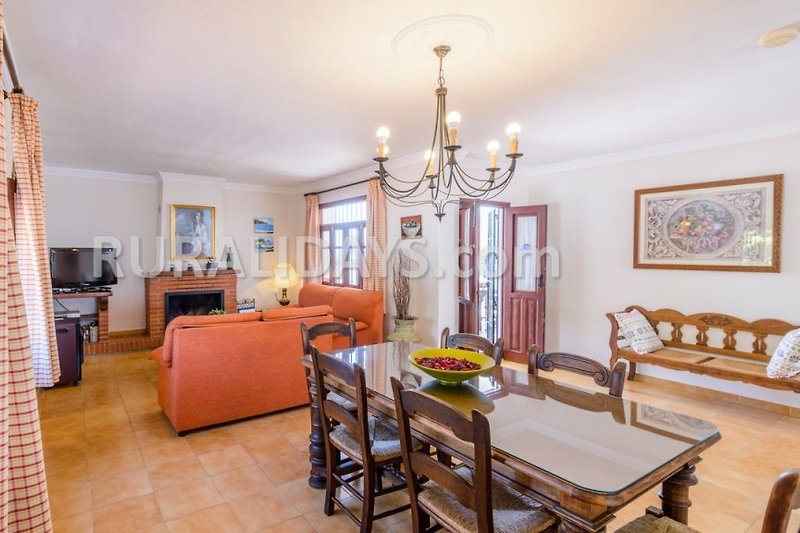 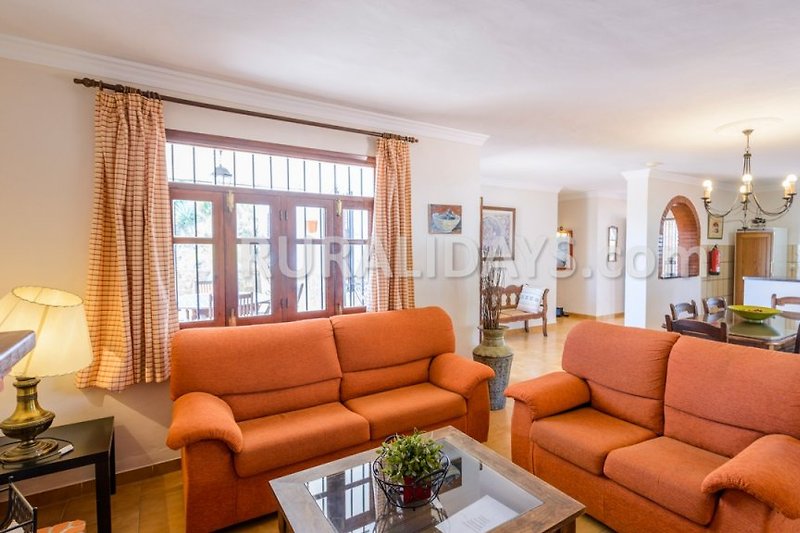 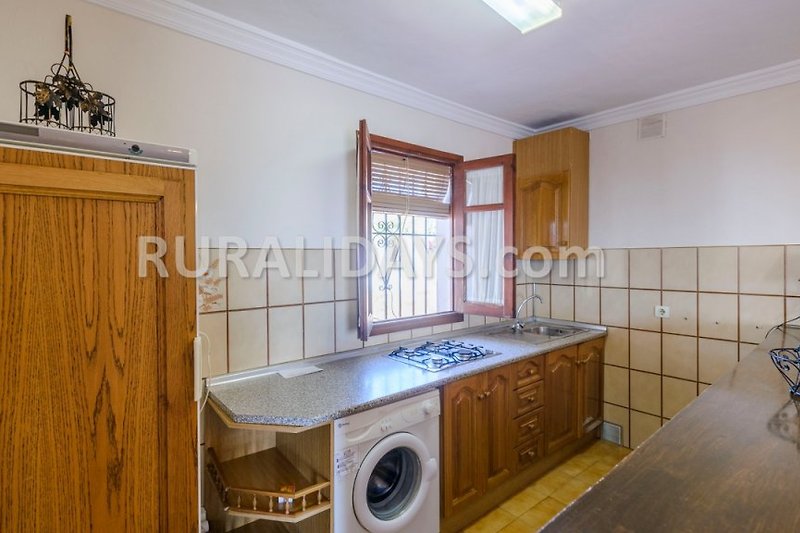 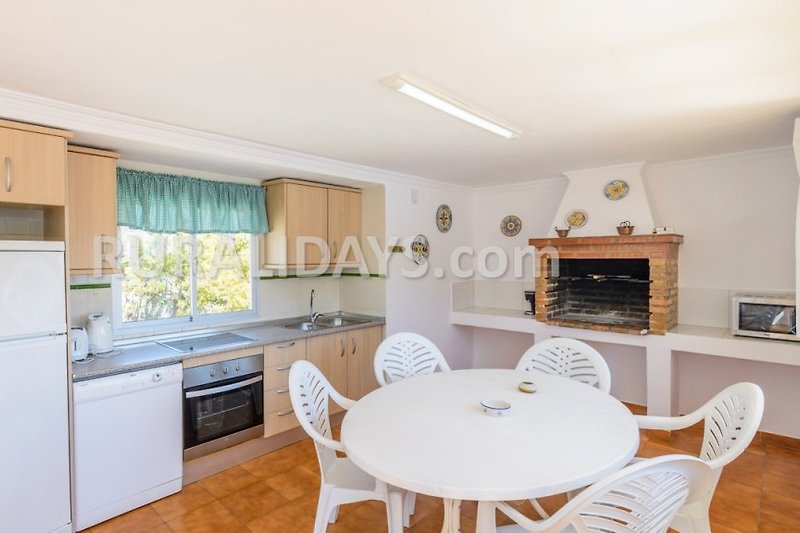 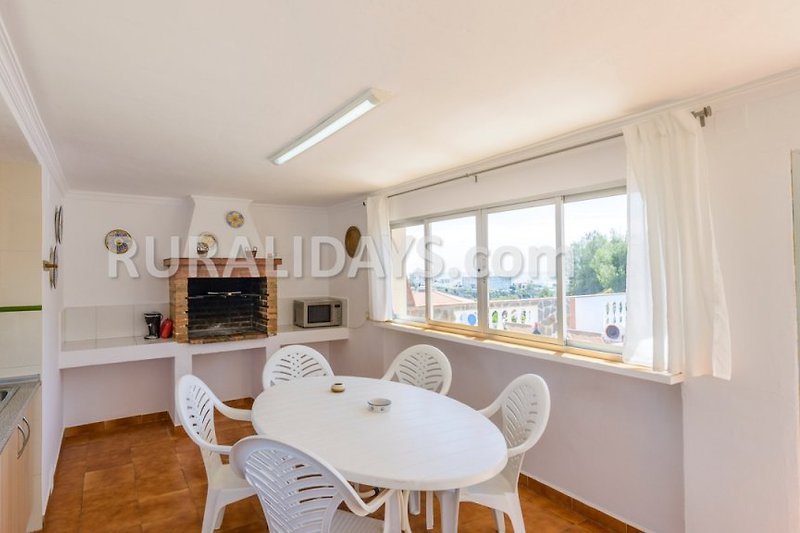 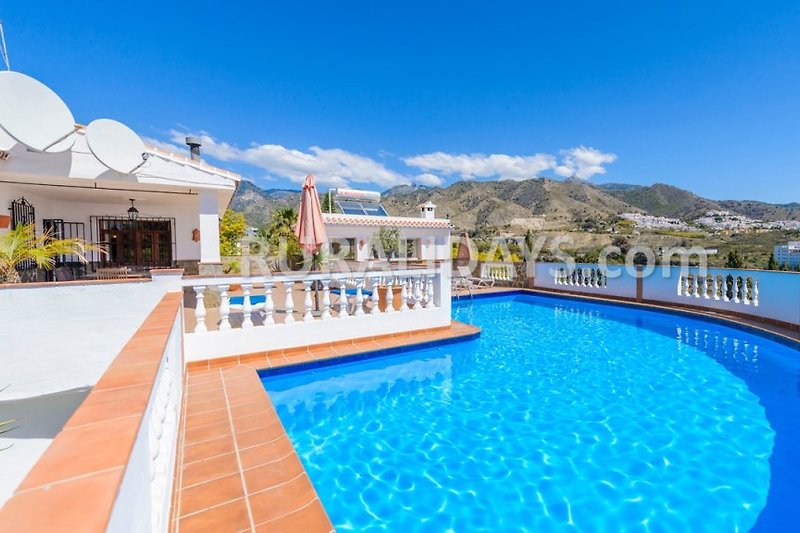 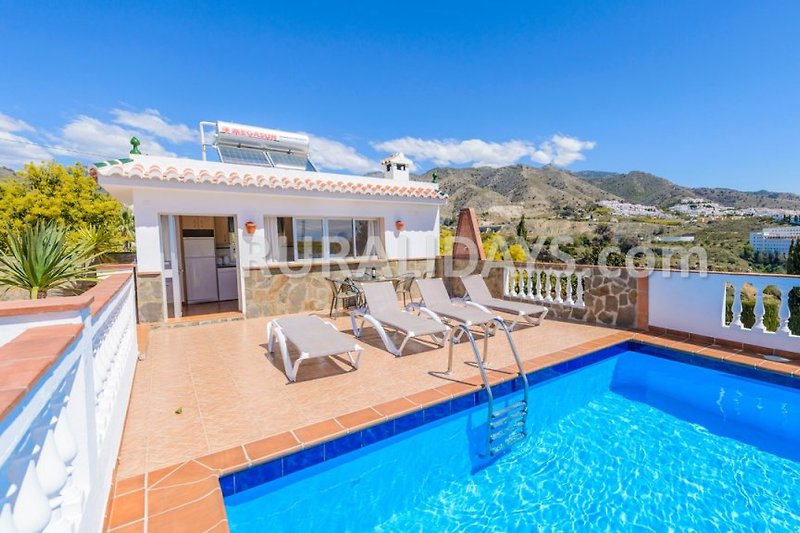 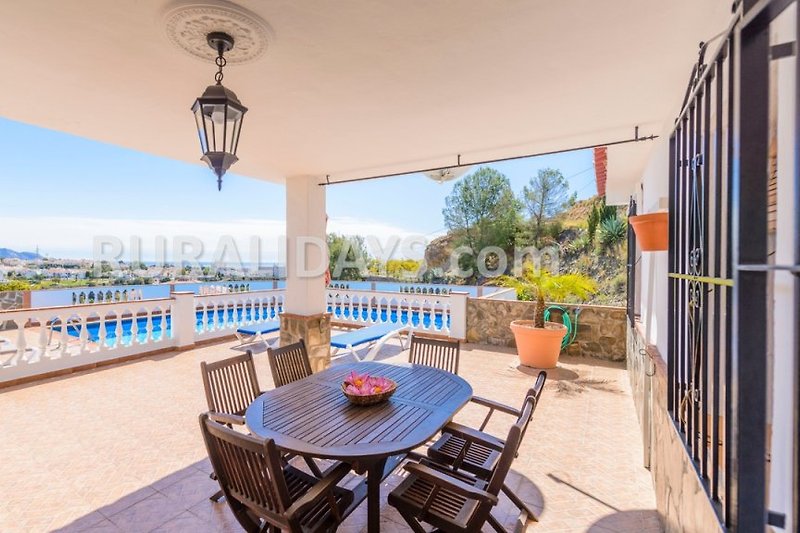 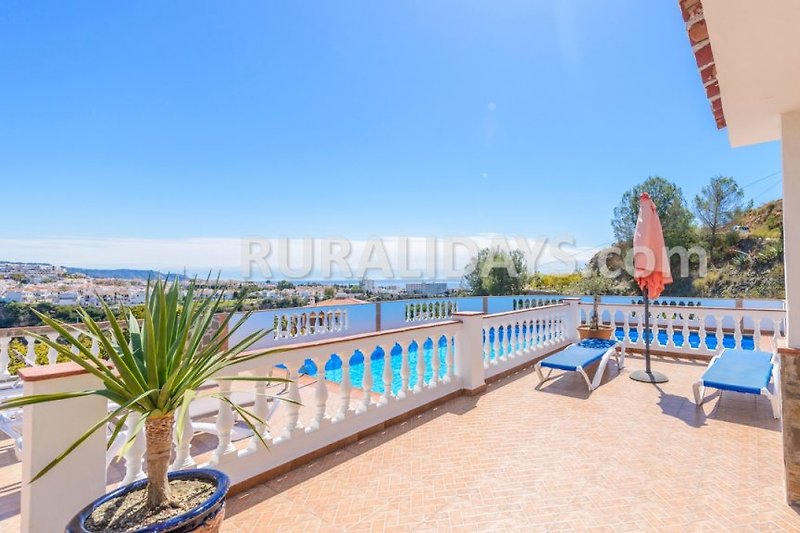 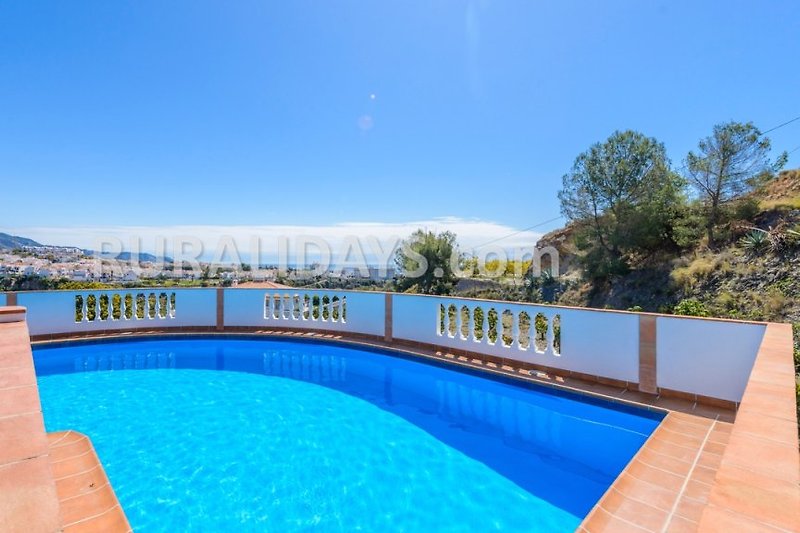 Villa Nerja, pool, near the beach

Holiday home located in Nerja, in the province of Malaga, Andalusia.

This awesome holiday home shares space with an additional building where a kitchen and a barbecue area are located.

The main holiday home has three bedrooms, two with a double bed each and one with two single beds each, in addition to two bathrooms, one with shower and the other with bathtub.
The wide dining-living room is provided with a satellite TV and a fireplace, and it shares space with a completely equipped open kitchen.

The outdoor area is a true jewel. The fabulous covered porch offers charming views over the fenced, private swimming pool, the mountains of Sierra Tejeda, the town of Nerja and even the Mediterranean Sea. Relax on one of the deckchairs or comfortably sat around the outdoor table, you won’t want to leave this property ever again.

Nerja is a municipality on the Costa del Sol in the province of Málaga in the autonomous community of Andalusia in southern Spain. It belongs to the comarca of La Axarquía. It is on the country's southern Mediterranean coast, about 50 km east of Málaga.

prices are - per object - at an occupancy up to: 6 Persons

In case of booking cancellation, the charges are established as follows:

Under Muslim rule, its name was Narixa, which means "abundant source" and is the origin of the current name.

Nerja has a long history, evidenced by the primitive paintings found in its famous Nerja caves, discovered in 1959. These caves are now believed to be just one entrance to a linked series of pothole stretching many miles into the mountains between Nerja and Granada, and which may yet prove to be one of the most extensive unexplored systems in Europe. Visitors to the caves will be able to view the remains of one of the ancient inhabitants of Nerja.

The Romans built here three settlements, including Detunda, of which now large remains can be seen. The area was later taken over by the Arabs in the early 8th century. Under the Moors, the town was known as Narixa, which means "abundant spring", from which the present name derives.


Its agricultural and silk products are said to have been famed throughout the Muslim world and in the markets of Damascus as early as the 10th century.

The Balcón de Europa, a mirador or viewpoint which gives stunning views across the sea, is in the centre of the old town. Its name is popularly believed to have been coined by King Alfonso XII, who visited the area in 1885 following a disastrous earthquake and was captivated by the scene. Local folklore says that he stood upon the site where the Balcón now stands, and said "This is the balcony of Europe". Local archive documents are said to show that its name predated this visit, but this has not prevented the authorities from placing a life-sized (and much photographed) statue of the king standing by the railing.

The Balcón area was originally known as La Batería, a reference to the gun battery which existed there in a fortified tower. This emplacement and a similar tower nearby were destroyed during the Peninsular War. In May 1812, the British vessels Hyacinth, Termagant and Basilisk supported Spanish guerrillas on the coast of Granada, against the French. On 20 May, Termagant or Hyacinth opened fire and the forts were destroyed. Two rusty guns positioned at the end of the Balcón are reminders of these violent times. The huge lumps of rock, the remains of La Batería, visible in the sea at the end of the Balcón, are further evidence of this action.

You can choose from more than 1000 holiday villas with private pool in the inland of Andalusia and on the Mediterranean Coast.

You will relish privacy as never before, surrounded by a natural environment and with panoramic views towards the White Villages, the mountains and the Mediterranean Sea.

Choose the villa that best fits your needs with the best value for money.

Get to know us at


Provider identification for this advertisement no. 87647 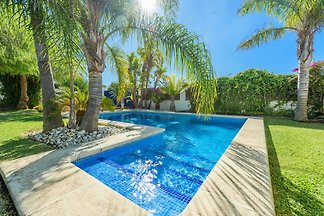 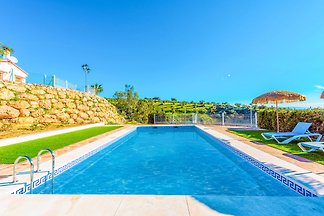 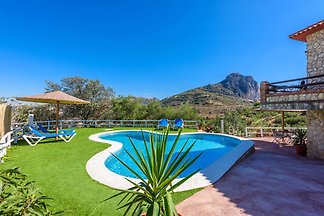