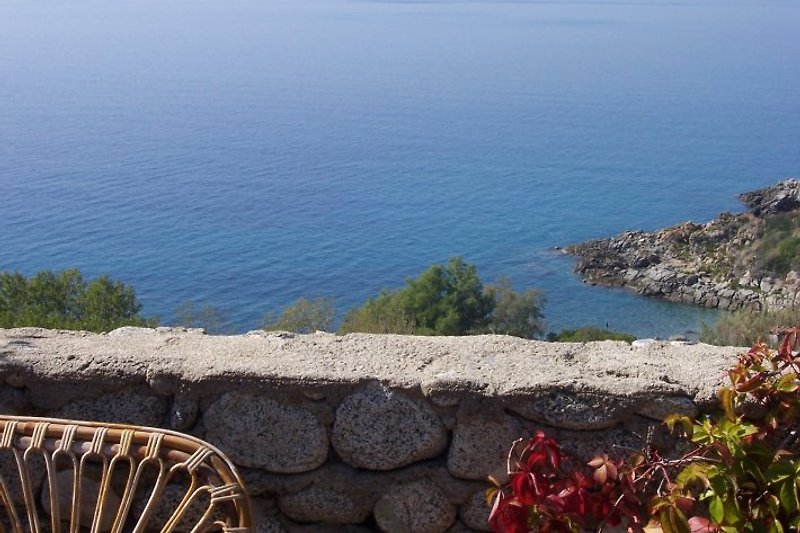 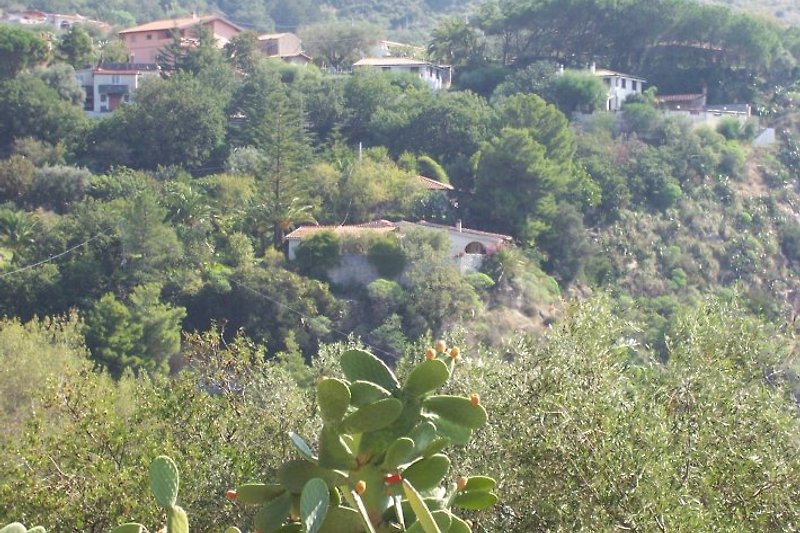 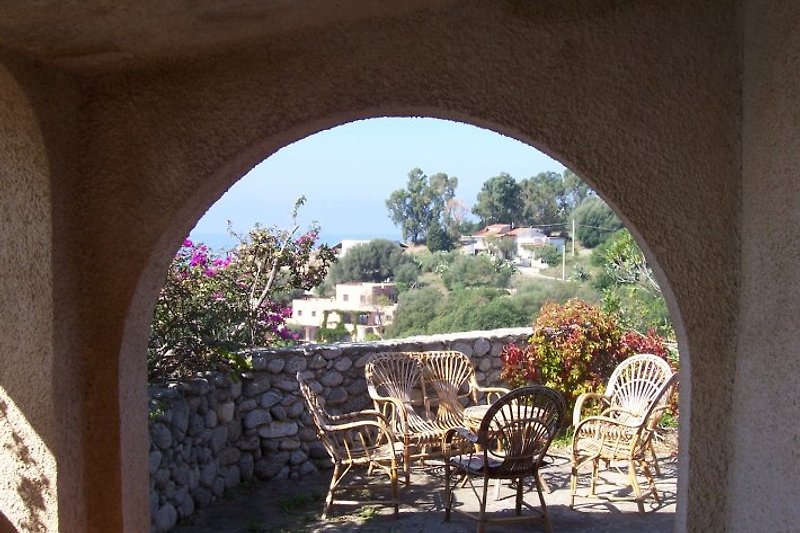 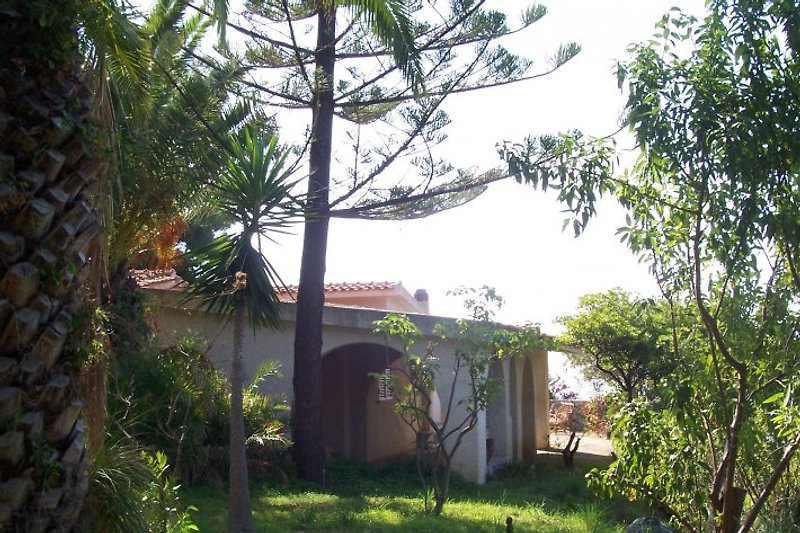 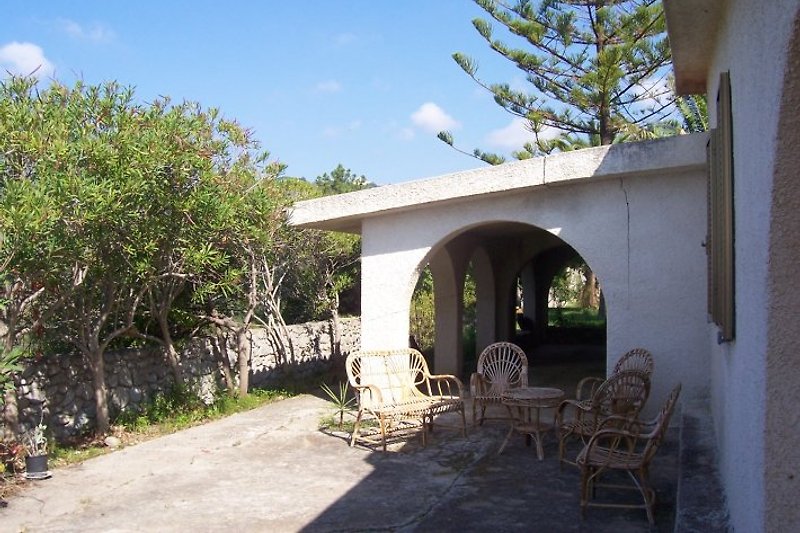 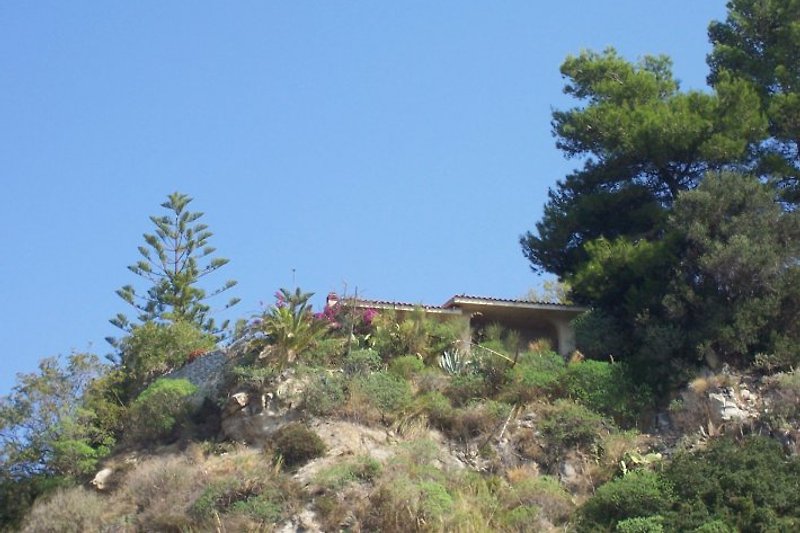 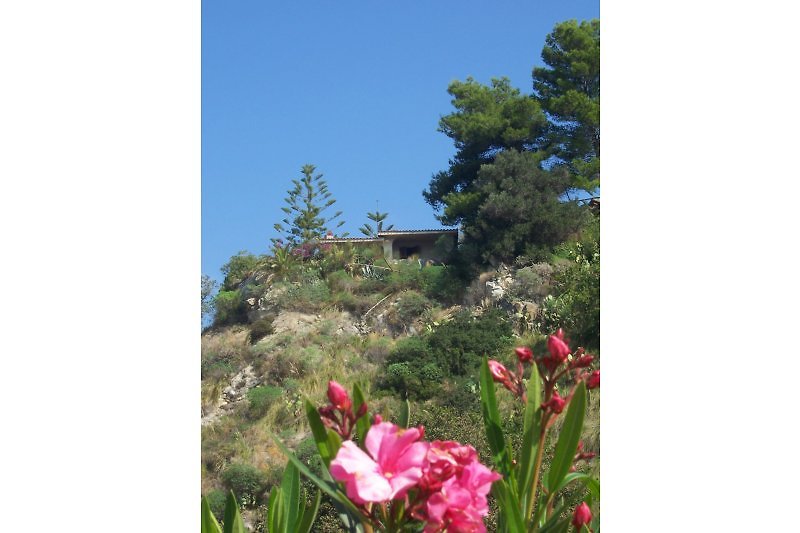 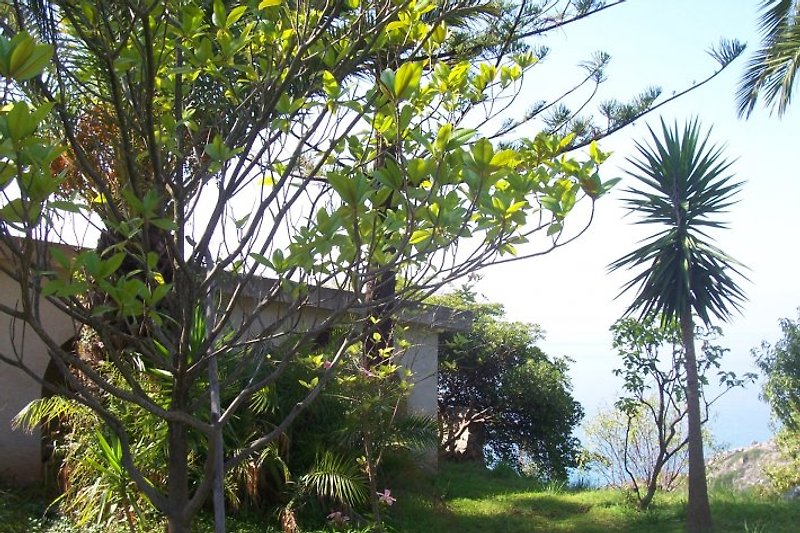 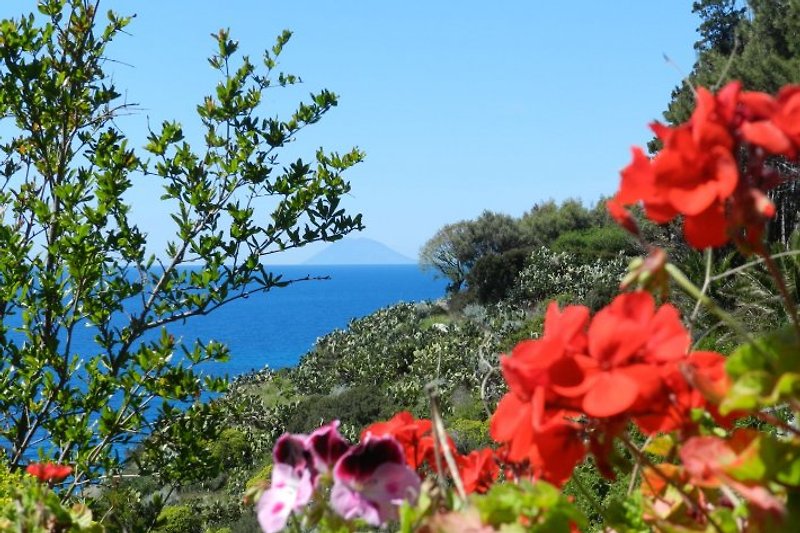 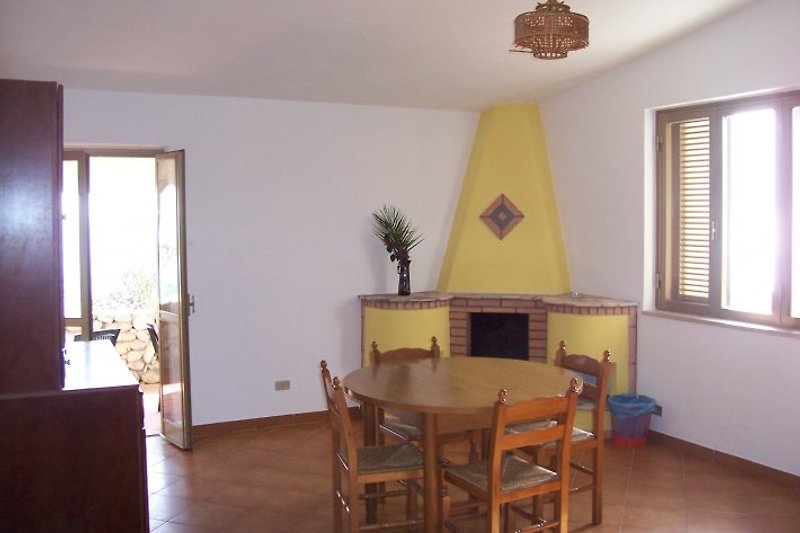 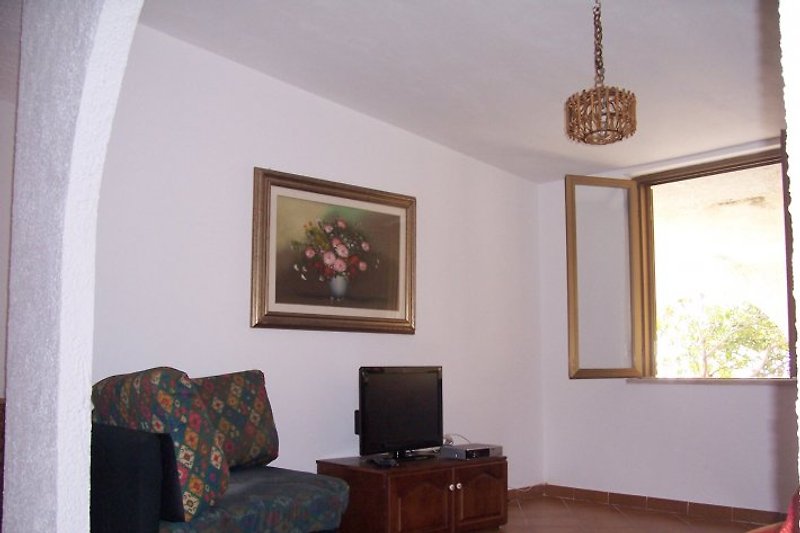 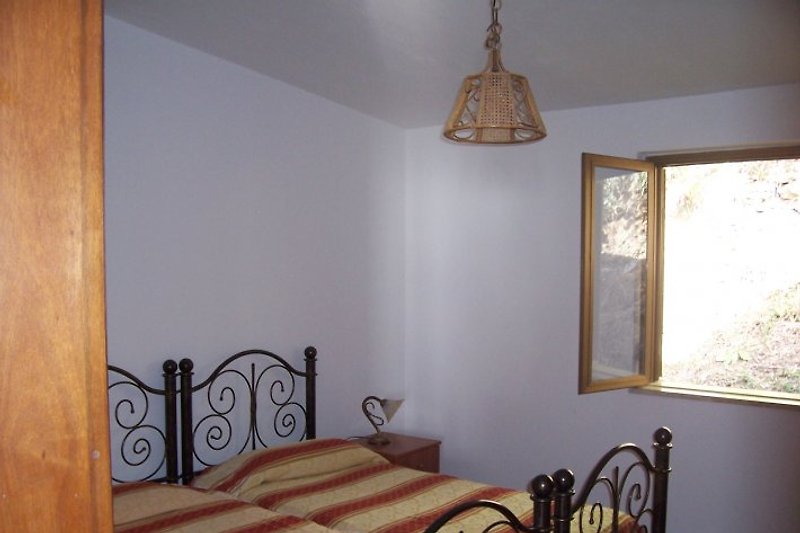 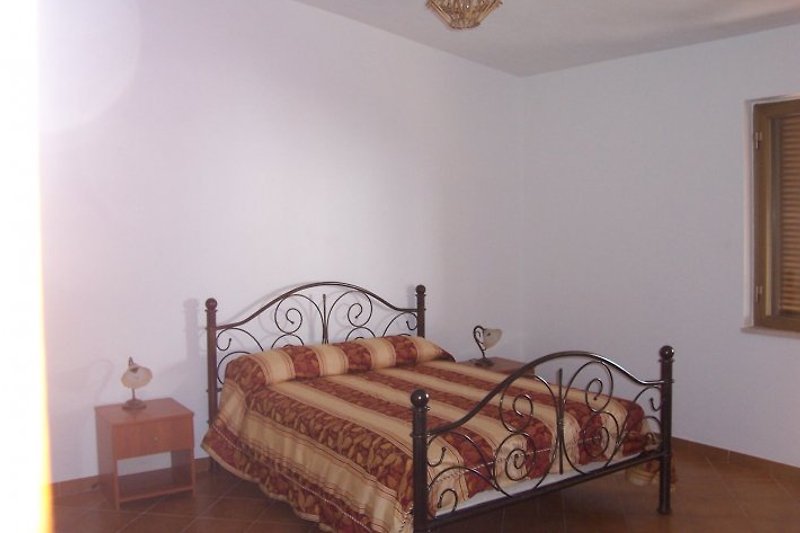 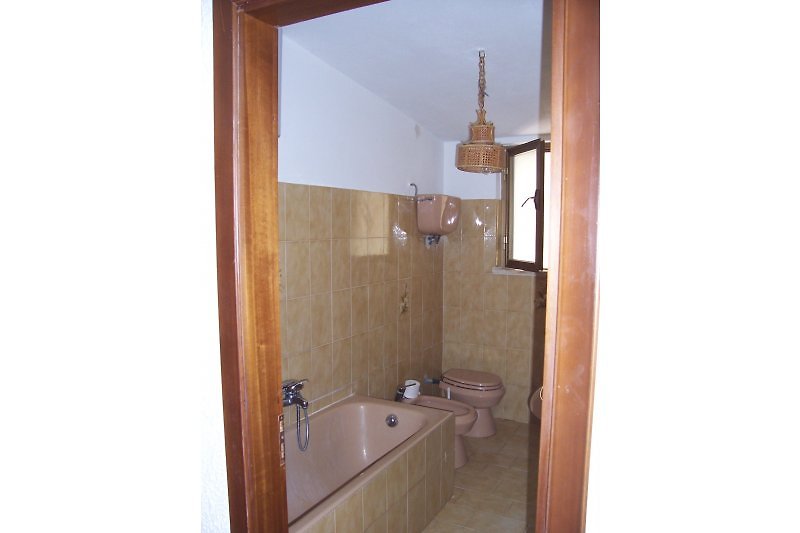 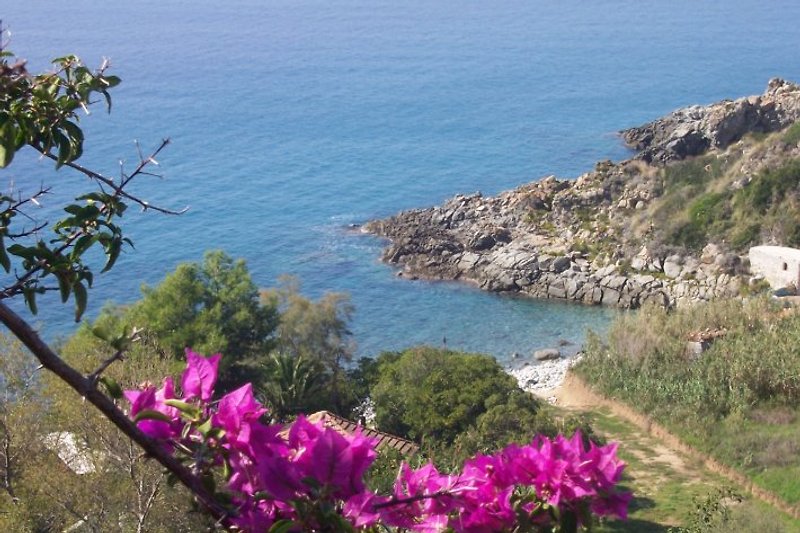 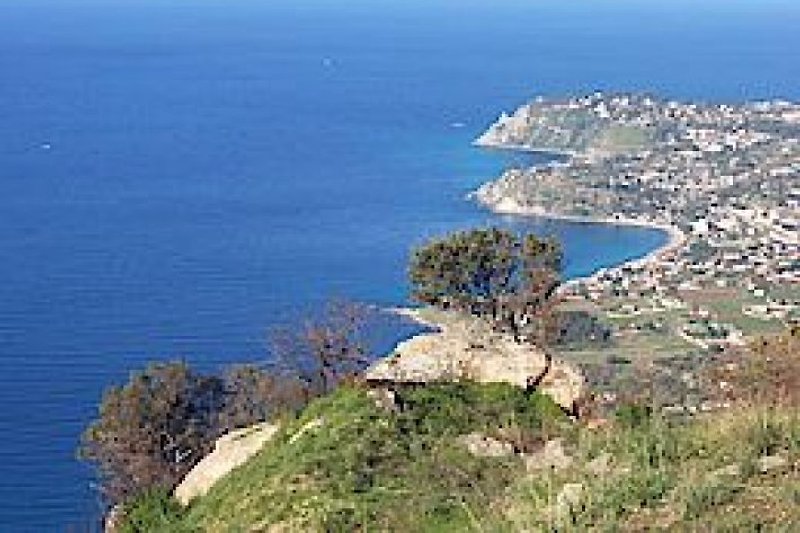 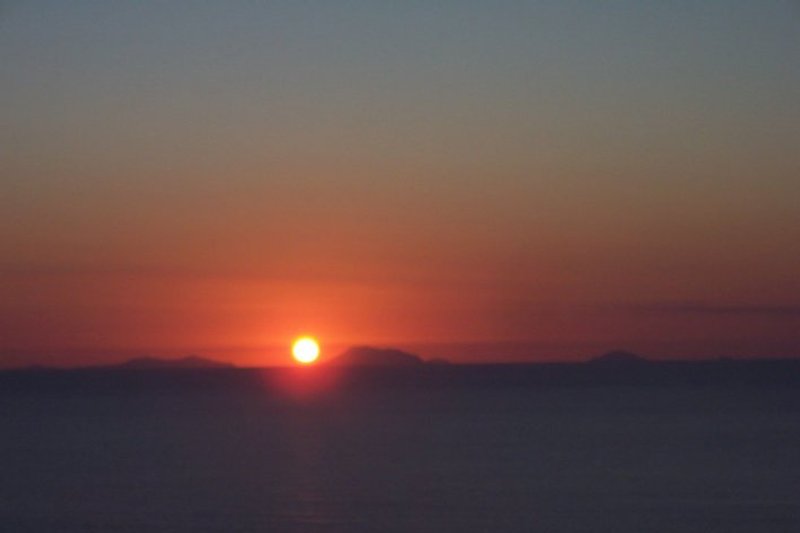 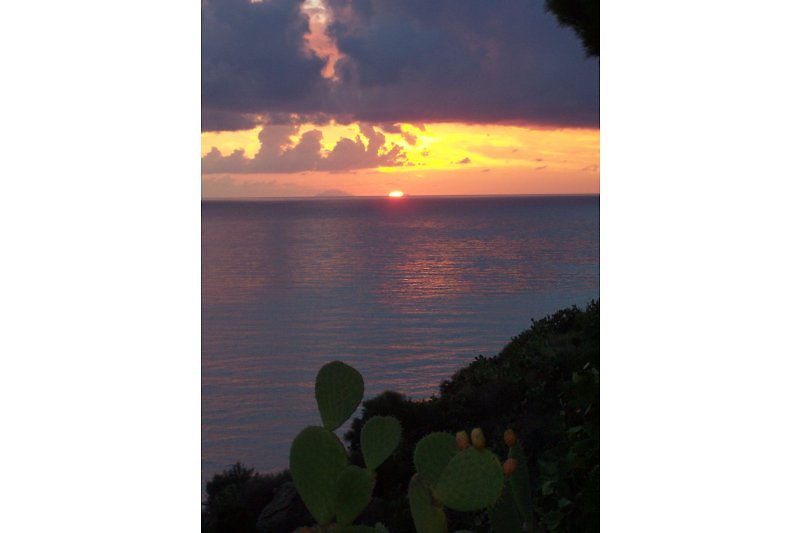 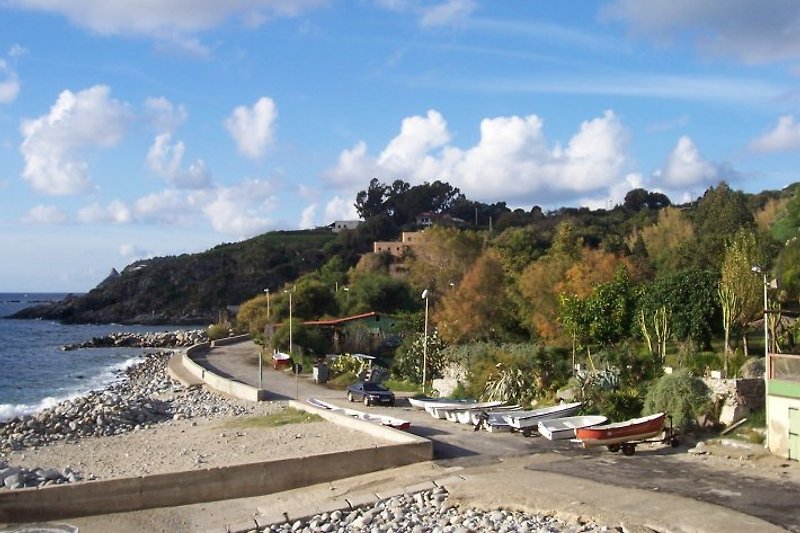 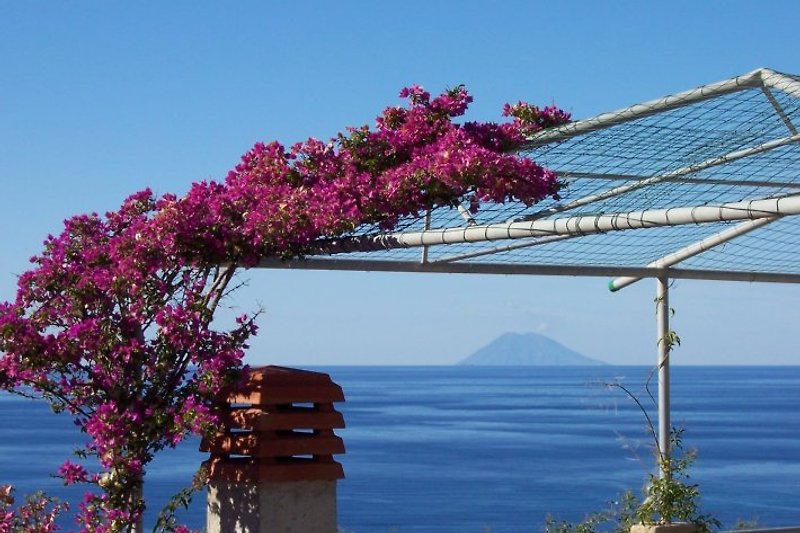 The impressive detached villa with a large garden plot perched in really unique position 50 meters above the beach of Coccorino; magnificent panoramic sea views, quiet location. Distance from the sea about 80 meters, walk 250 meters!
The Villa (140 sqm) is surrounded on three sides by shady arcades and consists of entrance hall, 3 spacious bedrooms, living-dining room with sofa, satellite TV and off. Fireplace, kitchen (dishwasher) and bathroom (with bath) ,
The villa, which has for many years very popular with many regular customers was restored in 2009: wrought iron entrance gate, renovated kitchen, improvement and renewal of the equipment ...
Own driveway with parking space and outdoor shower.

Villa Zappani located in the front row directly above the small beach of Coccorino Mare: this small seaside settlement consists of only a few private houses, all individually designed, in part, throughout the year by the owners and partly used as a holiday. There is a very romantic fish restaurant, Ristorante da Mercurio with wonderful terrace overlooking the sea where Mercurio served his special fish creations. Down at the beach, there are 2 bars, otherwise the town is mostly visited in the summer rather quiet and locals. There is neither a hotel nor otherwise Restaurationsbetriebe. The beach is free and not occupied by bathing establishments or the like, partly it is made of sand, partly of rock formations. The area is ideal for snorkeling, diving and jumping from the rocks, but also for restful relaxation and sun worshiping. Capo Vaticano offers a variety of large and small idyllic coves with sand, rock, gravel, rock - ideal for any kind of water sports. Many beautiful, even long sandy beaches can be found between Capo Vaticano and Tropea. Most beaches are easily and quickly accessible. The most famous bays:

Grotticelle: The best beaches on the tip of Capo Vaticano. Several bays with sandy, between rocks, sand and mostly in water. Behind the beach greenery and individual beach facilities (including some cozy bars); Umbrellas, deck chairs, boats, surfboards, etc. can be rented. A popular summer event here is the shady beach bar Grotticelle!

S. Maria: Ca. 750 m long sandy beach (coarse sand, in the water and gravel and stone), behind houses and some hotels. In July and August quite heavily frequented. Part of the beach facilities hotels and boats.
Coccorino Mare: The beach of the Bay - 200 m long - consists mainly of stone and rock, an about 30 m wide, quite intimate sand piece and individual, differently sized Sandeinspülungen exist. The bay shows lots of green, framed by high cliffs and rather quiet even in summer; seasonal There is a bar and optional umbrella, boat rental facility.

Coast between Coccorino and Nicotera: Between Coccorino and Joppolo on some kilometers spectacular rocky and steep coast, by boat are some tiny coves accessible.
Joppolo is like in a shell in a fertile bay, stretching up the mountainside. The promenade extends from a pine forest to a massive Saracen. The beach consists of rock, stone and gravel, at some places the sand is heaped in the summer.
At the end of a vast mountainous coastline the ancient town of Nicotera perched with its romantic alleys and squares over the deep green plain of Nicotera Marina, which continued and wide sandy beach (with individual beach facilities) drags against the waterfront.


Tonicello and Tono: sand belt uncrowded, accessible by individual Stichsträßchen towards Tropea, even in midsummer; individual bars and Residences, in between rocky sections.

Award of the coasts and water quality (sailing) and the tourist infrastructure (petals) by the environmental organization Lega Ambiente 2006: 4 sails and 5 petals for Tropea ( points out of 100) and Pizzo (85 points), so that Tropea has the best rating of all Calabria and one of the best of all Italy!

The beaches around Tropea received for the 5th time in a row this highest award, making us the most beautiful and cleanest in Italy!

my name is Felicitas, I'm German, but lived for many years in Italy, which I had long become a second home. I also spent in Calabria For many years, which makes me even now always fascinated with its beautiful beaches, clear water, and above all the magnificent views across the sea to Sicily. I can assure you: a beautiful place to spend the holidays and to enjoy the good food and wine! 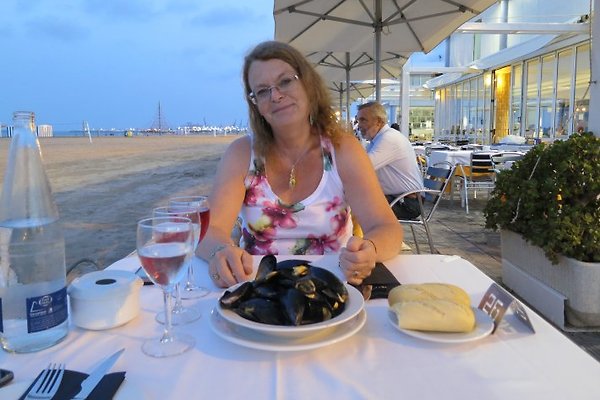 https://www.tourist-paradise.com 70709 Villa Zappani Spacious detached villa overlooking the sea with garden and spectacular views to Mount Etna in Sicily and the Aeolian Islands with the famous volcano Stromboli https://static.ferienhausmiete.de/pictures/130501/bilder_original/130501_1440516217.jpg
77 EUR 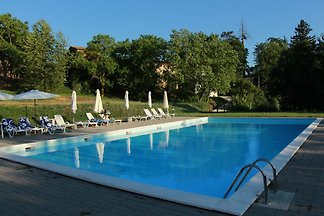 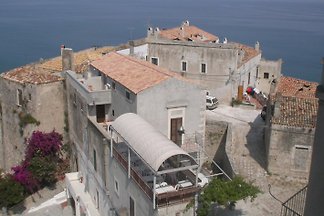 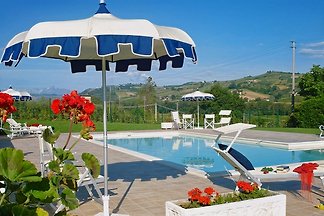