The Dimitra’s Villas Complex is situated on a 6 acre plot in Kalo Nero, Messinias and is only 10 metres from one of the beautiful beaches of Southwest Peloponnese. 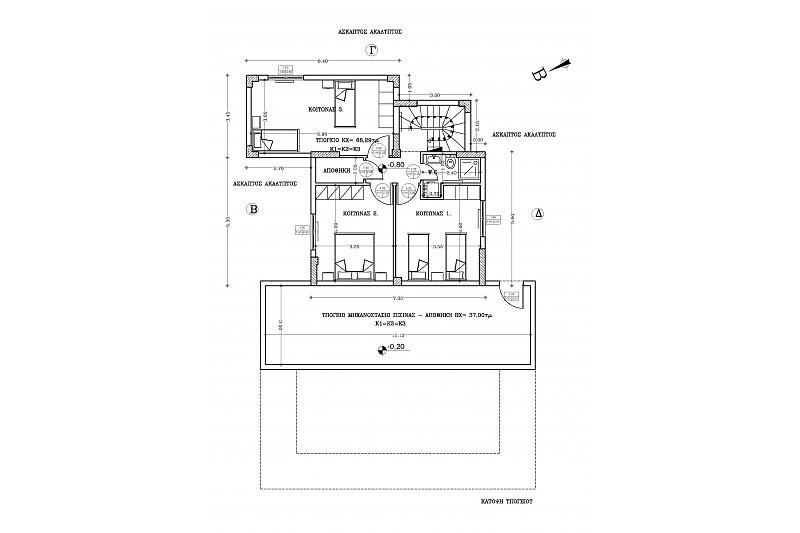 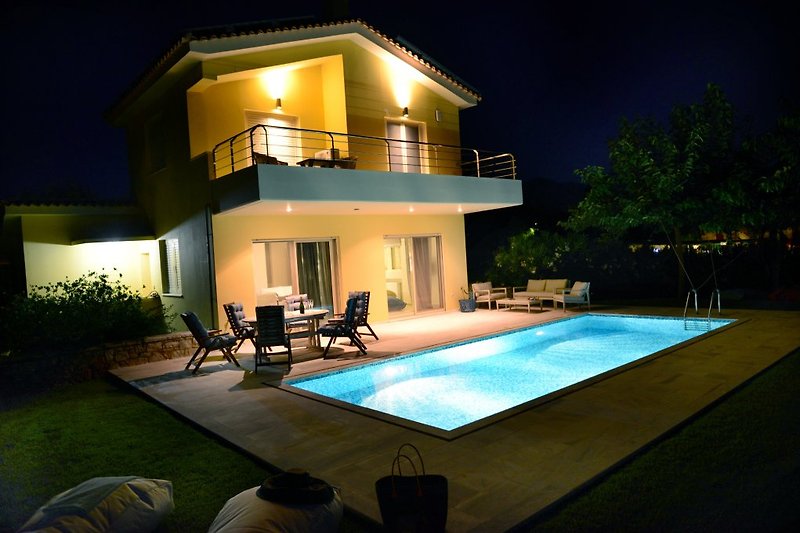 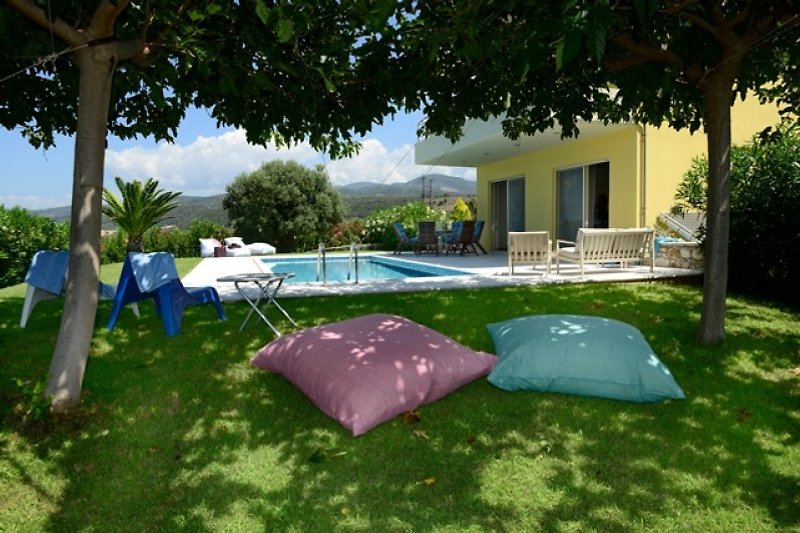 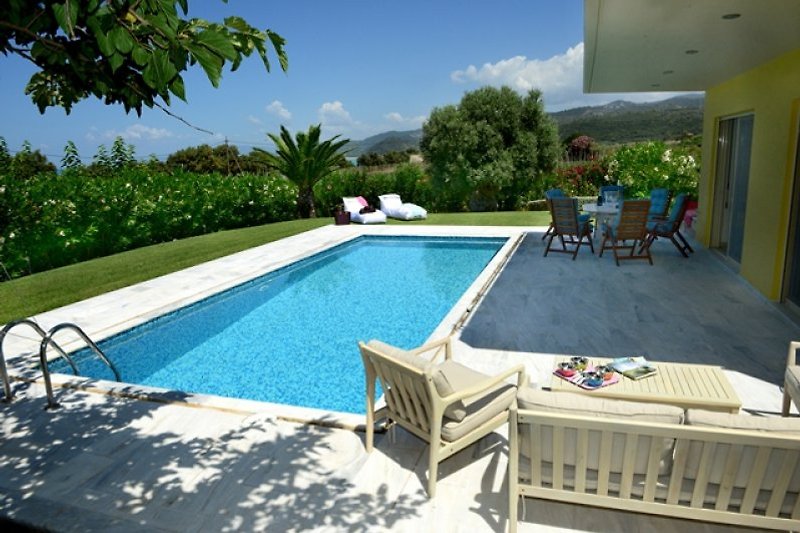 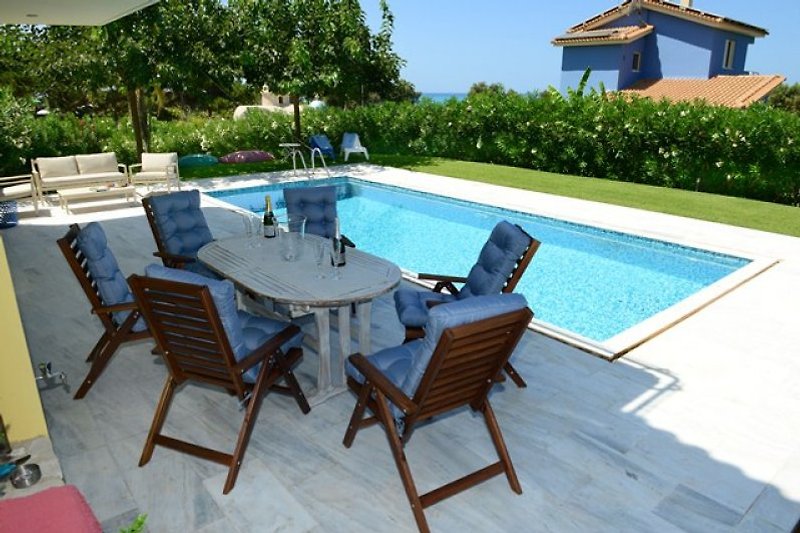 Outside Dining table and pool 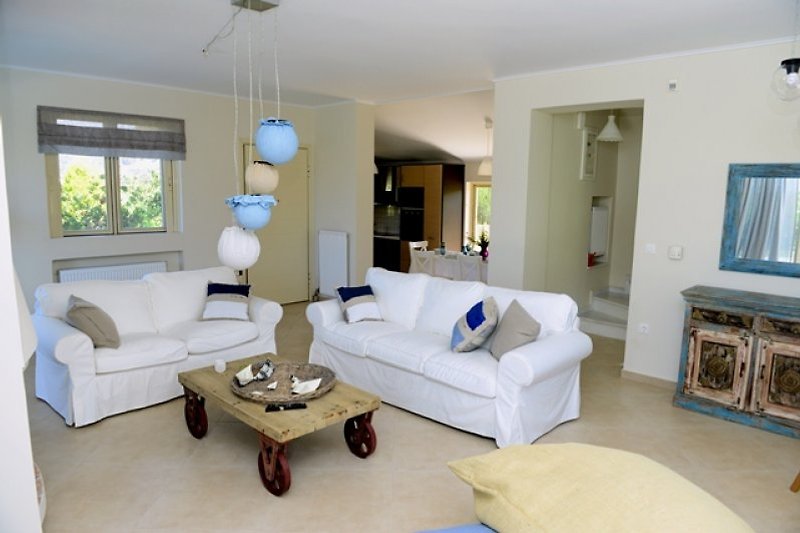 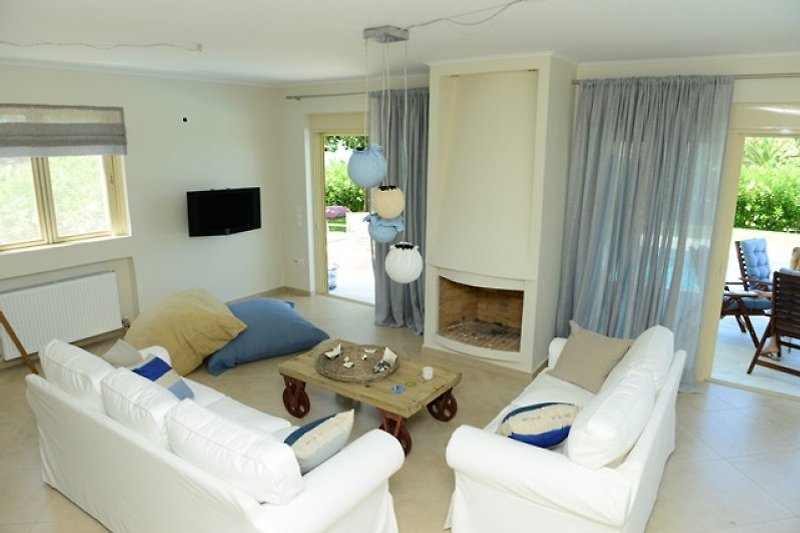 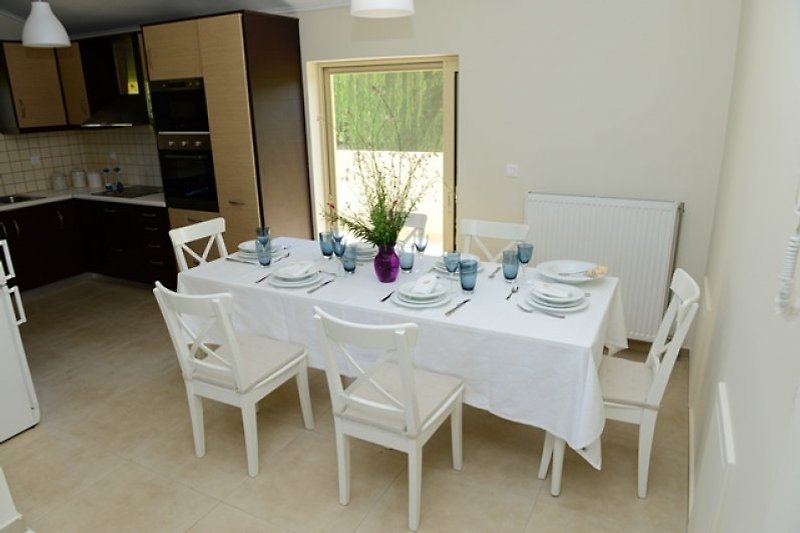 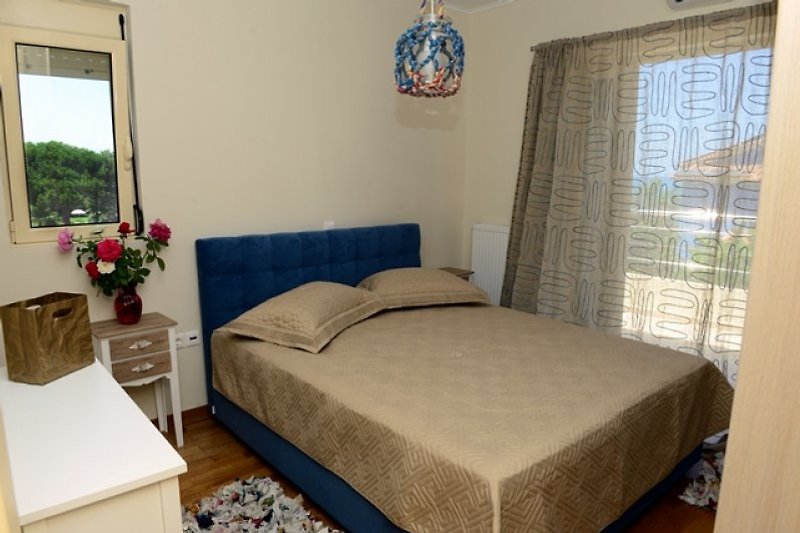 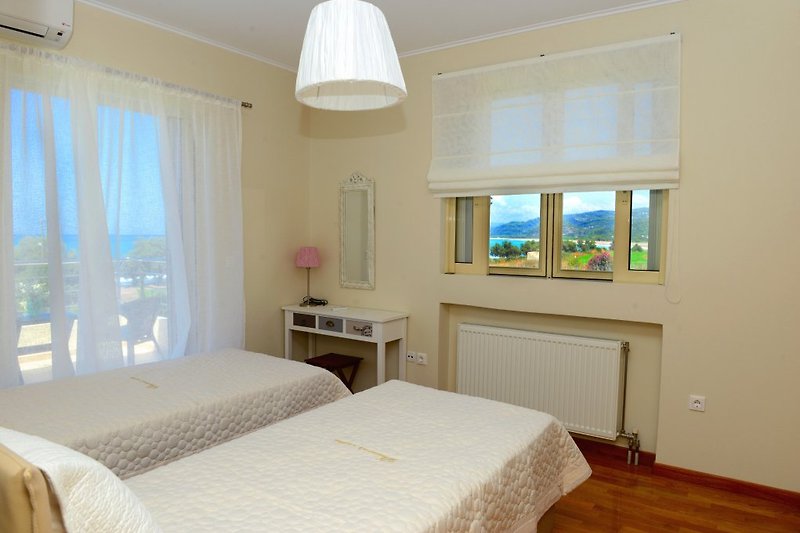 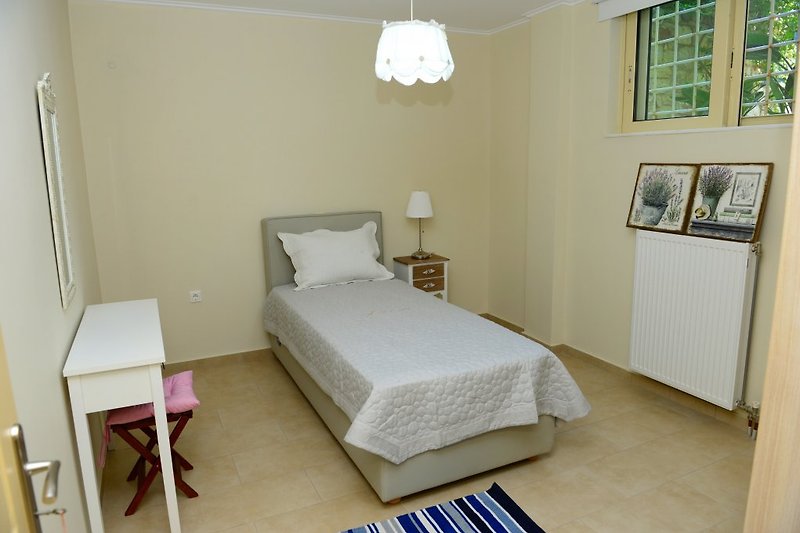 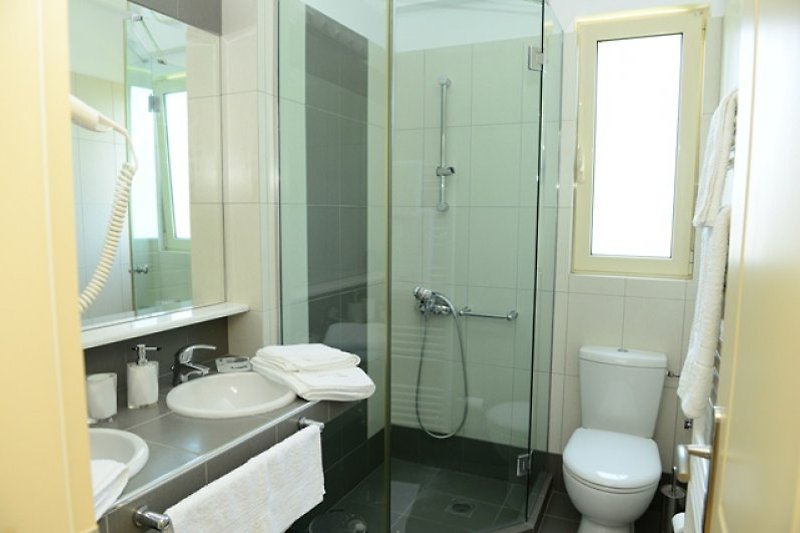 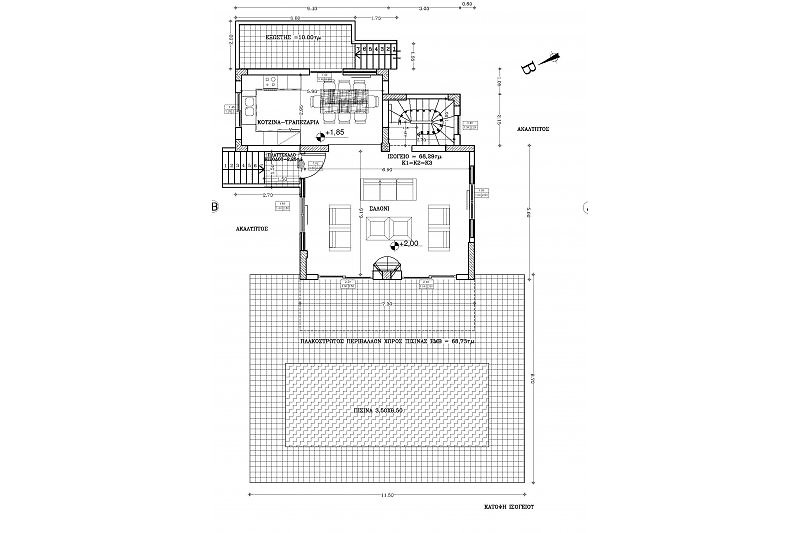 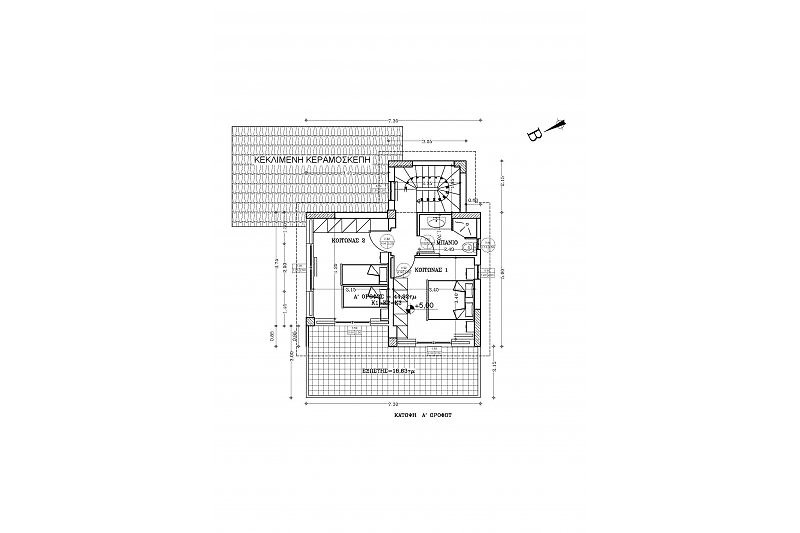 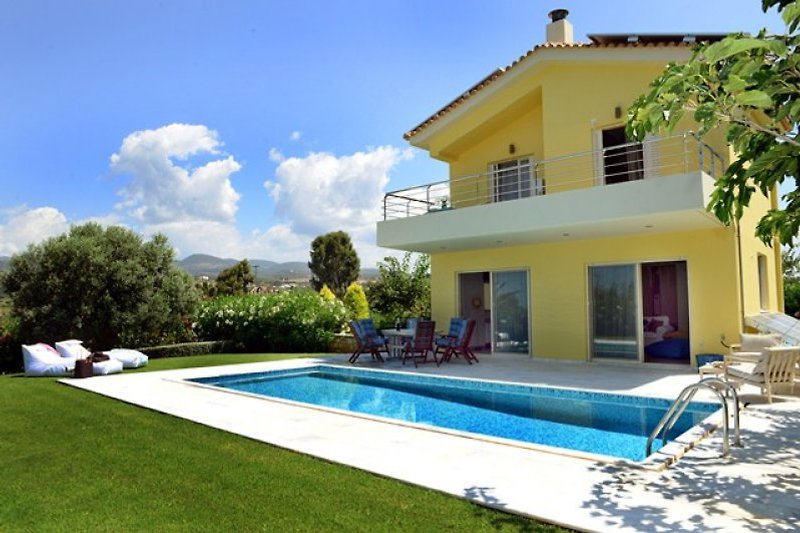 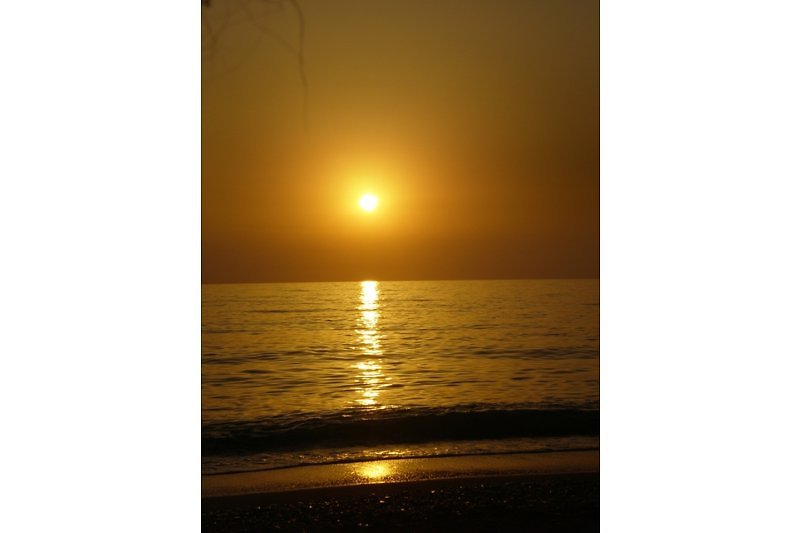 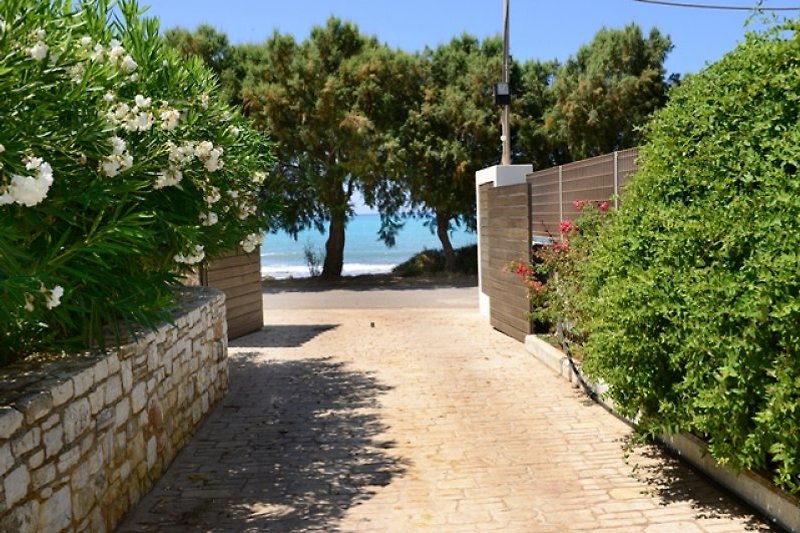 Few steps away from the beach 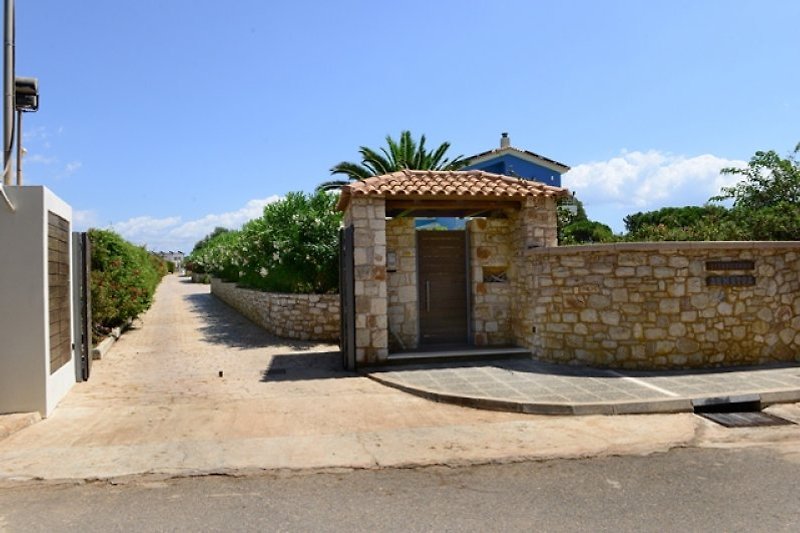 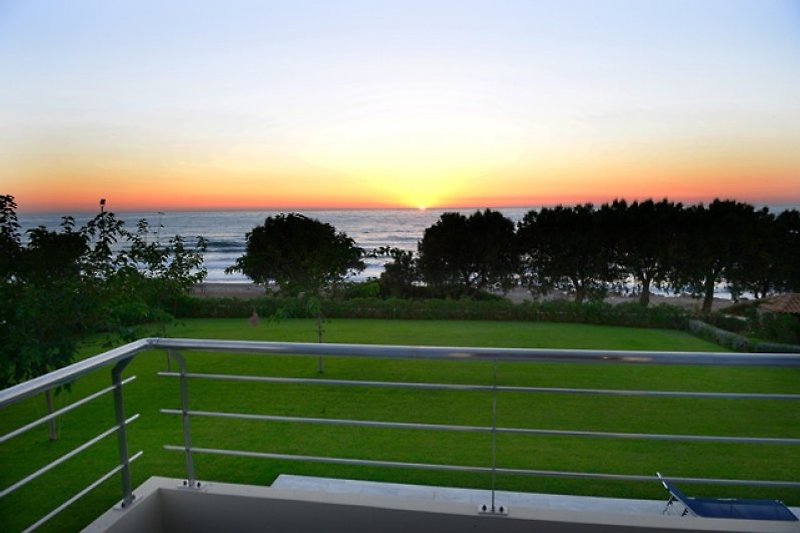 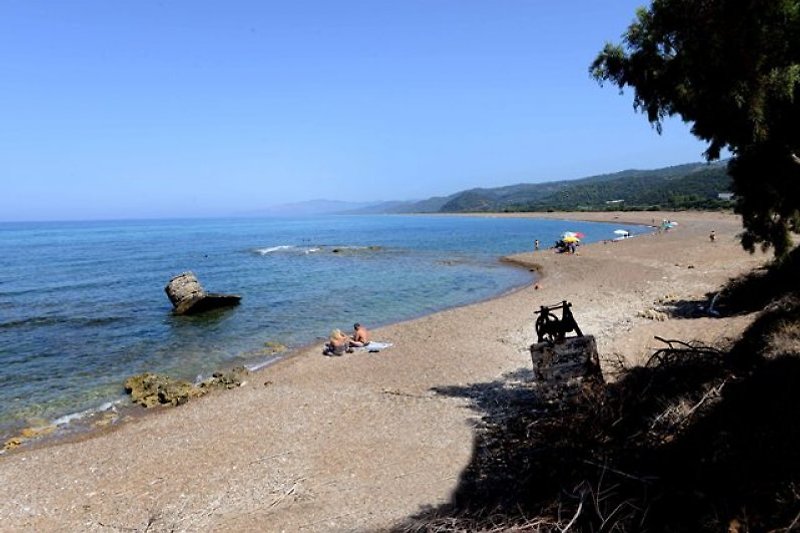 The Dimitra’s Villas Complex is situated on a 6 acre plot in Kalo Nero, Messinias and is only 10 metres from one of the beautiful beaches of Southwest Peloponnese.

Kalo Nero: The beautiful village of Kalo Nero, located 6km north of Kyparissia in Messinia, lies on a superb stretch of sandy beach which extends for 63km to Katakolon. Every year, the Caretta-caretta turtles lay their eggs on this beach. There are many taverns, restaurants and cafes in Kalo Nero to satisfy all tastes.
The Dimitra’s Villas Complex is situated on a 6 acre plot in Kalo Nero, Messinias and is only 10 metres from one of the beautiful beaches of Southwest Peloponnese.
It consists of 3 luxurious villas and is close to the many well-known attractions in the surrounding area.

surcharge per additional person 25,00 &euro; night
prices are - per object - at an occupancy up to: 6 persons

In case of cancellation, any payments are forfeited.

Sights nearby:
Ancient Olympia:
Olympia, 39km from Kalo Nero, was a city in ancient Greece in the region of Elis. Known as the venue of the Olympic Games in classical times, this event was comparable in importance to the Pythian Games held in Delphi. The gold and ivory statue of Zeus by Pheidias, known in ancient times as one of the seven wonders of the world, was found there. The origins of the Olympic Games date back to 776 BC and were held every four years. In 394 AD, Byzantine Emperor Theodosios I banned the Games from taking place as they were considered pagan.

The Palace of Nestor (29km):
The Mycenean Palace of Upper Englianos, better known as the Palace of Nestor, is the only Mycaenean palace to be preserved in such good condition. Located 4km south of the town of Chora (in the Municipality of Nestor in Messinia) the Palace of Nestor is the central building surrounded by a fortified wall and dates back to the late Helladic Period. It was a two-storey building which included a warehouse, workshops, baths, light wells, reception rooms and a sewerage system and is located in the elongated hill of Upper Englianos. It is the most well preserved Mycenean palace to be discovered to date. During excavations in 1939, about 1000 Linear B tablets were also found and identified along with numerous artistic items dating from 1300 BC. The palace complex, used by King Nestor, was destroyed by fire at around 1200 BC.

The Temple of Epicurean Apollo (22km):
The Temple of Epicurean Apollo at the Bassae of Figaleia is one of the greatest and most imposing monuments of antiquity. Dedicated by the Figaleians to Apollo because he assisted them in overcoming a plague, the temple rises imposingly at 1130 metres tall in the centre of Peloponnese on the mountains between the prefectures of Elis, Arcadea and Messinia. The temple was built in the second half of the 5th century BC (420 -410 BC) and is attributed to the architect Iktinos, who also designed the Parthenon. This monument, one of universal importance and one of the best preserved in classical antiquity, was the first to be included in the UNESCO World Heritage Site in Greece in 1986. Part of the temple frieze broke in 1814 and is now exhibited in the British Museum in London.

Ancient Messine:
One of the most important archaeological sites in Greece, Ancient Messine was founded by the Theban general, Epaminondas and Argaean allies in 369 BC. The city, built according to the Hippodameian system, flourished during Macedonian and Roman times as the capital of the Messinian state. The decline of this remarkable political and artistic centre began from the first decade of the 4th century AD. The city suffered a strong defeat by the Goths in 395 AD. Archaeological findings indicate continuation of life in later centuries during which locals and intruders coexisted. Near the archaeological site of Messine is the village of Mavrommati, which retains its traditional style, consisting of a small square, a central tap with cold running water and taverns. Mavrommati has 222 inhabitants and is 30km northwest of Kalo Nero.

Voidokoilia (50km):
Voidokoilia beach is probable the most famous beach in Messinia and one of the most beautiful in the Mediterranean. The name comes from the word “Voufras” which means “where oxen live”. It has also been referred to as Vouvota – Voidokoilia in an ancient inscription. Most obviously, the name may be derived from the large curve which the bay forms, reminding one of the belly of an ox. It is within a Natura 2000 protected area.

Lake Caiaphas (26,5km):
The area of Lake Caiaphas is a unique ecosystem of unrivalled beauty. Located in the municipality of Zacharo, the lake stretches from the Ionian Sea with its extensive sandy coast, the wonderful pine forest of Strofylia, a lowland area which continues to the fields of Xirochori – Zacharo and the mythical Mount Lapitha, at the foot of which the Anigridon Nymphs spring lies to the west and the Gerani furrow spring to the east. The spas date back to mythical times. The ancient historian Pausanias mentions that the lake did not exist during his time, but only the Anigros River, which took its name from the cave of the Anigridon Nymphs. Our ancestors believed that nymphs resided in the large cave on the western side, one in fact being Kalliafeia, where the name “Caiaphas” comes from.

Neda Waterfalls (12km):
The Neda River of Peloponesse is located on the border between the prefectures of Elis and Messinia. The river flows westwards from Mount Lykaion into the Ionian Sea between the gulf of Kyparissia and Zacharo. With a length of 32km, Neda is one of only two rivers in Greece bearing a female name, the other being the Erkyna River. A large part of the river crosses a ravine with very rich vegetation and along its length, waterfalls form, the largest being near Figalia with a height of approximately 50 metres. 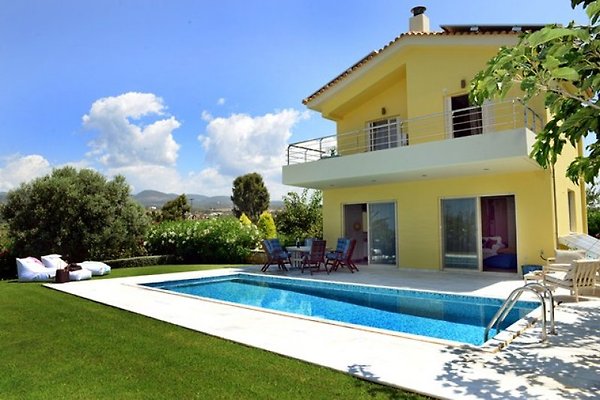 https://www.tourist-paradise.com 68630 citron The Dimitra’s Villas Complex is situated on a 6 acre plot in Kalo Nero, Messinias and is only 10 metres from one of the beautiful beaches of Southwest Peloponnese. https://static.ferienhausmiete.de/pictures/130068/bilder_original/130068_1429712025.jpg
180 EUR 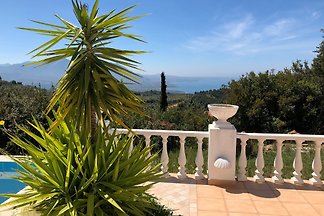 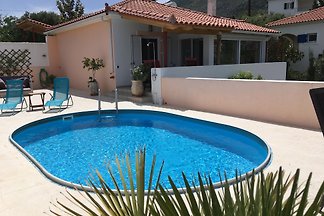 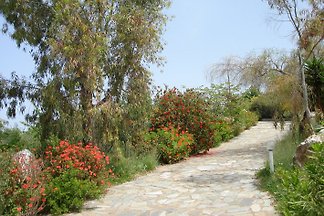 All accommodations in Kyparissia