Search
from 99€ per night

Luxury and new apartment right on the beach. Spacious, with three bedrooms and large terrace overlooking the sea. 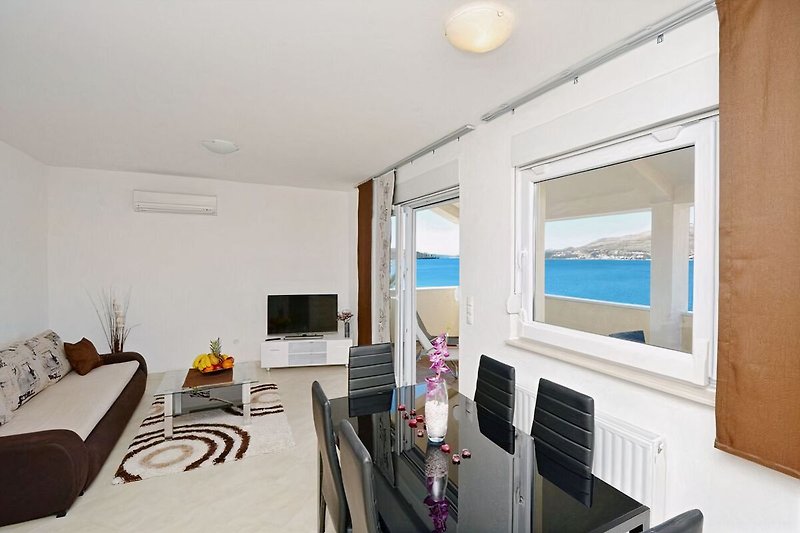 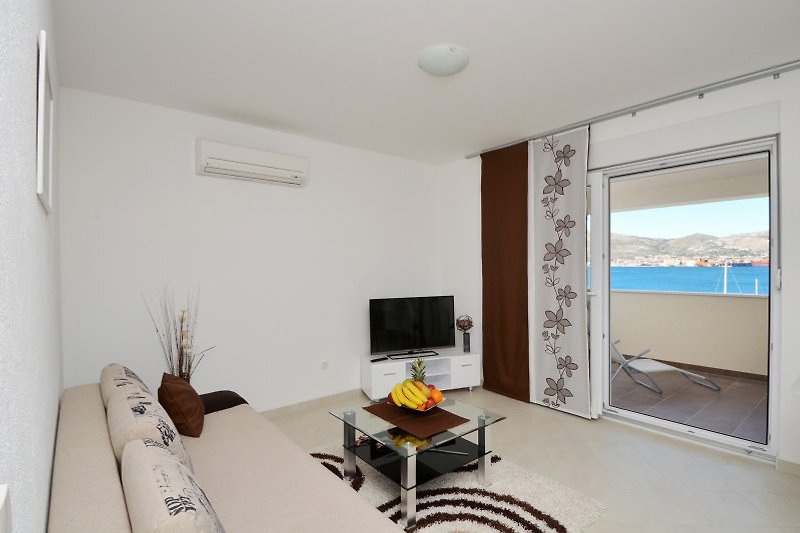 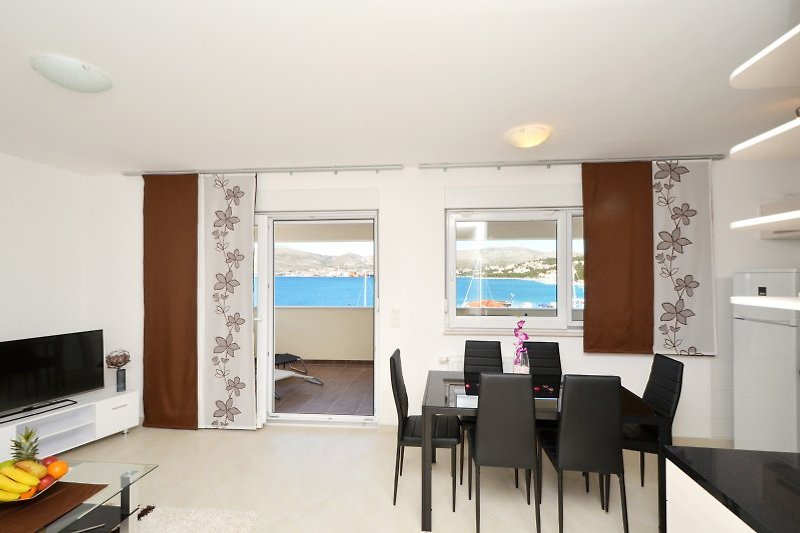 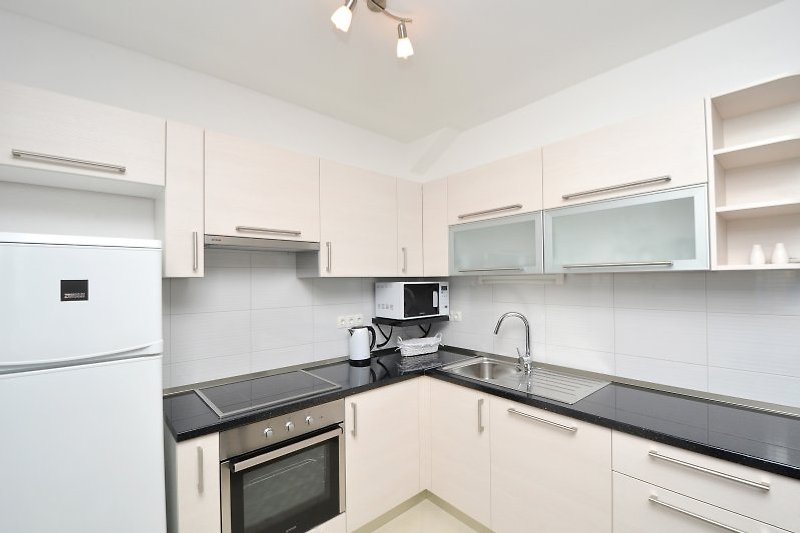 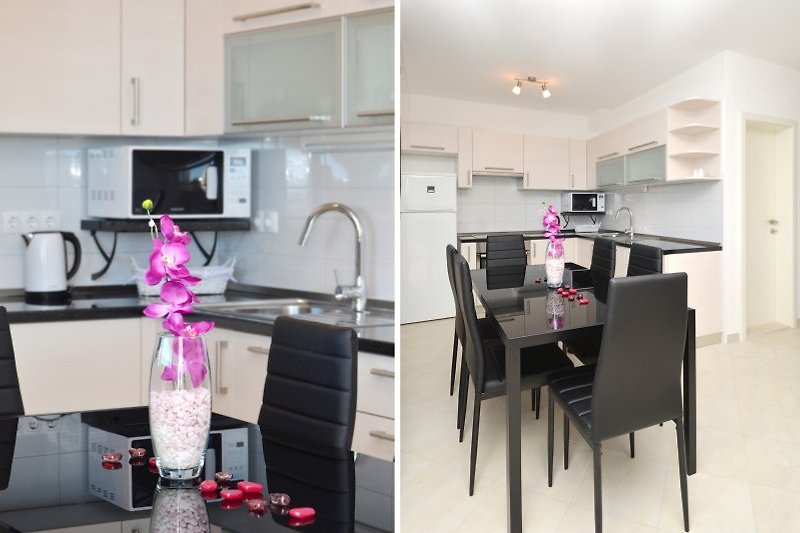 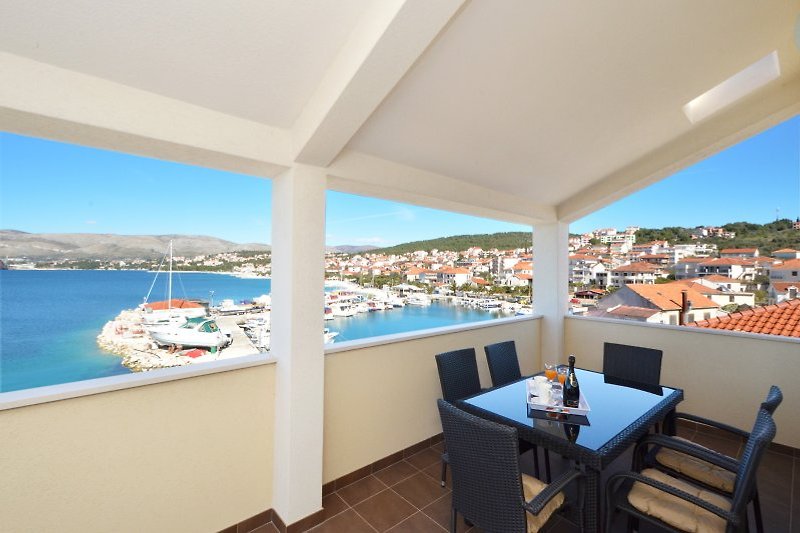 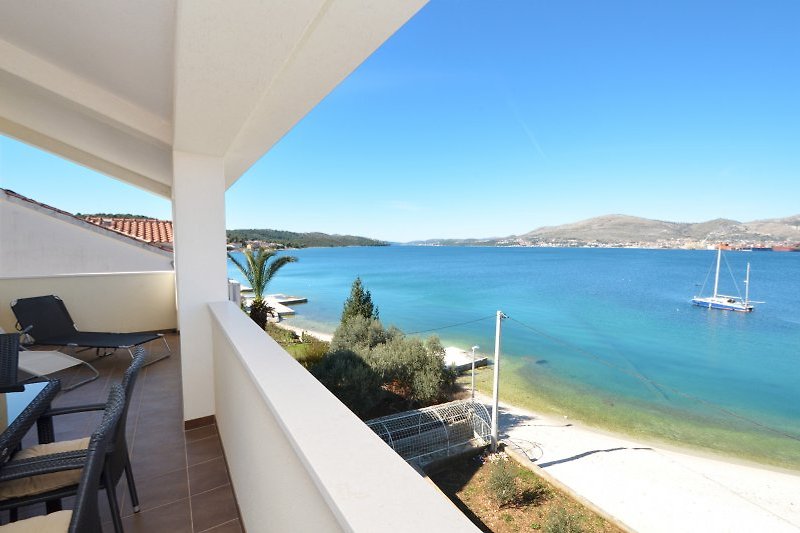 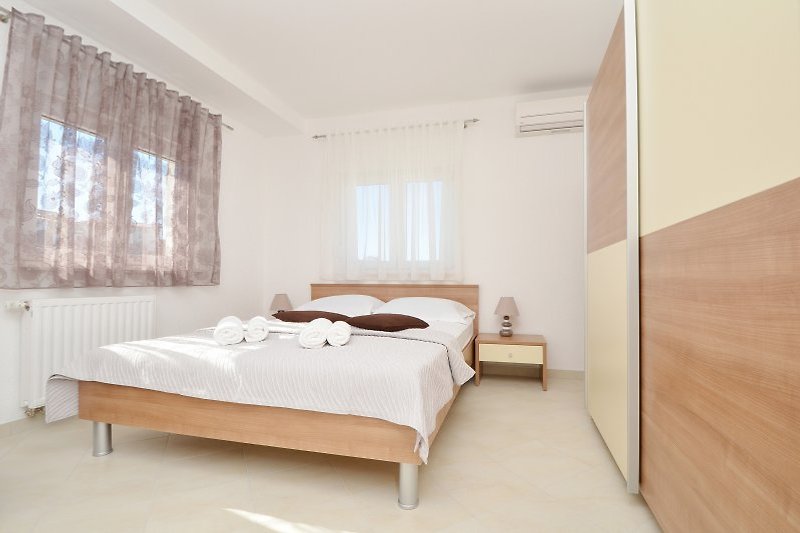 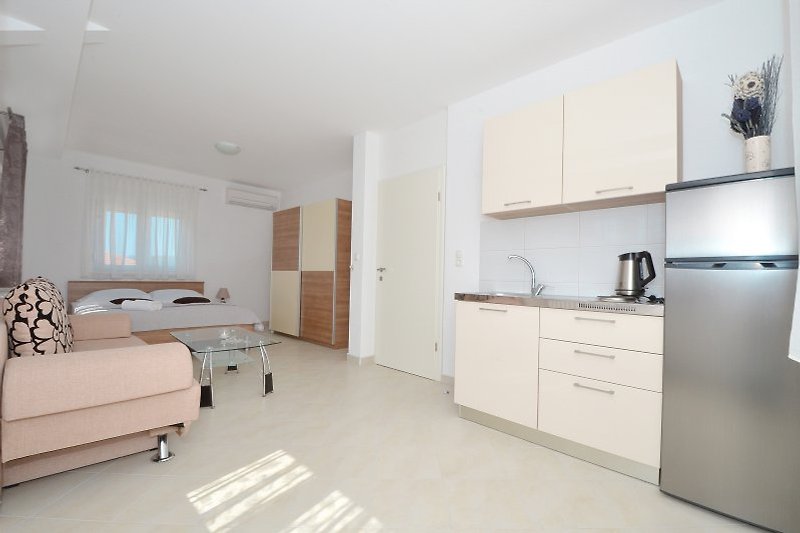 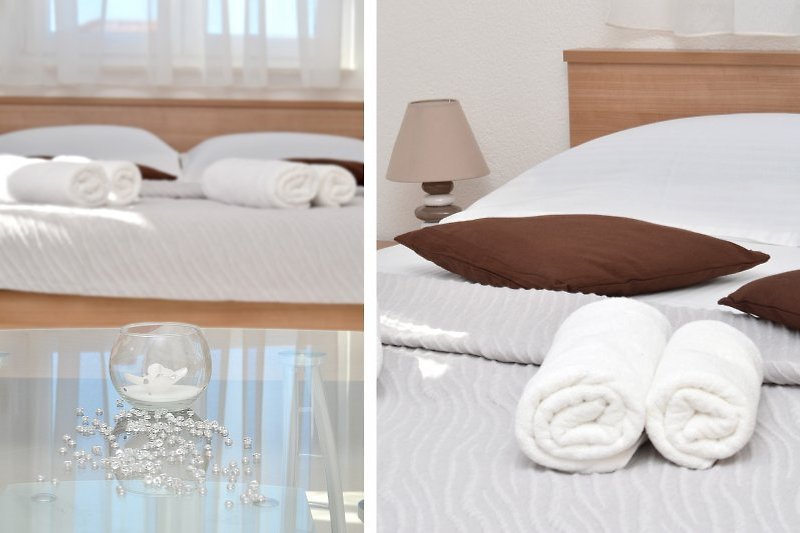 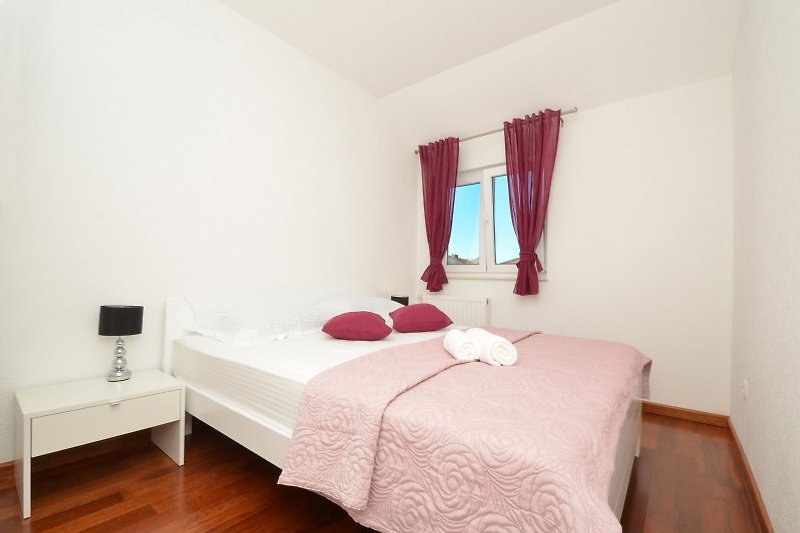 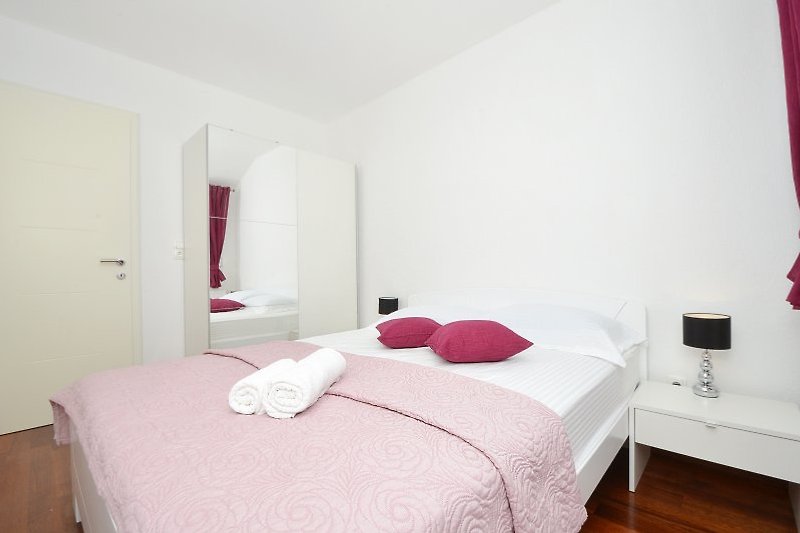 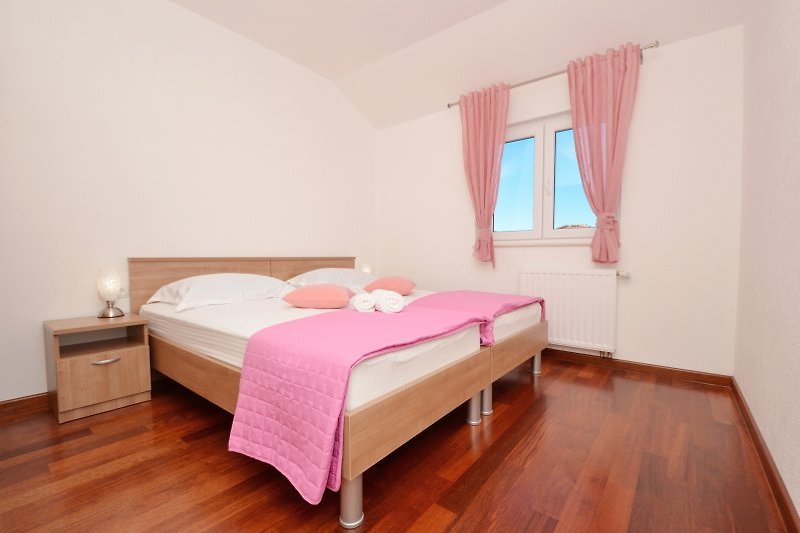 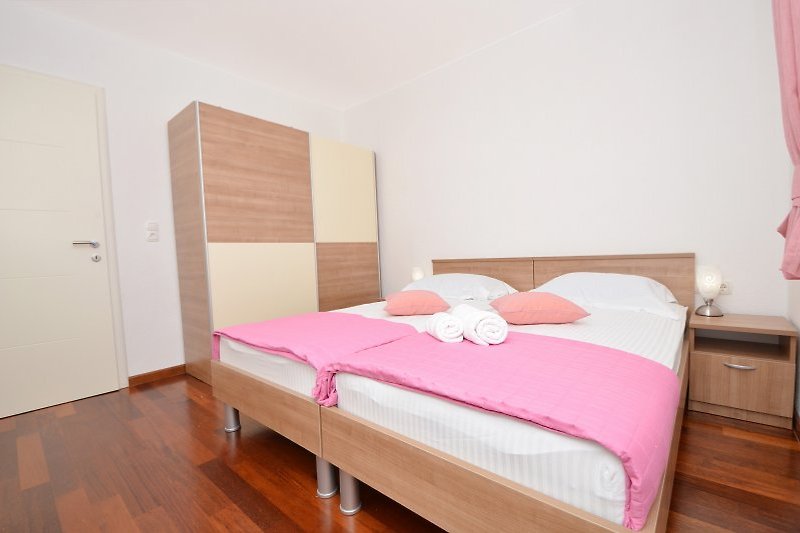 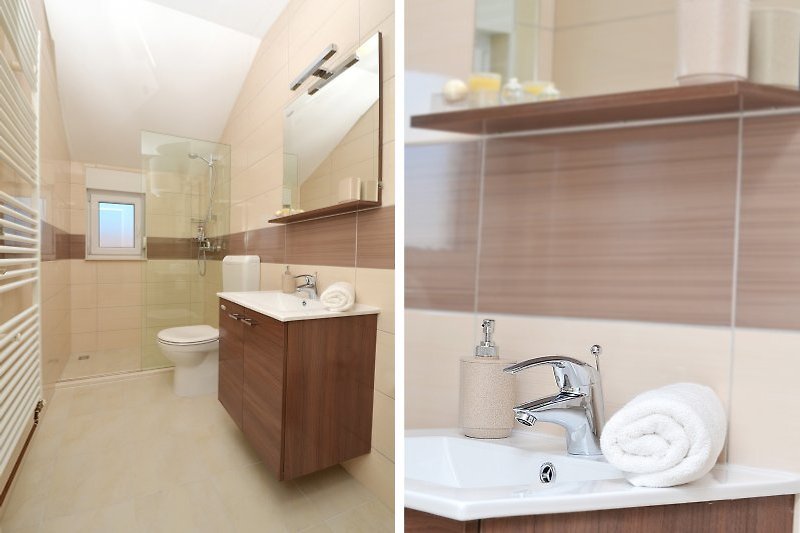 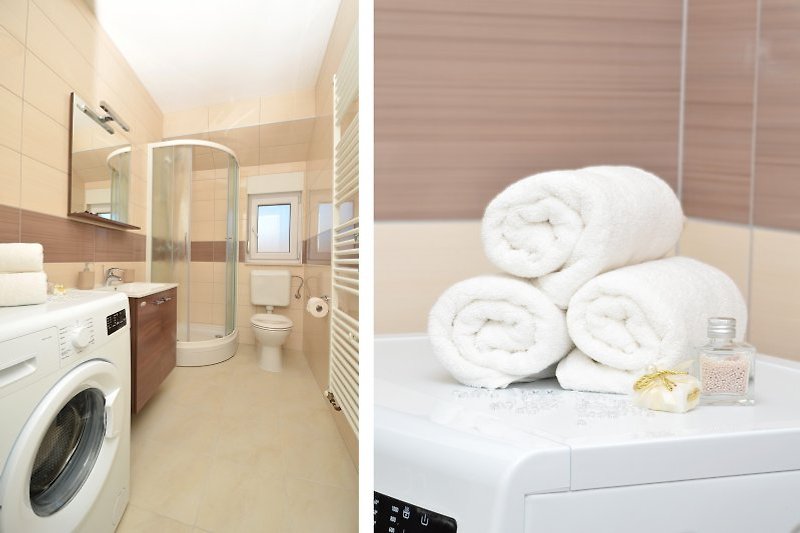 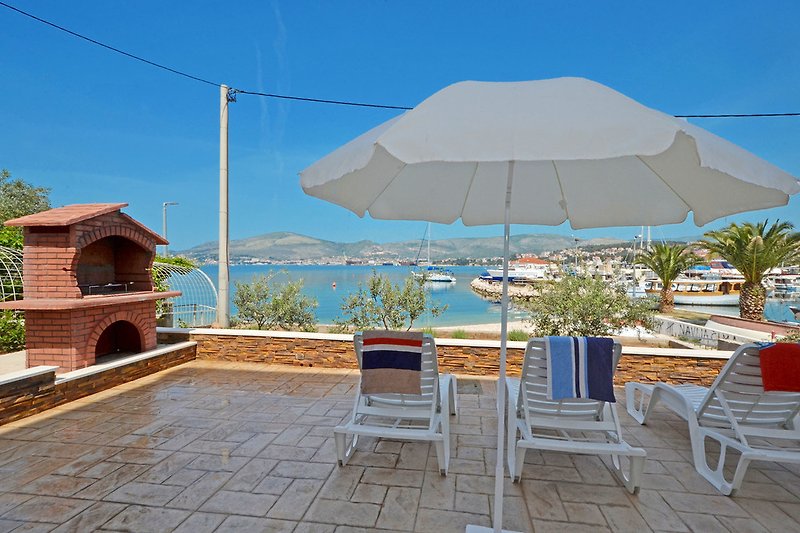 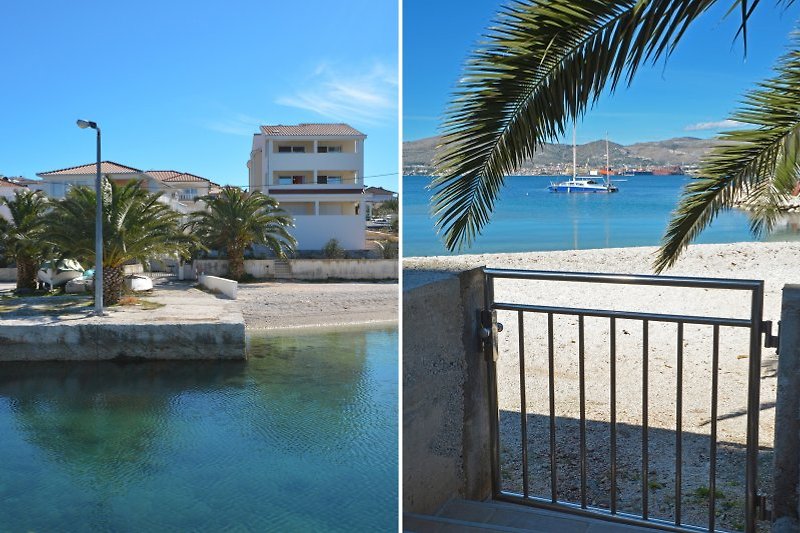 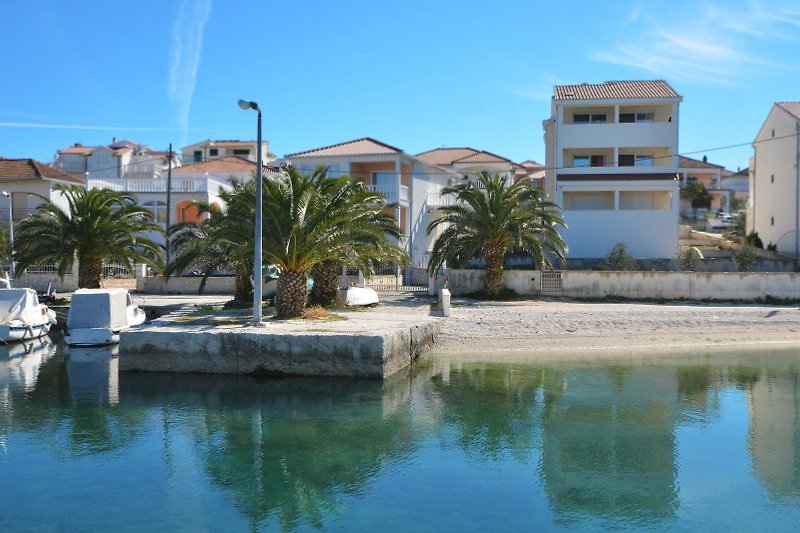 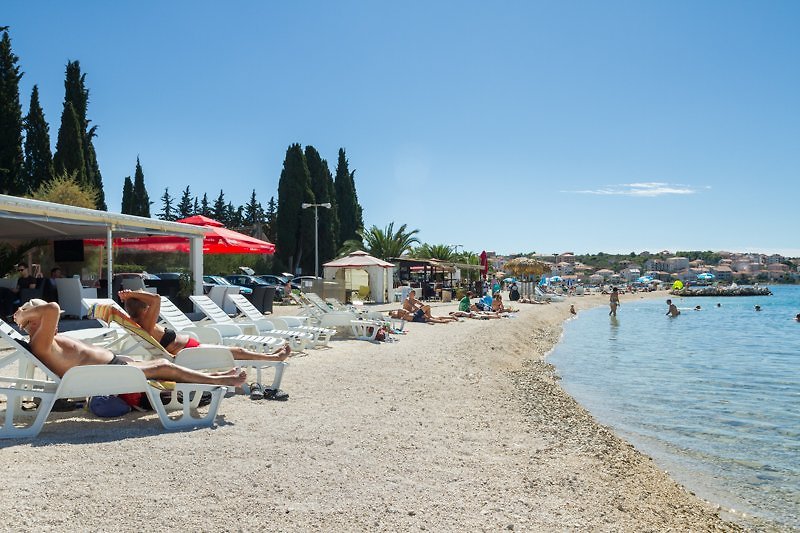 Luxury and new apartment right on the beach. Spacious, with three bedrooms and large terrace overlooking the sea.

from 693€ per week
equates to  99€ per night
Price calculator

The accommodation is fully equipped, and has the following properties:

Okrug Gornji is situated on Čiovo which is connected by bridge to the mainland, so it is island and mainland at the same time. You can go normally, without any payment, to mainland, because the bridge is open to traffic 24 hours a day. From Okrug Gornji you can go to Trogir, beside by car, by bus and by boat. Trogir is 2km from Okrug Gornji and Split 27 km. Okrug Gornji is famous for its two kilometer long pebble beach Copacabana is called.
Okrug Gornji is a place with about 5000 inhabitants + the tourists in the summer and it is 4km from town of Trogir. If you want to go to Trogir, you can go by car, by bus or by boat. The boat leaves every 30 minutes from Copacabana beach to Trogir city center.
Okrug Gornji is very attractive because there is a 2 km long beach promenade and pebble beach Copacabana which is ideal for day and evening entertainment, you have the beach many restaurants and cafes, as well as live music in the evenings and fishermen evenings with food and beverages. They have water sports (surfing, banana, jet ski ...), playgrounds, supermarkets, bowling alleys, and many others. They also have boat trips to nearby islands of Solta and Drvenik. In Okrug Gornji you also have diving center, tennis courts and a fitness center.
There are also various restaurants, so I'm sure you will find what you like, because you have all of Dalmatian cuisine to pizza places. They also have a free market with fresh vegetables and fruits, large supermarket, post office, pharmacy, cafe bar, restaurants and ATMs. And doctor.

Trogir, a town near Split, is known for its center, which was entered in the register of protected World Heritage by UNESCO, the Romanesque portal at the entrance to the St. John's Church, but also for lively summer nights. In the vicinity of Trogir also the island of Ciovo is with idyllic small villages, beaches and hidden coves for bathing as created.

To Trogir and in the city itself, there are pebble beaches. A beautiful pebble beach, which is particularly suitable for families with young children, is also located in front of the hotel Medena.

Romanesque town of Trogir is not only on the Adriatic the best preserved Romanesque-Gothic complex represents, but throughout Eastern Europe. In the medieval, walled town center there is a preserved castle and tower, about ten churches and a series of dwellings and palaces from the periods of the Romanesque, Gothic, Renaissance and Baroque.

The famous Dalmatian cathedral St. John the portal, which was created by master Radovan, the greatest Croatian sculptor. This famous Romanesque portal dates back to the 13th century. The cathedral changed its appearance over time, so they got a bell tower in mannerist style in the 16th century. The cathedral was added together with the whole town of Trogir in the list of World Heritage of UNESCO.

prices are - per object - at an occupancy up to: 8 Persons

rental deposit: 35 % at time of booking
final payment: on arrival

To book, the deposit of 35% of the total amount + Other fee of 7% to our bank account or by online payment by credit card is required. The rest is to be paid on the arrival at the apartment.
The Other fees include our service and no Risikopolitik- we give the security deposit back if you have to cancel the trip due to unexpected circumstances!
If you want to book, please send us an email with your preferred method of payment and we will send the invoice with all the details.

All prices are all-inclusive. No additional payments will be required. The price tax, electricity and water supply Needs are obtained. Use of crockery, cutlery and also dishwasher, air conditioning (if accommodation of a grouted).

All prices are all-inclusive. No additional payments required. The price tax, electricity and water supply Needs are obtained. Use of crockery, cutlery and dishwasher, air conditioning (if accommodation of a grouted).

Online Croatia specializes in private accommodation. We offer more than 700 apartments in Split, Trogir, Dubrovnik and other parts of Dalmatia.
We want your host to be and find a perfect holiday home for you in Croatia.
Our goal is to provide an individual approach to each guest. We believe that firsthand information is always the best.
We are in Dubrovnik and have been working of 2007. 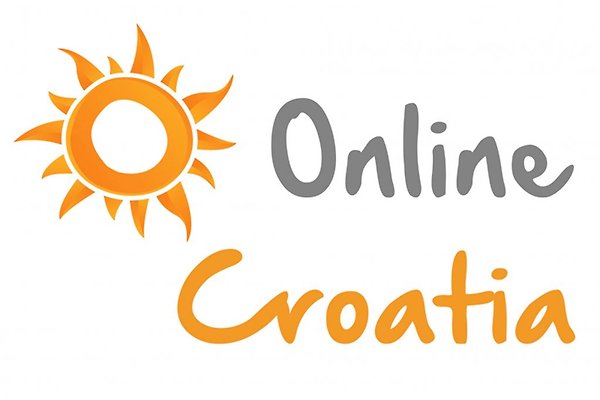 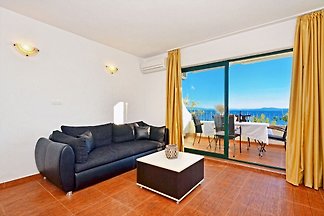 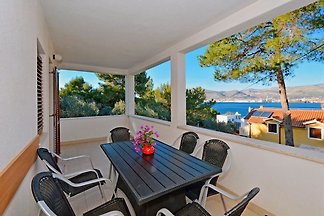 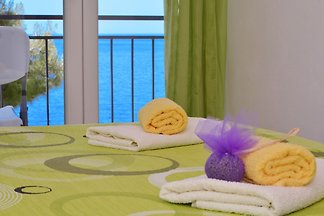