In the holiday region: Croatia Omis 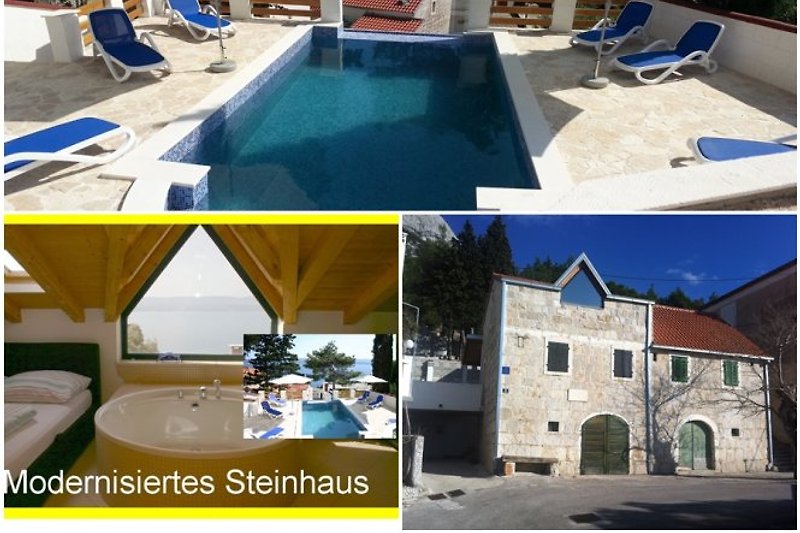 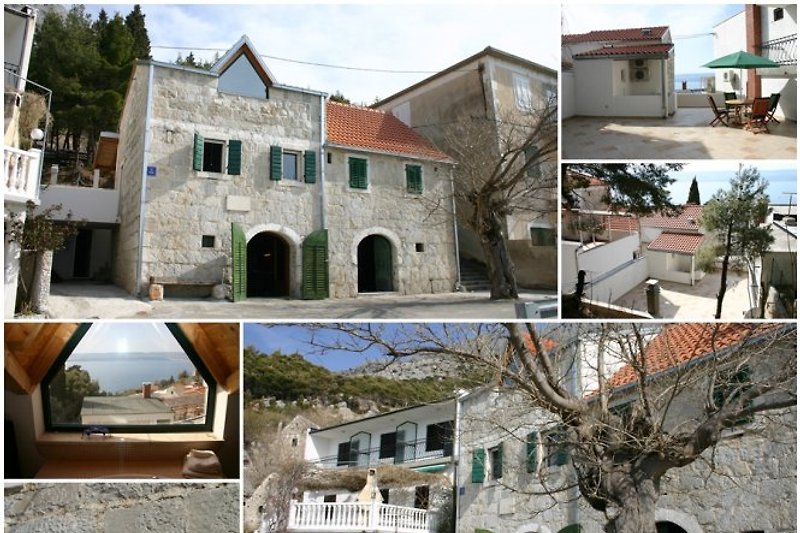 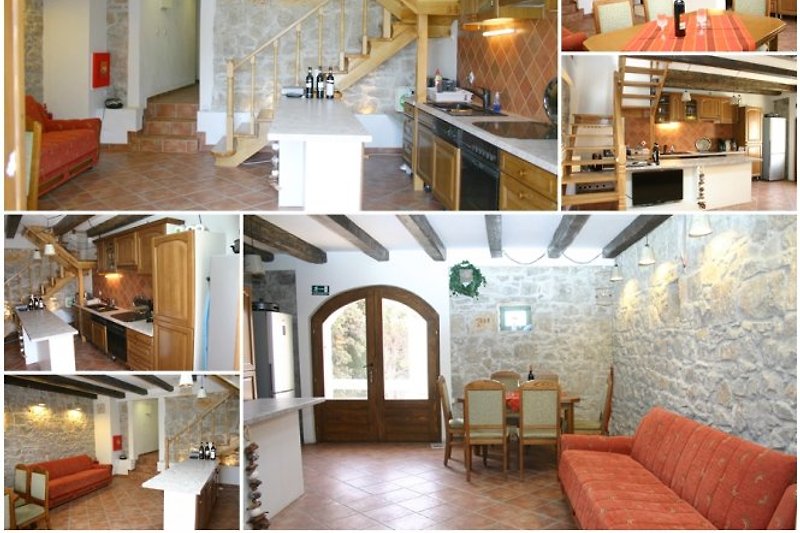 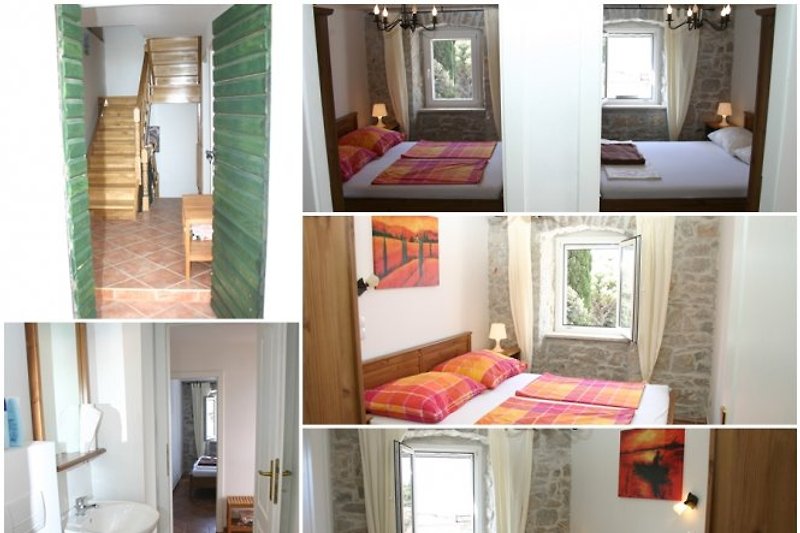 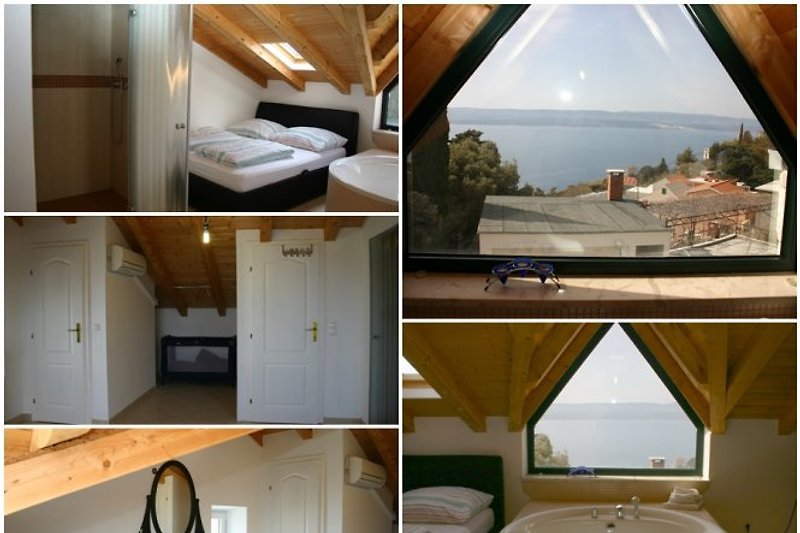 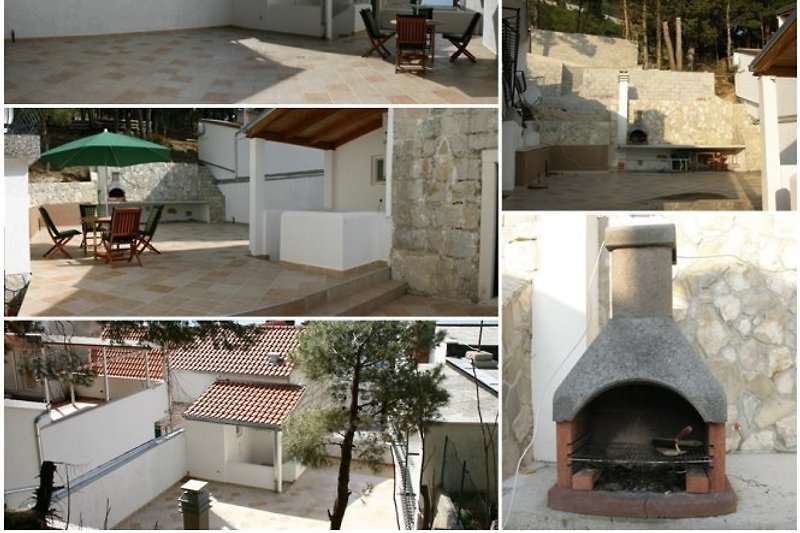 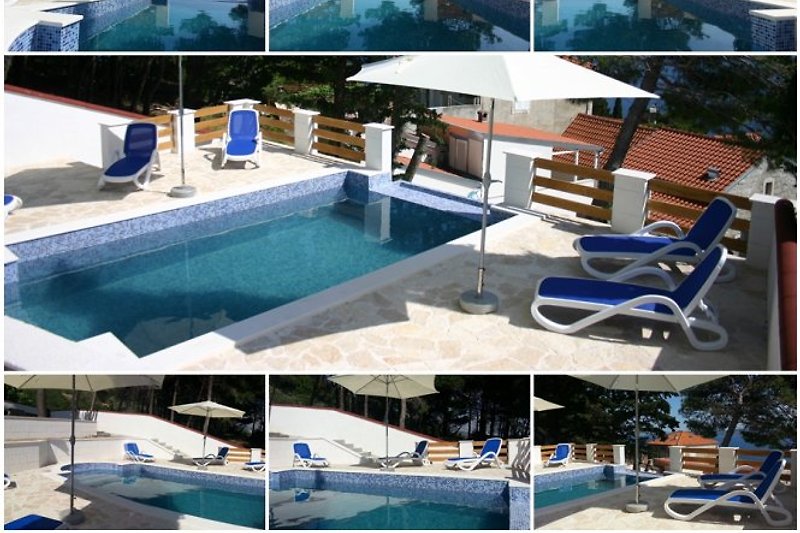 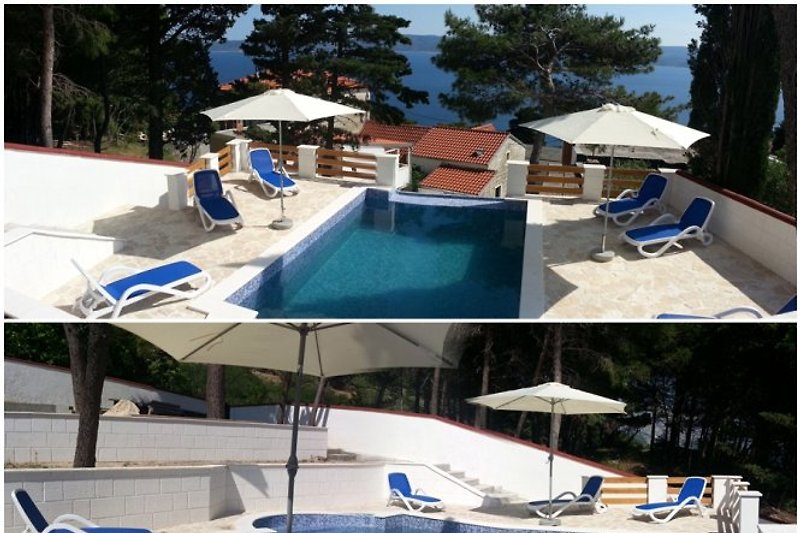 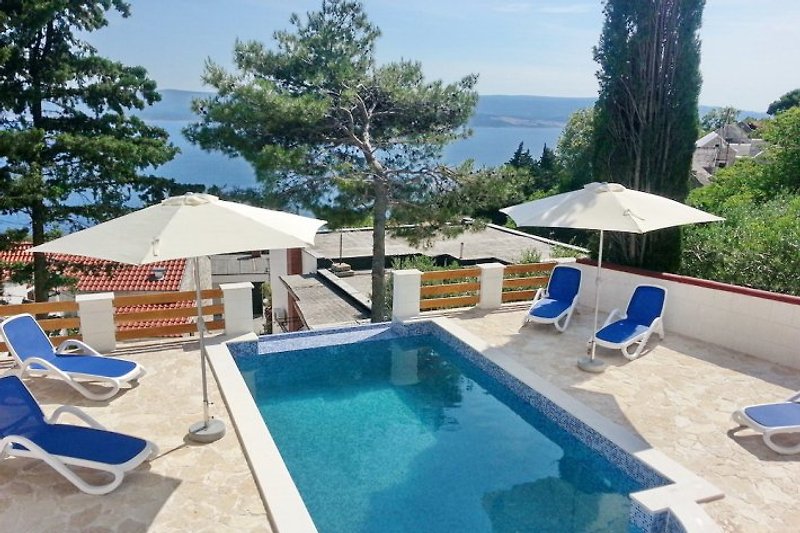 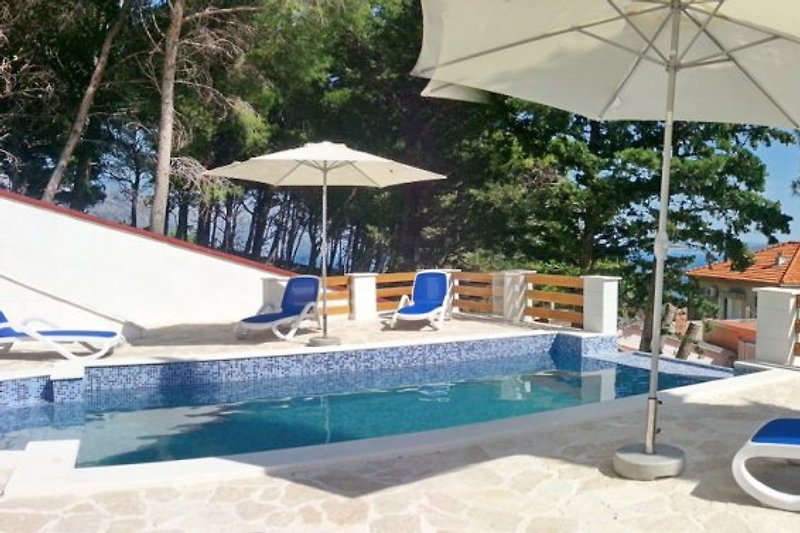 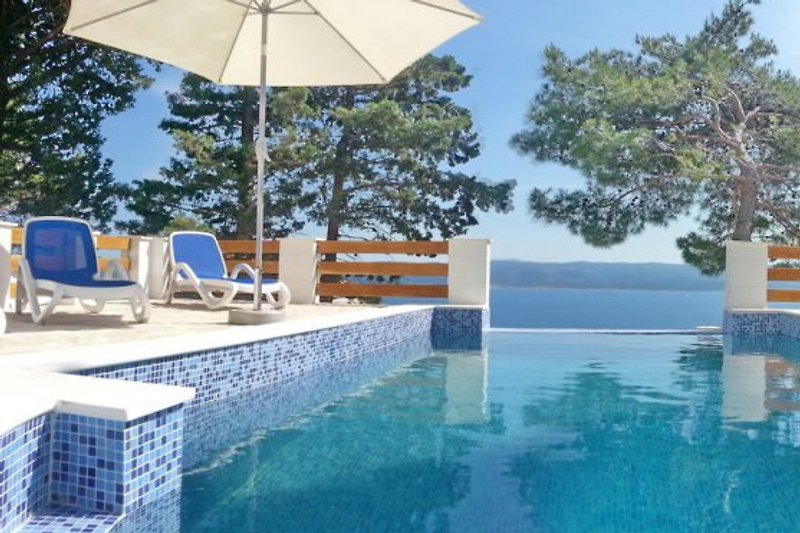 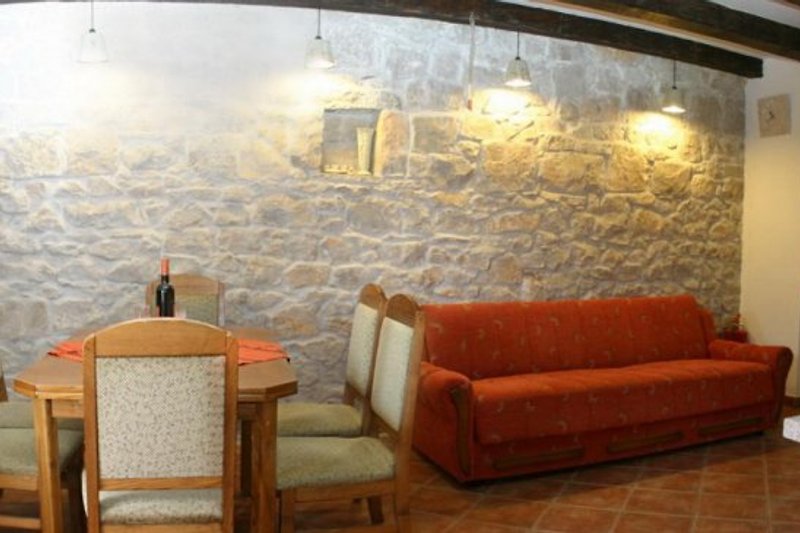 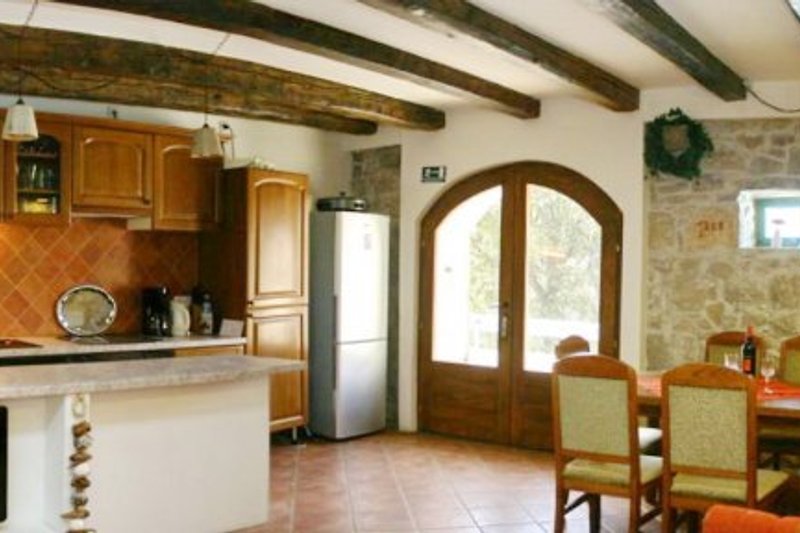 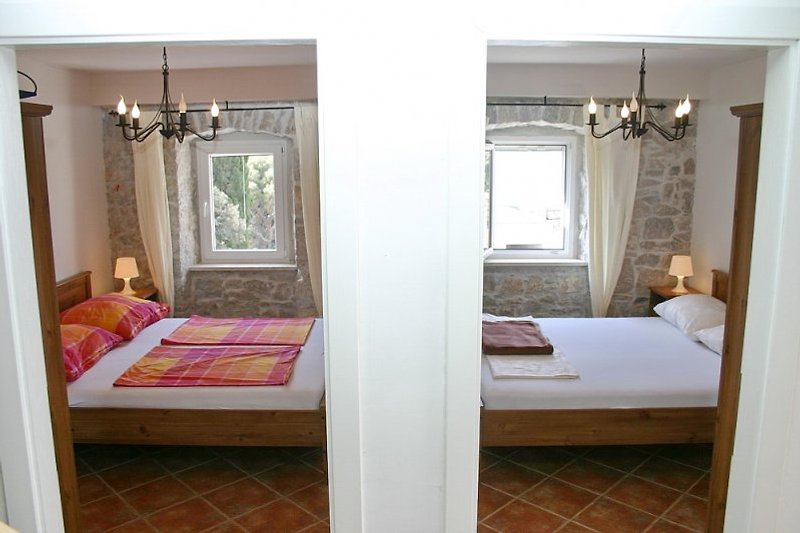 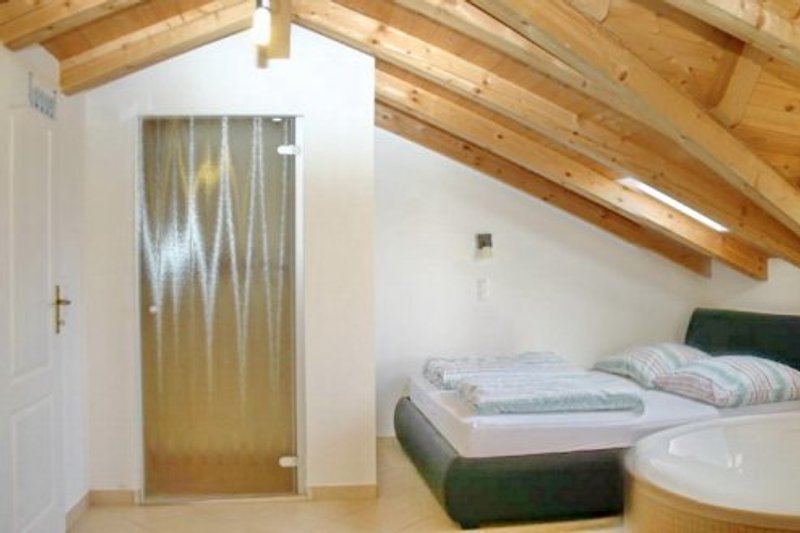 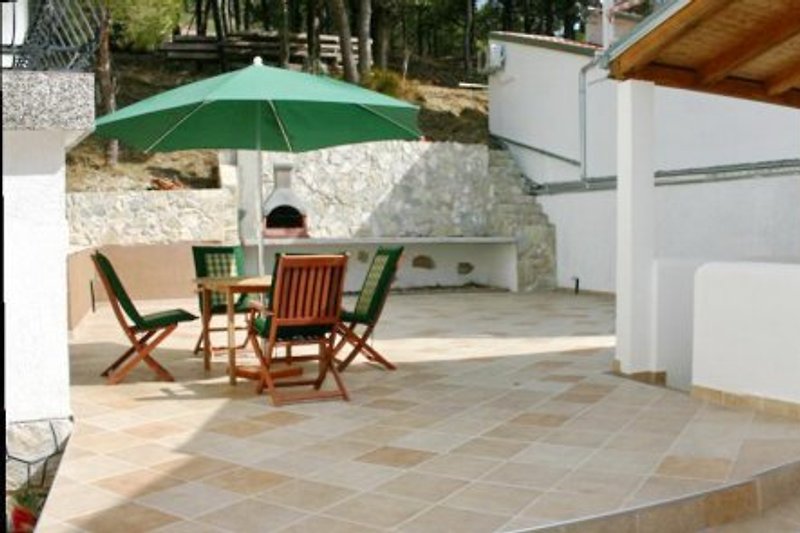 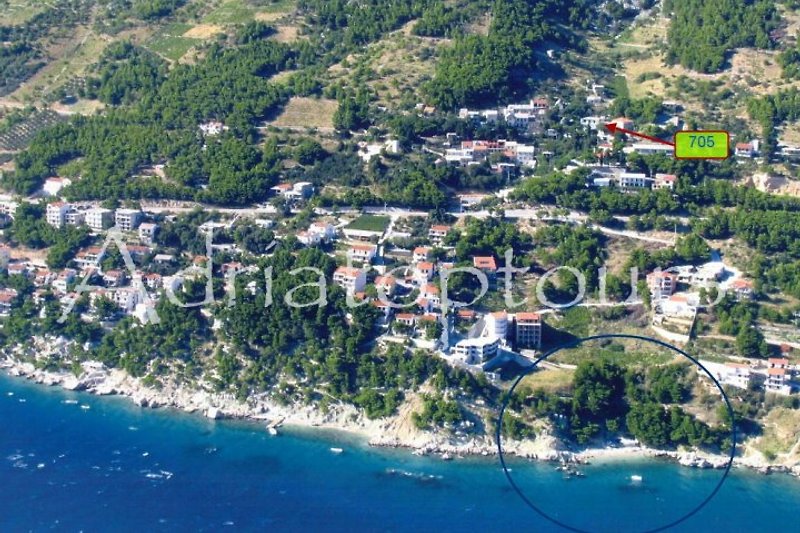 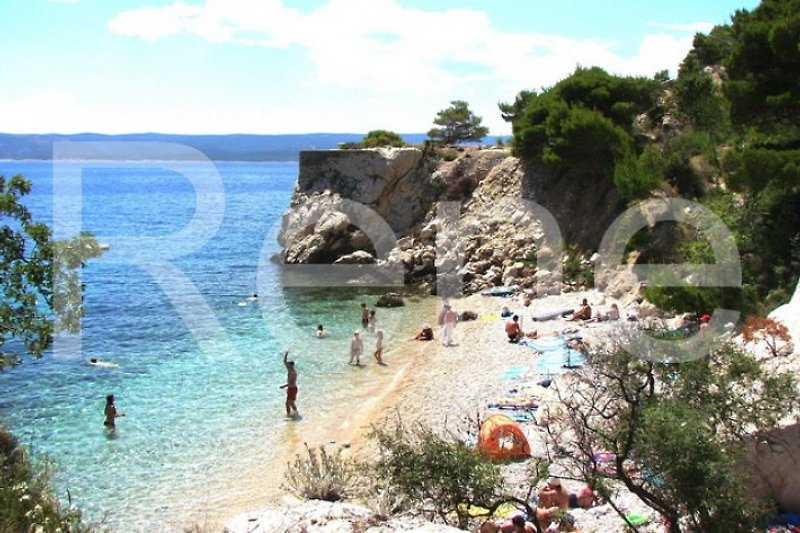 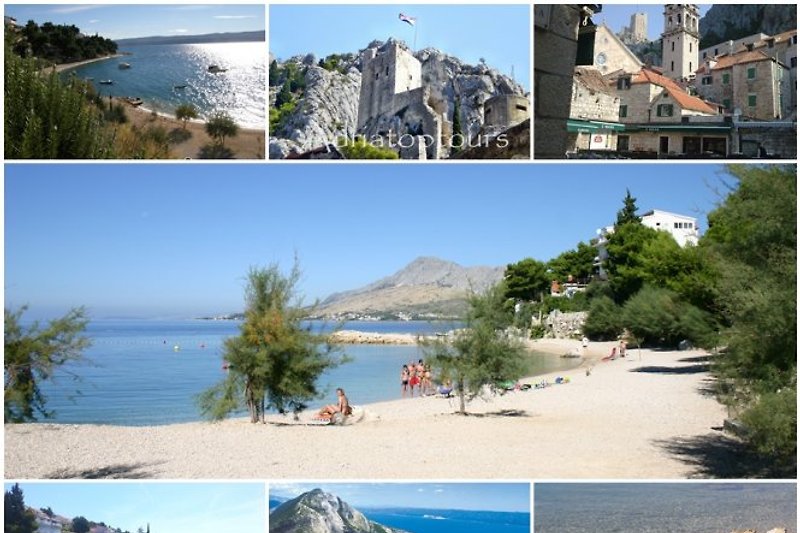 In the holiday region: Croatia Omis

New with pool:
The old stone house built in 1891 is located above the coastal road in the old village center 350 meters (as the crow flies, about 10 minutes walk) from the beach. It has been lovingly renovated with many details.

It has 3 storeys with a huge terrace 90 m² on the 1st floor with a barbecue.
All floors are connected by stairs.
There are 2 entrances one on the ground floor (air conditioning) which used to be the tavern and today has been converted into a living-dining and kitchen area.
Markets and restaurants can be found in the village about 5 minutes walk away.

first First floor (30 m²):
Entrance: 2 bedrooms (2 x double beds) each with its own bathroom (shower/toilet), terrace ca 90 m² with barbecue.
In the bedrooms with air conditioning.

The old stone house built in 1891 is located above the coastal road in the village center 350 meters (approx. 10 minutes) from the beach. It has been lovingly restored with many details.
It has reabuildet , renovaited at 2012 Marusici is a nice, quiet place 15 km south of the town of Omis and 40 km south of Split. There are sandy and pebble beaches with shallow waters, ideal for children's play. The whole Omis Riviera is dotted with bays offering secluded beaches for families and couples. Marusici is ideal for a quiet holiday in a beautiful landscape: vicinity of Cetina River's canyon, Biokovo Mountain, fertile fields in the interior suitable for growing fruit, vegetables and grapes, as well as magnificent pebble beaches are just some of the reasons why Marusici is so popular with tourists. Outdoor enthusiasts can try water sports or go rafting and canyoning on Cetina River. Those who would like to unwind can visit Omis known for its klapas (male vocal groups), konobas (local restaurants), pirates, as well as for its Mediterranean architecture and ambiance.

How to get there: 40 km south of Split on the main road Split - Makarska

prices are - per object - at an occupancy up to: 1 persons

Omis, a small town and port at the mouth of the Cetina river in the littoral of Poljica, 26 km southeast of Split; population 6,079. Economy is based on farming, fishing, textile and food-processing industries and tourism. Extensive sand beaches stretch from Dugi Rat in the west to Ravnice in the east. A 700-m wide shallow stretches off the low sand coast west of Omis, created by the drifts of the Cetina; it has a changing depth (up to 2 m). In the eastern part of the Poljica littoral, between Ravnice and Vrulja, are several coves (Mala Luka, Velika Luka, Lucica and Vojskovo) with sand-pebble beaches. Omis lies at the intersection of the main road (M2, E65) and the regional road, connecting Omis with the countryside in the Cetina valley (via Zadvarje). North of Omis, in the village of Zakucac, is the hydro-electric power plant "Split".

Duce is one of about twenty villages in Poljice, the area at the foot of the Mosor mountainous chain. It belonged in the past to the famous Poljice Republic ruled by the Grand Duke according to the decrees of the Poljice Statute. Such a heritage has left an indelible imprint on that place which is proud of its preserved examples of popular rural architecture. Duce is a small village known for its nice, long sand beach; during the sixties and seventies a number of houses were built to be used as accommodation facilities.
Duce is connected with the hinterland (Zagora) and as such offers excellent home-made food. Entertainment programs are offered in the nearby town of Omis.

We are by a local small family which is here since 2000 in Stanici active.
Consisting of 4 persons nut (Croat), father (Swiss) and 2 children. Emigrated from Switzerland, we are proud that we continue to exist after 16 years.
It is common for offer with our customers on arrival 1-2 days later at the request nor an Individual consultation with coffee.
Since then much like explained: Activities and land and in water, trips, special tips and more food ;-) excursions and special you are also welcome to book with us.
See with great interest towards your message.
Wish you lots of fun and great experiences.
Greeting the Bietrys 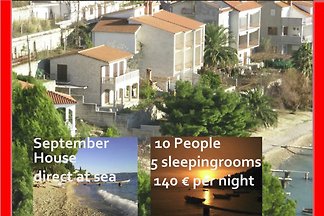 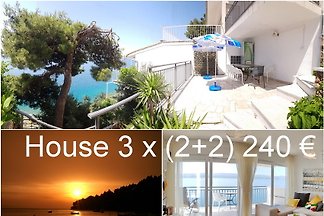 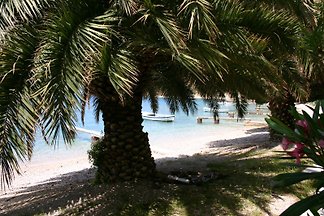