Stone house, untouched nature, birdsong, peace and greenery. Does it sound perfect to you? If your answer is yes, come and see for yourself how beautiful Villa Kamen is, where you are guaranteed to relax with family or friends. A striking combination of blue and white, luxurious stone and rustic architecture makes this villa even more interesting, located in Debeljak, only 5 km from the town of Sukošan.

Sukošan is a suitable place for windsurfing, bocce, fishing, diving, cycling and rafting on the river Zrmanja.

Come and relax in Villa Kamen, a magical and cozy villa where you will surely achieve the peace and relaxation you deserve!

non-smokers only
pets are not allowed
Seniors
children welcome

distance to next shop 5 km

centre of the village 5 km

With its 180 m2 of living space, Villa Kamen offers accommodation to family or a group of friends up to a maximum of 8 people. The ground floor has a modern and fully equipped kitchen, next to it is a dining room with a table for eight people, and a large living room with TV, sofa and coffee table. Upstairs are four bedrooms, with two single beds and three double beds. There is also a TV in each room. Also, Villa Kamen is equipped with 3 bathrooms, two of which are en suite, and contains one separate toilet. Additional facilities offered for use are a washing machine, dryer and iron.

Fully air-conditioned villa Kamen has an outdoor covered terrace with a barbecue, also made of stone as well as the villa itself, and a dining table. Next to it is a swimming pool of 40 m2 which includes 6 sun loungers for complete relaxation and enjoyment of the summer sun.

Inside the yard of Villa Kamen there are three private parking spaces, and one outside.

Younger groups are allowed by prior arrangement. If you are accompanied by children, Villa Kamen also has a cot and a feeder. Villa Kamen is only 5 km away from the town of Sukošan, a quiet place with long coasts and numerous bays, and clean and clear sea, surrounded by islands that stretch into the Kornati National Park. Sukošan has a large marina Dalmatia, a natural complex Tustica, many beaches and small campsites, historic buildings, olive groves and vineyards, hospitable people and tradition. It is a well-known destination for many tourists from all parts of Europe. The history of tourism in Sukošan began in the 1920s. At that time, it was mostly visited by Czechs and Germans, who named the largest beach in Sukošan, "Children's Paradise". 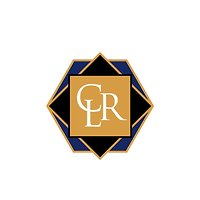