In the holiday region: Civezza 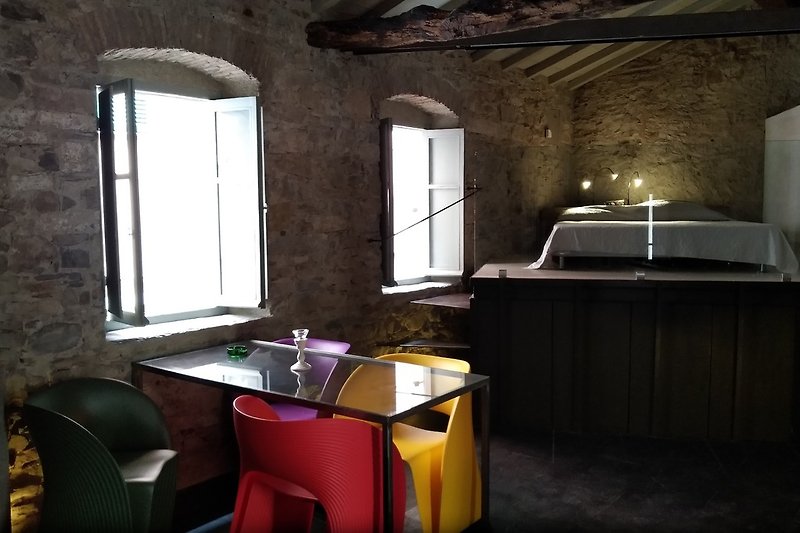 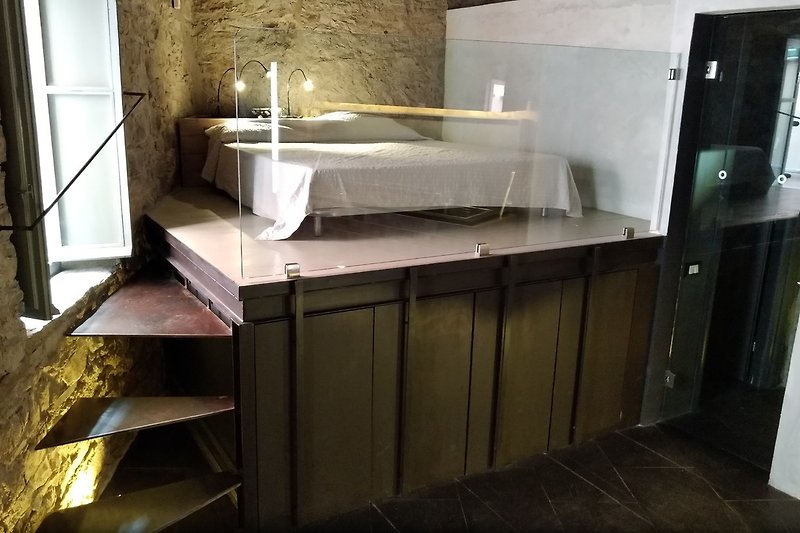 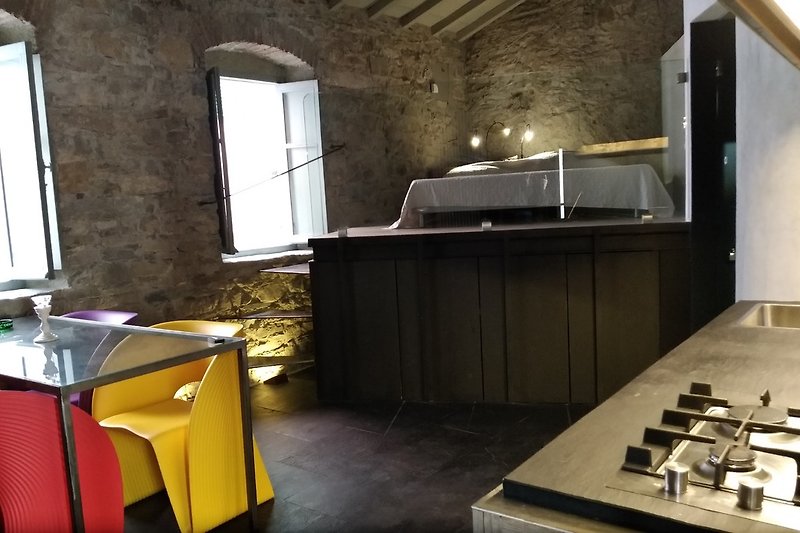 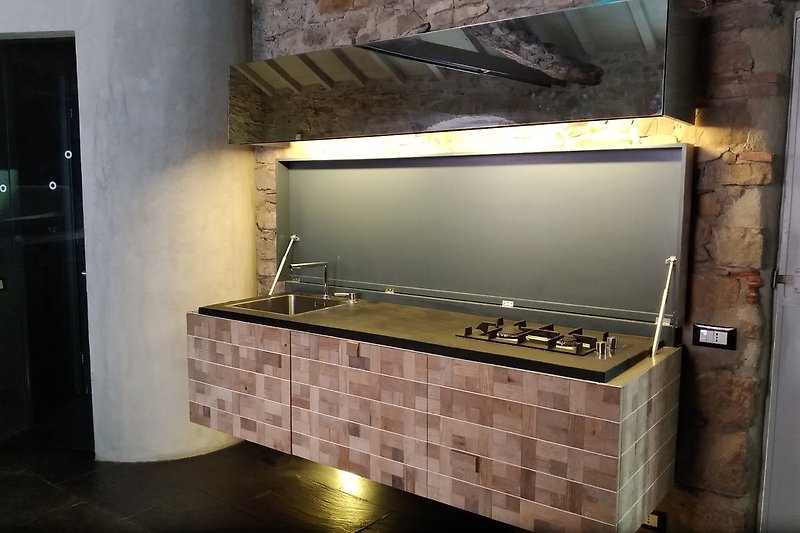 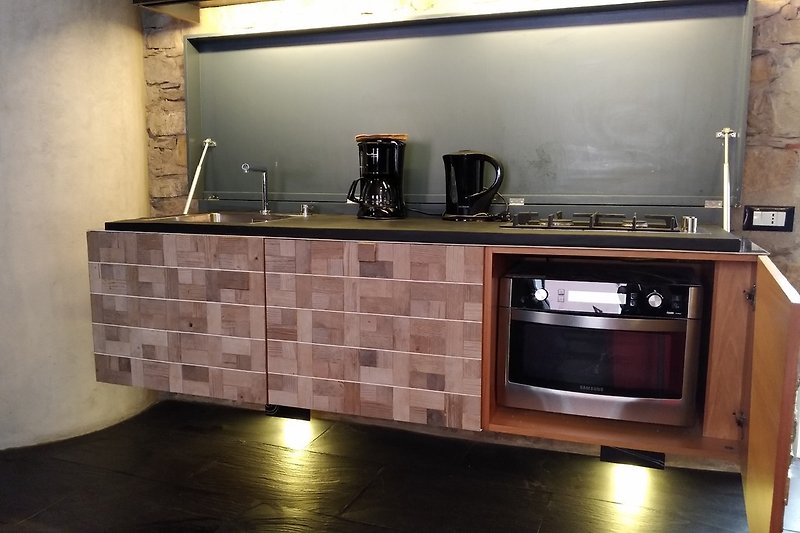 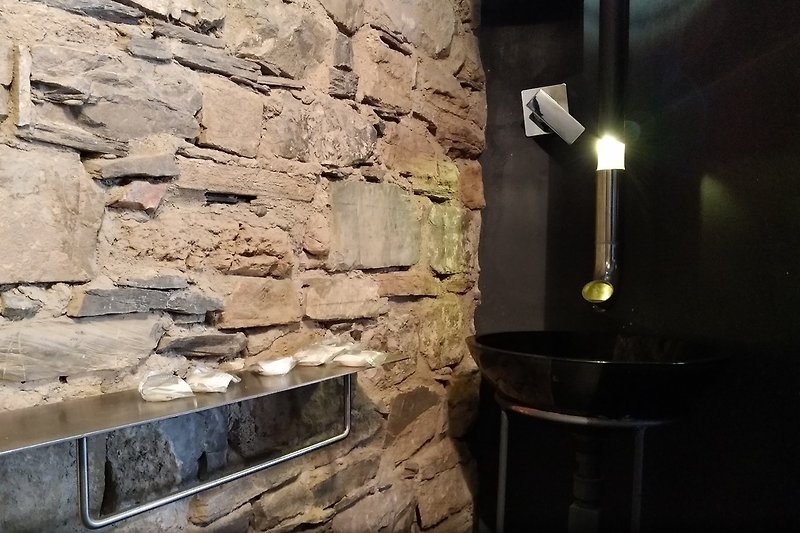 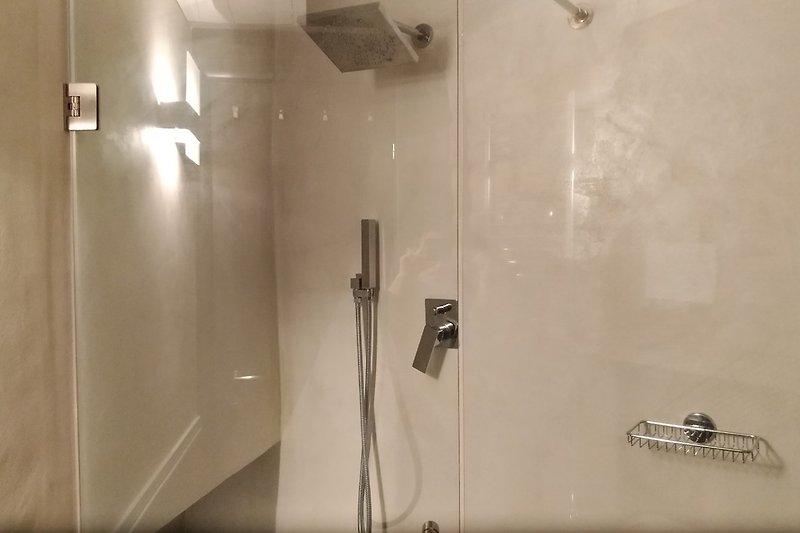 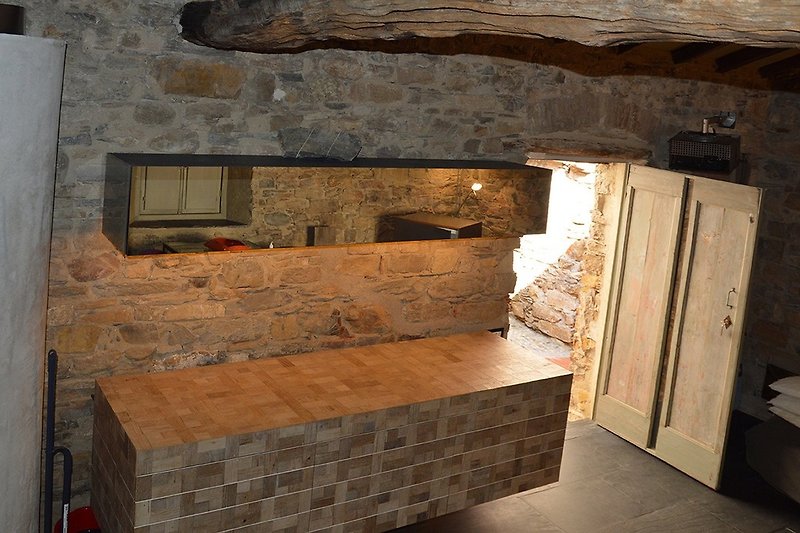 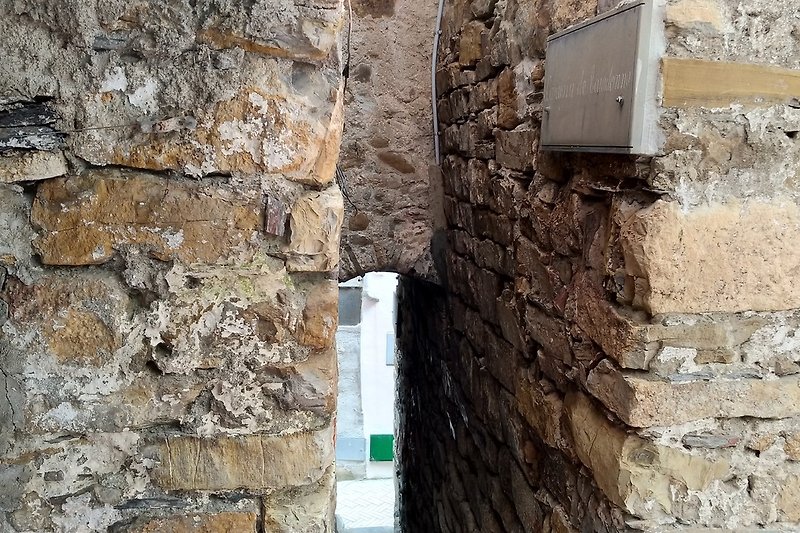 In the holiday region: Civezza

The holiday home is located in a side street next to a small piazza in the centre of the old town of Civezza. It is a typical Ligurian stone house.
The interior design team has created a magical place here. All rooms are very well thought out and precisely planned. All the furniture, the bathroom and the fitted kitchen have been made to measure, using very high quality materials. Lovers of contemporary Italian design will be delighted. The modern technology has been skilfully integrated into the antique structure, many beautiful historical details have been preserved. The guests can feel the history without giving up the comfort.
The small cottage actually consists of only two rooms: a spacious kitchen-living room with a sleeping gallery and a bathroom with shower. The sofa bed in the kitchen offers two additional sleeping places
Next to the house there is an extremely narrow alley, called Caruggio in Ligurian. It is said that if you wanted to kiss a girl, you stood in the Caruggio and waited. The alleyway is so narrow that one could easily, quasi by chance, get a kiss. This is where the name of the alley comes from: Caruggio Baciadonne and also the name of the house.
Casa Baciadonne is not an object for guests who are looking for calmness and seclusion. Here you live in the middle of it all and can enjoy the real Italianita.
Guests have satellite TV and unlimited access to the Internet. The kitchen is very well equipped, there is of course also a washing machine.
In the colder season the house is heated by gas heating. This is paid according to consumption.
You can park on one of the public, free parking spaces in the village.

Civezza is situated on a ridge in the hinterland of Sal Lorenzo al Mare.

Historical documents report that Civezza was founded by three Venetians who fled their country for political reasons, built it in the form of a gondola and gave it the name from the Latin "Cives Etiam".

In fact, the "gondola" floats between the olive groves and offers a breathtaking panorama: the sea to the south, Monte Faudo to the north with the villages of Pietrabruna, Boscomaro and Torre Paponi on the slopes.
Along the village there are 5 Saracen towers, bulwarks built for sighting and defence against the pirates' invasions centuries ago.
The old town consists of a labyrinth of alleys called caruggi, stairs and small squares. In the village there is a good pizzeria "le Cinque Torri", two grocery stores, a minimarket open daily on the main road from the sea to Civezza, a post office and a pharmacy.
In summer Civezza organizes numerous festivals, music concerts and tasting of local specialities
There are free public parking spaces in various areas, one of which is 50 metres from our houses.

The nearest seaside resort San Lorenzo al Mare, only 2 km away, has beautiful free sandy beaches. There you don't have to pay any entrance fee, you can rent deck chairs, but you don't have to
The small old town, which ends at a promenade lined with palm trees, has some good restaurants, bars, shops and very good ice cream parlours, small but nice. From our long experience we can say that in San Lorenzo you will have no problem finding a parking space even in August. From here the newly built "Pistaciclabile" - the longest bicycle path in Europe - leads along the old railway line directly along the sea to far behind San Remo. You can rent the bicycles comfortably in San Lorenzo, the route is completely free of cars, runs without big differences in altitude and is also well passable for children. You can also rent child seats with the bikes
In summer there is a shuttle bus between Civezza and the sea (San Lorenzo al Mare)

Those who prefer mountain biking will find very beautiful and scenic routes from Casa Maria via Civezza to Santa Brigida and on to Monte Faudo (1149 m).

The provincial capital Imperia is only 8 km away. Along the sea, in the direction of Imperia-Porto Maurizio, there are a lot of interesting places, among others the "Sarri" with a Michelin star. Along the promenade you will find many beaches, both private and public. It is worth walking a little further to see one of the most beautiful corners of Imperia: the small fishing port of Borgo Foce. Above it is the old town quarter: Il Parasio.

Imperia consists of two parts, Porto Maurizio and Oneglia. In Oneglia, which lies further east, you will find a second port, some very clean pebble beaches and many interesting shops. If you want to do some shopping, go to Oneglia. In both parts of the town there are beautiful, large weekly markets. The details can be found on my homepage under "Information".

prices are - per object - at an occupancy up to: 1 persons

The heating costs are paid according to consumption.
availability 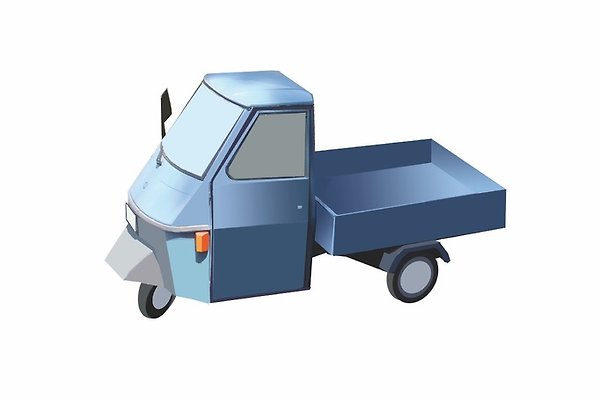 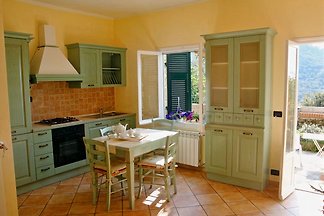 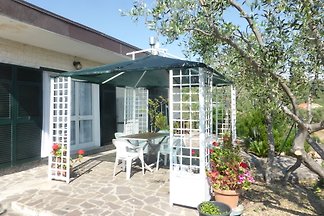 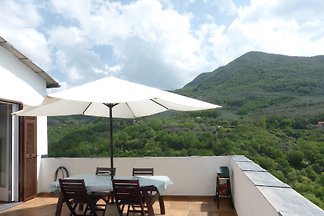