the warmth of wood
the elegance and the comfort of the parquet
the ambience of a mansard roof
the charme of a cool loft
You just need the keys, nothing else!!!

INSIDE, the apartment provides a practical location for people looking for an apartment in Palermo in any period of the year, occasionally or frequently, whether you are on holidays or on business.

OUTSIDE, in a few minutes just walking, you can promenade the seaside from where you can look the entire gulf of Palermo, visit the most important historical sites and the Botanical Garden and you can taste all the tipical gastronomical specialities of Palermo.

distance to next shop 0.1 km

centre of the village 0.3 km

distance to next airport 30 km Puntaraisi

An excellent location in the hystoric city centre of Palermo, in the most ancient (900 AD) arabian district called "La Kalsa" (the Elect by the Emir) caracterized by a lot of cultural and hystorical sites easy to reach on foot in a few 5 minutes by bus from the Port and from the Central Station, less than 50 metres from the seafront “Foro Umberto I” recently turned into a green promenade enriched by Washington palms, coloured sculptures by the famous architect Italo Rota from Milano.
Palermo is a fascinating place to visit, whatever your particular interests. From stunning churches and architecture to beautiful beaches, bustling markets and Italys biggest botanical garden, you will have no problems occupying your time in this historic city.
Palermo is the capital of Sicily and the fifth largest city in Italy (660,460 inhabitants, and over a million if we include the suburbs). In the middle of the Mediterranean sea, Palermo - the cradle of ancient civilizations - has always been a crossroads of cultures between East and West: a strategic transit place, a privileged port of call for commerce and trade, a landing-place for people of various race, language, and religion. Palermo has always enchanted visitors and foreigners alike with the charm of its location, the mildness of its climate, and the splendour of its buildings. And for these same reasons it has, over the centuries, been dominated by a succession of different is one of the few cities in the world that have preserved considerable traces of the culture of their successive conquerors: from the Romans to the Byzantines, from the Arabs to the Normans, from the Swabians to the French, from the Spaniards to the Austrians, they have all left unmistakable marks of their passing; and these are invaluable testimonies, since this convergence of different styles and shapes, from the North of Europe to Africa, from the Middle Ages to the Baroque period, has given birth to a variety of absolutely original artistic, architectural, and decorative is also characterized by the fact that, despite its mixture of different cultures, the city has maintained its identity as a capital city which at all times has succeeded in combining the best of what other nations could offer with its own people’s vocation for freedom.

Check in , check out

The Holiday flat has no reviews 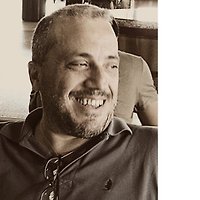 END_OF_DOCUMENT_TOKEN_TO_BE_REPLACED Learn more about the host

Hi, my name is Pietro, I'm 53 years old living in Palermo, a sunny city of Sicily. I rent my cozy loft to people looking for an apartment for holidays or business in any period of the year. My loft has hardwood floors, ceiling vaulted with traditional log beams and wood decking, a well equipped and modern kitchen, with a clothes washer, a wardrobe closets and built in drawers just off the bath. I'll be glad to do my best to make pleasant your stay in my apartment!