Featured for families with children

The Vaticano consisting of a house no (Serena) a farmhouse (Pino and Ciliegio) and separately a farmhouse where the owner lives with his family, there are vegetables, fruit, olive oil and wine. Apartment Ciliegio & Pino is on the ground floor, both have a separate entrance. The third apartment on the first floor has a permanent tenant. All apartments are maintained and welcoming. Pino consists of a large kitchen with sofa, TV, 1 double bedroom - bathroom with shower, toilet, 1 room with bunk bed, 1 bathroom with shower and toilet. Our own garden, a children's playground and a barbecue are the guests. In summer, a swimming pool for the guests with 80 cm high water. A covered parking is available. The Vaticano is excellent for families with children. The owner himself has a dog. This is an automatically generated translation. See the original text by changing the language to german.

centre of the village 2 km

distance to next airport 60 km Pisa

Only km from the long, sandy beach and the shady pine forests of Marina di Castagneto Carducci, surrounded by olive groves, is "The Vaticano" Castagneto The village is situated on top of a hill, the country and the adjacent sea dominates, and spreads around the year 1000 from the estate of the family born Della Gherardesca. Castagneto Carducci is characterized by paved streets, natural terraces, the look of the sea, old crafts shop and distinctive restaurants. It meets important historical evidence, such as the district court building, which today is the town hall and the churches of San Lorenzo and SS Crocifisso, wooden cross in the 15th Century The town, originally Castagneto Marittimo meant the beginning of the 20th Century its name in honor of the poet Giosuè Carducci amended, which make a large part of his life spent, His house is now a historical certificates to rich museum.

surcharge per additional person / 40,00 € per week
prices are - per object - at an occupancy up to: 4 persons

The Holiday flat has no reviews 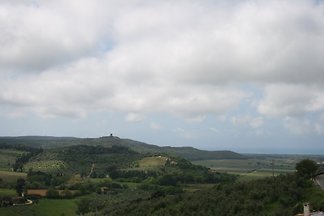 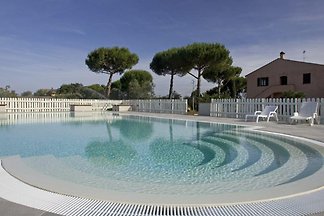 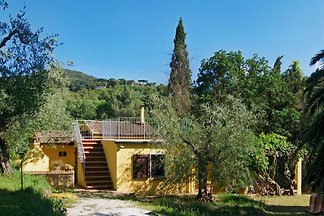 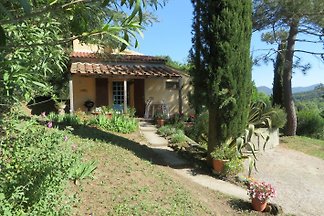